As Arts Criticism Transforms Online, Tools and Tenacity Are Required 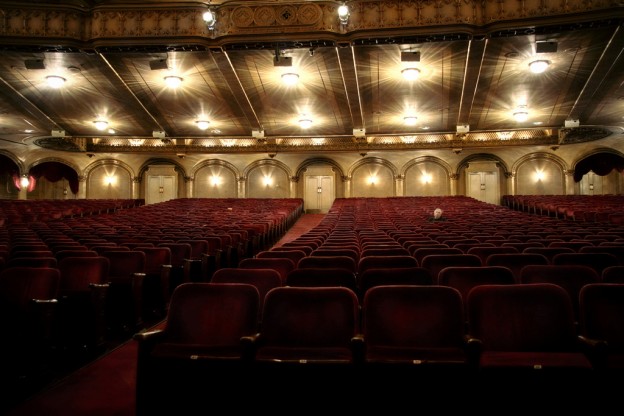 Photo by Kevin Jaako on Flickr and used here with Creative Commons.

Because of these and many other reasons, it’s not exactly the most desirable, sexy, nor lucrative time to be an arts and culture writer or reporter.

"Smart culture conversation online strives to evaluate the relevance and meaning of art, a lifestyle trend, a film, or piece of music. "

And yet art continues to happen, and millions of people worldwide continue to consume it in myriad ways and through more outlets (YouTube) and platforms (Tumblr blogs, Twitter feeds), and devices (tablets, smartphones). Reports claim the entertainment industry is growing, and a broad, optimistic look at the music industry shows growth, not decline. Those of us who pay attention and are engaged in the larger conversation about arts and culture soldier on as best we can, and we do so more and more on the web.

More competition, but more tools too

If only Bradley’s arm was longer. Best photo ever. #oscars pic.twitter.com/C9U5NOtGap

Blogs and tweets enable anyone with Internet access and an opinion to write reviews, and publications like the Guardian solicit reader reviews on new music, so we have more competition. It’s exciting to see more people giving their opinions on art, food, and culture — with more voices comes more competition to be heard. How do we rise above the din? Tenacity and tools.

Smart culture conversation online strives to evaluate the relevance and meaning of art, a lifestyle trend, a film, or piece of music. That conversation comes not in the form of endorsements (“must see!”) or binary thumbs-up/thumbs-down judgments, but truthful, provocative, clever reasoning of precisely what any piece of culture is aiming to do and how it’s doing it.

This happens in 142-character tweets that evoke clear meaning and link to evidence of what’s being discussed. It happens with purposeful headlines that serve the story rather than misrepresent it. It happens by way of rich multimedia that immerses us in the art itself, in open, online community dialog with the artists themselves, in lengthy conversations, and through visualized data investigation.

The tricky part is that no one does this work for us or tells us precisely what story to tell or how to tell it. The platforms, apps, and devices are there, but it’s up to us to figure out precisely how to use these tools to render something useful for readers, users, and people interested in how art and culture is evolving.

And at the end of the day, there’s no “gaming the system” in producing content about culture online. Shortcuts and tricks aimed at getting clicks may help drive readers to your site, but what happens when they get there? How long will they stay? Is there a sufficient, consistent amount of truth in the culture conversation they find there?

Gary Moskowitz is a freelance arts & culture writer and reporter based in San Francisco. He writes for the Economist and SF Weekly, and has written for TIME magazine, the New York Times, Mother Jones, Newsweek, San Francisco Magazine, and other publications. He teaches journalism at California State University, East Bay. On March 25-26, he will lead the workshop “Arts & Culture Storytelling on the Web: Creating an Authentic, Meaningful, & Consistent Narrative Voice Online”at kdmcBerkeley at the Graduate School of Journalism UC Berkeley.

One response to “As Arts Criticism Transforms Online, Tools and Tenacity Are Required”