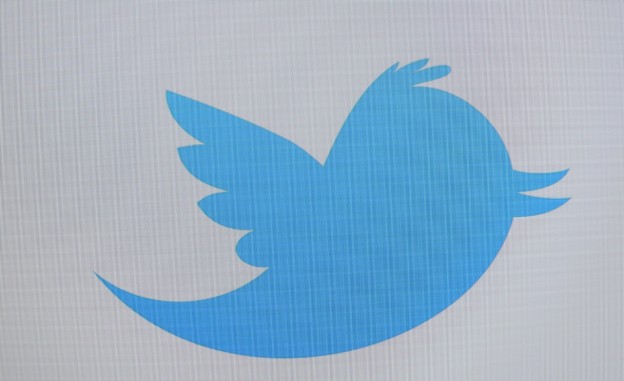 Twitter can make or break a journalist’s (or indeed an educator’s) reputation in less time than it takes to write the typical headline. We have only to Google “Octavia Nasr” or “David Guth” to see the consequences of using of 140 characters without thinking enough.

But despite Twitter’s prominence in journalism, there are few guidelines on best Twitter practices publicly available outside newsroom policies.

But despite Twitter’s prominence in journalism, there are very few guidelines on best Twitter practice publicly available outside newsroom policies.

Every semester I look – in vain – for a simple set of guidelines that is not 100 percent newsroom policy. So I developed a mashup based on guidelines from the RTDNA, the American Society of Newspaper Editors, the Canadian Association of Journalists (CAJ) and information gleaned from an evolving list of publicly available newsroom policies here.

I’ve found some encouraging efforts from the Online News Association, which has launched an initiative on the ethics of social newsgathering, and the Society of  Professional Journalists, which is discussing amendments to its existing codes of ethics. But on the whole, U.S. journalism organizations have been slow to address social media in their codes of ethics.

It’s the same story in several other English-speaking markets. With the honorable exception of the Canadians, the following organizations do not currently include social media in their codes of ethics: the National Union of Journalists in Britain and Ireland, the Media Entertainment and Arts Alliance in Australia or the Engineering, Printing and Manufacturing Union in New Zealand.

These are important voices. As the codes of ethics evolve around social media it is vital to hear from organizations whose focus is the practice of journalism rather than business.

In the meantime, I’ve compiled this set of Twitter guidelines based on the publicly available policies and interviews with leading social media practitioners and experts in the U.S., Britain and Australia.

Think before you tweet. This might sound obvious, but if veteran journalists can get caught out, you can too. Keep it simple. “Don’t post anything you wouldn’t want your boss, your mom or the president to see,” said Kim Bui via Gchat. Bui, a senior breaking news producer at New York-based Digital First Media’s Thunderdome, said: “It’s worth it to take a minute to think about how others will view what you post.”

Take some time to get familiar with using Twitter as a journalist rather than a personal user. “First, watch and listen,” said Chris Hamilton, social media editor at the BBC, via email. Lauren McCullough, deputy managing editor at Breaking News and former social media manager at the Associated Press, agrees.

“See how other organizations and journalists use Twitter and learn from them,” she says. It is never too late to jump in and start following news orgs and public figures and journos related to the areas you are interested in.”

Don’t get into arguments online. It’s a good idea to debate issues (to a point), but arguments can get ugly quickly and should be taken offline. Hamilton says: “Debate, but don’t argue (unless you have to). Avoid giving offense and taking it too easily.”

Don’t say anything that compromises your impartiality. This applies even as many academics and journalists are calling for greater transparency online. New and student journalists are best advised to avoid expressing personal opinions on hot-button issues. As McCullough says, “You have to be careful what you say and never say anything that is going to compromise your objectivity.”

6. Make sure others know you’re a journalist

Always identify yourself as a journalist and ensure your Twitter sources know that you might be quoting them. In an email interview, Australian academic Julie Posetti said: “Don’t assume other users understand and accept that their answers to your questions posed on a social media site are fair game for mainstream media publication.”

7. Be careful with the RTs

Don’t use a locked or private account on Twitter. Many students ask if they can keep a private account for “personal stuff,” but I advise against this on two fronts. As the NPR guidelines emphasize, “Nothing on the Web is truly private,” and the idea of two accounts goes against the point of social media. McCullough says students need to be smart about Twitter. “Journalists should be using social media to focus on building a following and cultivating an audience.”

9. Know your friends and followers

Check your friends and followers regularly to make sure that sure that you are following people and organizations from all sides of any issues. Twitter Lists are extremely useful in helping to to avoid real or apparent conflicts.

And finally, if you do make a mistake, own up to it as quickly as possible. Don’t delete the tweet! Not only will it make you look untrustworthy, but deleted tweets can live on through screengrabs or third-party applications. “If you make a mistake, acknowledge it and apologize, quickly,” says Hamilton.

This article (and the tips) are drawn from research for a chapter in the forthcoming Routledge book, “Ethics for Digital Journalists: Emerging Best Practices,” edited by Lawrie Zion and David Craig. Please feel free to remix them for your own use or suggest more guidelines for the curated list.

Assistant professor Kelly Fincham teaches journalism at Hofstra University, where she developed the award-winning Long Island Report. She has worked in journalism in New York, Dublin and Sydney and is the founding editor of Irish Central. Her website is at www.kellyfincham.com and she’s on Twitter @KellyFincham.

One response to “11 Steps to a Better Twitter Stream”