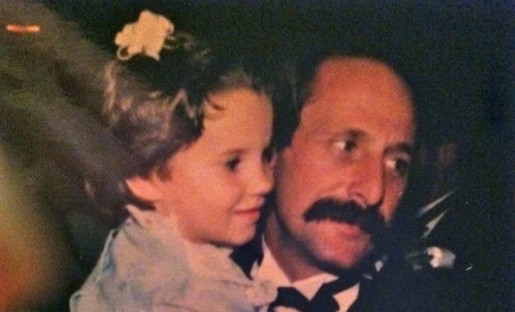 Janna Leyde and her father.

"I knew my audience. I had passion and enthusiasm behind my product that I was not afraid to share." -Janna Leyde
ADVERTISEMENT

Janna Leyde is a freelance journalist and a yoga teacher. “He Never Liked Cake” is her memoir about dealing with her father’s injury after a car accident when she was 14 years old. Sixteen years later, Leyde chose Pubslush to raise funds to publish, edit and market the book: a survivor’s memoir about a car accident that gave her a “different father,” with Traumatic Brain Injury (TBI). Her memoir was written for her “14-year old self,” she says. It describes “the new normal,” and it’s a book “for everyone, because it is a story about how to embrace life when it doesn’t work out the way we had it planned.” Important to the success of the campaign was her mission to make people aware of the rising incidence of TBI “as soldiers come home with invisible wounds and as injured sports heroes start to speak up,” and to “expose the personal struggles compounded by battles with insurance companies.”
ADVERTISEMENT

Leyde says she chose Pubslush because “it was oriented toward book publishing, rather than all startup projects across the board.” She says that she also appreciated their cause of giving a book to a child in need.

As one of Pubslush’s first authors, “it was as if the site were operating in beta,” says Leyde. “No one was really sure what to ask for in terms of a final goal, so I went very high vs. low. (mostly because, unlike with other crowdfunding platforms, I would receive all of the money I had raised whether or not I had met my goal). My goal was $40,000, because at the time that is what Seth Goden (on Kickstarter) asked for. Given the opportunity to do this again, I would not go that high.”

She received nearly $16,000, though she’s sure she would have raised more but for a snafu due to changes in the company. “I lost quite a few original supports on what I call the ‘second round.’” She’s not bitter though, explaining that it’s “nothing that companies just launching don’t go through. They were brand new and I knew that. I support their cause, their business, and I would have been a fool to expect things to run perfectly smoothly. I’m very happy with my choice.”

Leyde already had a strong network, which she thinks is necessary to a successful campaign.

“I knew my audience. I had passion and enthusiasm behind my product that I was not afraid to share,” she said. “I set up a marketing schedule, which allowed me to keep in touch with my networks over time and get them excited about the campaign. I used social networks. I had my elevator pitch down pat. I was not afraid to ask for help.”

One Person a Day

“I decided that every single day I would make sure I told one person I didn’t know about my book and about how to support it on Pubslush, and I made business cards that I handed it out. I made sure I did this every day, hard as it was some days. The people I told ranged from Starbucks baristas, servers, cab drivers, friend’s boyfriends, nurses, shop openers, bartenders. Every single day — at least one person. Whether that was hugely effective or not, I’ll not know, but I do know that it strengthened my conviction in my endeavor, it sharpened my elevator pitch, it made me very open to talking about my cause, and I met some interesting people.”

You Get What You Give

“You will get out of it the work you put into it. I put a lot of work into this, but I am so thankful that I did, because once my book was published, I knew I already had hundreds of people that were just as excited about it as I was. And if you don’t know your audience, then crowdsourcing will absolutely show you who it is.”

“And here is the only disappointment/frustration of my book publishing process — investing in Balboa Press. ‘He Never Liked Cake’ did not see the benefits of the Pubslush fund — Balboa did. I didn’t know at the time that Balboa Press is not directly affiliated with the publisher Hay House, but with the technology company Author Solutions. Today I would choose a DIY method (or even the traditional) in a heartbeat. I would say that 99 percent of books I’ve sold (e-book and print) has been a direct result of my personal efforts — be it word of mouth, social media efforts, and through brain injury organizations.”

(Author’s note: Balboa Press is a division of Hay House that describes itself as a self-publishing company specializing in self-help books with a positive message. It’s run by Author Solutions, as are Westbow Press [on behalf of Thomas Nelson], Archway Publishing [Simon and Schuster] and LifeRich Publishing [Readers Digest], along with AuthorHive, AuthorHouse, Booktango, iUnverse, Trafford and Xlibris. See a previous article The Pitfalls of Using Self-Publishing Book Packages for more insights.)

“I am finishing up ‘Yoga for Brain Injury: Move, Feel, Think’. As a yoga teacher, I am developing and witnessing the benefits that come from a regular, basic yoga practice for brain injury survivors, which not only focuses on physical mobility but also benefits cognition, behavior and emotional response. This is important because no one is really looking at this yet. It’s a colorful manual of 20 poses that show readers how to do them and explains the benefits of each, and also includes some yoga tidbits. And I have a great illustrator! In truth, choosing how to publish scares me, though I’m leaning toward DIY over pitching to literary agents again. In fact, I plan to launch a new Pubslush campaign for this book in January.”