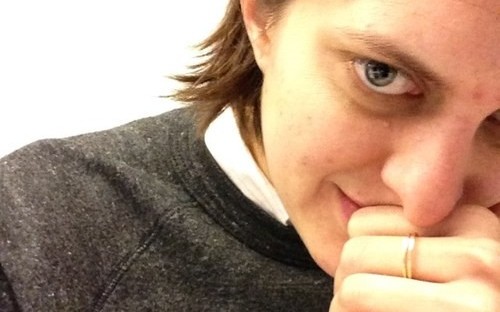 If anyone knows the power of Twitter for journalism, it’s Erica Anderson, who helps journalists and public figures make the most of the platform.

Anderson, product marketing manager for Twitter, launched an online toolkit for journalists, Twitter for Newsrooms in 2011. That year, she also co-produced the first online Town Hall session for Barack Obama, when he became the first U.S. President to live tweet.

“It’s kind of like digging for gold. Maybe you’ll see high-quality responses right away, maybe not.” -Erica Anderson on crowdsourcing

Before that, she was digital strategist for CBS News anchor Katie Couric in New York. Anderson earned her Twitter handle @EricaAmerica when she was covering the 2008 Presidential Election for MTV News.

“As someone who’s studied journalism, for me there’s this kind of intereconnectedness between Twitter and our industry that’s really inherent and compelling,” she said during an Oct. 3 presentation at the International Center for Journalists. “I look at Twitter as a fundamental tool to break and share news, to drive conversation around what interests you and to engage your audience.”

Here are some of her tips for taking full advantage of the platform:

Having your Twitter account linked to your mobile phone can be helpful when you’re reporting from the field, especially in countries where it is difficult for visitors or newcomers to get an affordable data plan. Just text “START” or “SIGNUP” to a country-specific code and you can start texting tweets directly to your timeline.

“Twitter is 140 characters because 160 characters is the max you can text, so it’s always been a text messaging based service,” Anderson said.

2. Nevermind the number of characters, just craft the best tweet you can.

Some people prefer to use fewer than the allotted 140 characters, making it easier for people to retweet them because they won’t have to edit the tweet. But Anderson suggests taking advantage of the white space.

3. Build a relationship between the newsroom and what its journalists are tweeting.

When individual journalists tweet their stories before the newsroom gets a chance, or offer peekaboo tweets to breaking news, it can sometimes prove difficult to define that working relationship, but the BBC found a good way to tap into its talent.

BBC Middle East Bureau Chief Paul Danahar covered events from Syria when very few journalists could get into the country, and also live-tweeted the fall of Libya’s Moammar Gadhafi from his own Twitter account. The BBC tapped into Danahar’s coverage and used his best tweets as ledes for full stories.

4. Use clients like TweetDeck to “find the signal in the noise.”

TweetDeck, which Twitter bought in 2011, is a tool that lets you monitor multiple topics, searches and accounts in a streamlined way. But the real power in this tool lies in its ability to filter information by a number of factors to quickly find the nugget of information you need, letting you mute the topics by word or user that are irrelevant to the conversation.

Filter by private or public lists, by verified users, by content type (such as tweets with videos or images) or by certain words. You can also filter by level of engagement to see only high-quality tweets, including those that only received a minimum number of retweets or interaction.

Hashtags get a lot of flack these days, but that doesn’t mean they’re useless. Anderson said Twitter’s research shows that hashtags help to pump up visibility. “Never have an event without a hashtag,” Anderson said. “It’s the most obvious place that a hashtag is really useful.”

Display the chosen tag prominently throughout the event, whether on materials you hand out or on a whiteboard or projection, along with the Twitter handles of anyone speaking at the event. Easy accessibility to this information will make it more likely that participants will bring the conversation online.

If your newsroom wants to engage its audience in conversation about a specific issue, have the outlet’s core Twitter handle join forces with individual journalists’ accounts. Come up with some “tweet copy” around a particular question, and have each staffer post it at different times, then monitor the reactions.

“It’s kind of like digging for gold. Maybe you’ll see high-quality responses right away, maybe not,” Anderson said. You can also try @ mentioning people who are experts in the field and ask them to share your prompt. But try to establish relationships with experts first. Follow them, favorite one of their tweets or engage with them in a sincere way before you start asking for favors.

This post originally appeared on the International Journalists’ Network’s site, IJNet.org. IJNet helps professional, citizen and aspiring journalists find training, improve their skills and make connections. IJNet is produced by the International Center for Journalists in seven languages—Arabic, Chinese, English, Persian, Portuguese, Russian and Spanish—with a global team of professional editors. Subscribe to IJNet’s free, weekly newsletter. You can also follow IJNet on Twitter or like IJNet on Facebook.

Correction: This story has been updated to correct an error in numbering the tips. Apologies.