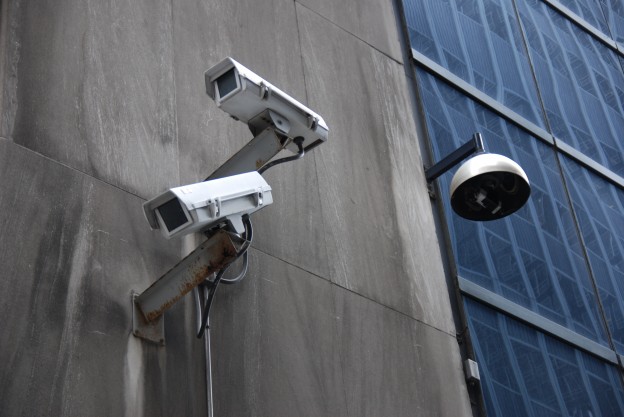 It’s been the story of the year, and it led to two Online News Association awards for the Guardian as well as a keynote breakfast session at the 13th annual ONA conference in Atlanta.

“It” is today’s digital surveillance society, personified in 2013 by the Edward Snowden revelations about National Security Agency behavior. And its shadow was evident in ways large and small at last week’s ONA conference.

"Journalists, like statisticians and scientists, should be more concerned with truth than appearances." -Nate Silver

We are living in a new state of “asymmetry” between how government can access our information versus our ability to know what that access entails, according to Nabiha Syed, a media lawyer and founder of Drone U and the Drone-List. What’s missing today are clear and transparent procedures that protect rights.

A call for secure practices

At that same breakfast keynote, Micah Lee, technologist at the Electronic Frontier Foundation (EFF), told ONA participants that journalists need to learn about secure and safe communications. Today. Otherwise, sources may dry up.

Encryption and good security practices are essential if journalists are to protect information and machines. Stray reminded participants that encryption protects the content of a message or document but not the meta-data surrounding it, such as author or recipient.

And drones! The Knight Foundation Drone Journalism Lab operated in the Midway. Plus, Webbmedia Group’s Amy Webb had Matt Waite demo a drone flight in her tech trends talk, one of the most popular sessions each year.

Waite explained the drone journalism project at the University of Nebraska-Lincoln’s College of Journalism and Mass Communications. Because the federal government regulates who can fly a drone, Waite has shared the Federal Aviation Administration in-work Certificate of Authorization (COA) on GitHub. And the University of Missouri School of Journalism drone project also received a COA request from the FAA, a request they described as making drone journalism, “as we’ve come to know it, all but impossible.”

The FAA actions reflect how incumbent organizations respond to perceived threats to power and markets, according to Brian Winston: suppression.

A tool for interviews

In her tech trends session, Webb pitched a new iOS application that could feel creepy. Webb said “every journalist” should have an iPad at their desks and MindMeld turned on while interviewing sources.

Why? MindMeld understands conversations in real-time and can “predict the information you may need in the next 10 seconds.” In this scenario, any asymmetry in the power relationship might privilege the journalist.

MindMeld is an example of “anticipatory computing” — computers and applications that pay attention to both context and content, and then provide suggestions accordingly. Smart personal assistants such as Donna, Osito and Sherpa are in the same vein. Calendars are getting smart, too, as Tempo demonstrates.

And a bit about statistics

If you’ve read “A Mathematician Reads the Newspaper” by John Allen Paulos, then you would not be surprised by Nate Silver’s “listcicle” of tips about statistics. In his Friday keynote, Silver humorously lectured journalists on such concepts as “correlation does not mean causation” and “intuition is a poor judge of probability.” Whereas much of the focus on surveillance dealt with the relationship between journalist and source, Silver highlighted the relationship between journalist and audience.

He urged journalists to understand data context in the same way that a wordsmith cares about selecting the proper word. That includes presenting outliers as just that — the exception not the rule. “Journalists,” he said, “like statisticians and scientists, should be more concerned with truth than appearances.”

Returning to Snowden, Janine Gibson, editor in chief, Guardian U.S., said that Snowden was aware and knowledgable about his fate should he release the NSA documents. She said he had never intended to simply dump documents on the web; he trusted news organizations to decide what to publish.

Free Press’ Josh Stearns shared that Pew research shows that the public values the watchdog role of the press more today than pre-Snowden. In an August poll, 7 in 10 agreed that news organizations “keep leaders from doing things that shouldn’t be done.” That’s up from a low of about 55 percent a decade ago.

The Pew report echoes Silver’s emphasis on truth. Only 1 in 4 Americans surveyed trust news organizations “get the facts straight,” which is another way to define “truth.” This public trust has declined dramatically from 1985’s level of 55 percent.

If, as Max Frankel, a former executive editor of the New York Times, contends, “the threat of massive leaks will persist so long as there are massive secrets,” what will it take for journalists and news organizations to think digital security first?