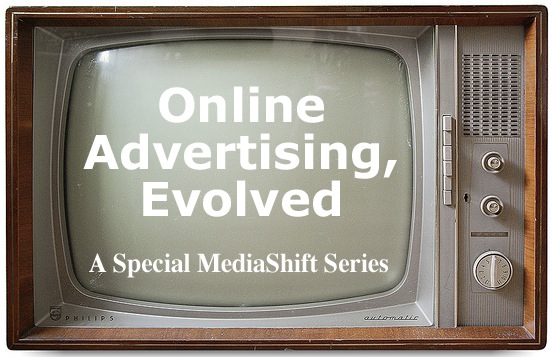 Image of vintage TV by "William_H. on Flickr":http://www.flickr.com/photos/potrzebie/6088059547/ and used here with Creative Commons license.

Once upon a time (actually, not so long ago), there was one way to advertise online: the almighty banner ad. But, the banner ad just didn’t do enough. It didn’t fully take advantage of the medium, it was hard to track, and it certainly didn’t keep up with the lightning speed at which the medium changed.

We messed up when we decided banner ads would be how we make money on the web." -John Battelle

Even Federated Media CEO John Battelle, who was there at the birth of the banner ad, said recently to Business Insider that as an industry, “we messed up when we decided banner ads would be how we make money on the web.”

Today, as the banner ad of old gasps what could be its last breath, brands, publishers and industry leaders are breaking the ad mold wide open to find new ways to connect online readers with marketing. All this week on MediaShift, we’re looking at the ways they’re doing this with our “Online Advertising Evolved” special.

We’ll still look at banner ads — but we’ll look at how they’re innovating and changing. After all, some of the banner ad’s ancestors will survive. But, how those ads are targeted, how they’re purchased, how they’re measured (“viewability” is hot on industry minds), and how they’re used will determine their fate.

Then there’s scrapping the banner concept altogether and working with something new — so-called “native advertising.” The definition of a native ad can be as narrow or as broad as the person defining it would like. (There’s a whole push there — to define native advertising better so everyone is speaking the same language.) But, in essence, native advertising is advertising that folds more seamlessly into the content around it. It could be just an old-fashioned advertorial — a story written by a marketer next to an original magazine piece. Or, it could be in-stream ads that pop up in your Facebook newsfeed. Or, it could be a short digital film that’s part ad, but also part content. But, no matter what it is, if it’s called “native advertising” it has some major buzz around it these days for publishers, marketers and the industry as a whole.

Stay tuned as we tackle a few of these issues this week on MediaShift. Below is a list of what we have planned so far. Have an idea to share? Let us know.

Also, to get you up to speed, see our list below of some of the best reporting, opinion and analysis from other outlets on this topic.

Poll: What Do You Think About Sponsored Content (Native Ads)? by Mark Glaser

Recent required reading on the evolution of online advertising

What’s All the Hype About Native Ads, Anyway? Looking Beyond the Buzzword. (AdAge)

Ad War: BuzzFeed, the Dish, and the Perils of Sponsored Content (The Atlantic)

Where You Can Go Right, And Wrong, With Native Ads (TechCrunch)

Native Advertising Works — If You Don’t Embarrass Yourself (VentureBeat)

The New York Times’ Plan to Save the Banner Ad (Digiday)

Managing editor Courtney Lowery Cowgill is a writer, editor, teacher and farmer based in central Montana. In addition to her work with MediaShift, she teaches online courses at the University of Montana’s School of Journalism. Before she came to MediaShift, she was the co-founder and editor in chief of the now shuttered online magazine NewWest.Net. When she’s not writing, teaching or editing, she’s helping her husband wrangle 150 heritage turkeys, 30 acres of food, overgrown weeds or their young daughter.