Are the French Preparing an E-Book Revolution? Mais Oui! 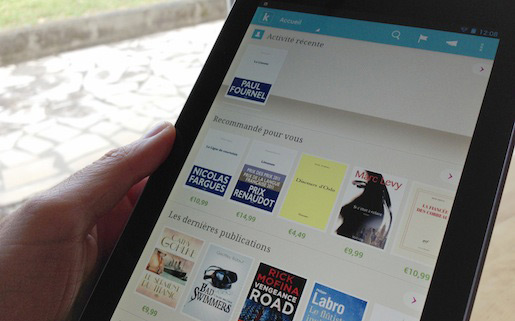 Are the French really an exception? Are they going to be the ones to hang onto paper longer than anyone else and scorn e-books with an Inspector Clouseau-like “non”? Or are they going to be really French about the whole thing and pull an e-revolution on the rest of the unsuspecting world?

A recent study, published by the Paris-Dauphine Foundation (Baromètre de l’économie numérique), showed that one out of five French people has already read an e-book, but also that more than half of them declared they would never touch one. And while they are hemming and hawing about whether or not to even read e-books, several studies show that 25 percent of the American population are regular e-readers, a number that is expected by some, like the potentially overoptimistic Bookboon, to reach 50 percent by the end of 2014.

The French are known to be slow starters, but very good race finishers."

Don’t be fooled though. In France, things are changing fast. At Le French Book, we can feel the French e-book revolution starting. A little over a year ago, when we approached one of France’s main publishing houses to discuss e-books, they quite candidly said they didn’t even have an e-book strategy. It was as though e-books were not even within their scope. It was disconcerting.

And yet, a few months later, it took no convincing at all to get other French publishers on board for direct-to-digital English translations. (That’s what we do.) E-books were an obvious channel.

And digital was on everyone’s lips at the 33rd Paris Book Fair this year: Announcements stated International Digital Publishing Forum, for the first time in France.

Beware of the French. They say “non,” but they really mean “oui.” Or in other words,
the French are known to be slow starters, but very good race finishers. Take the example of high-speed Internet. During the Internet revolution, high-speed Internet access adoption in France was pretty slow. In 2002, less than 2 percent of the population were connected to a high-speed connection, versus 11 percent of the U.S. population. In 2010, France reached 34 percent versus 27.6 percent in the U.S. On top of that, the French benefit from very competitive prices. (Imagine a package with Internet, a phone line and basic cable television for $40 to $45 a month.) The same thing is true for mobile Internet access.

It seems fairly clear that something similar is happening with e-books. In 2012, e-books only represented 0.6 percent of total book sales in France. That number is expected to reach 3 percent in 2015. That may not seem like much, but there is a lot going on, although there are still many hoops to jump through.

Price is a big issue since surprisingly enough, e-books are more often than not more expensive than their paperback counterparts. This stems from several things:

The fixed book price law: France adopted a fixed book price law in 1981. It was a success at the time, protecting independent booksellers form the bigger book “supermarkets.” But this rule is not adapted anymore because potential customers expect the e-books to be less expensive, which is impossible with the current rule.

The tax code: For a long time, e-books were taxed more heavily than print books, by a wide margin, 19.6 percent versus 5.5 percent. And it’s all because the tax code defined a book as a collection of printed and bound material. So e-books didn’t apply, which was an aberration that had to be fixed.

Attitude: Just like with music 15 years ago, publishers have for years been afraid of e-distribution, seeing it as a direct competitor to their well-established paper-based business.

The French are waking up

Pieces are starting to fall into place for e-books to be widely promoted and adopted in France. Here are some of the undercurrents of what may just be an upcoming revolution:

Neutrality of media: The French government decided in January 2013, alongside Luxembourg, to fight the European Commission by reducing the value-added tax on e-books. And, at the same time, it is changing the definition of what a book is in order to include e-books. The courts will have to decide and we’ll see if the judges accept the notion of neutrality of media, meaning that a book is a book whichever way it’s distributed. It’s little bit the French David fighting the European Goliath, but the French have always fought hard for their culture.

Publishers’ attitude: It is thankfully changing fast as they are now embracing e-books without restriction — except for the DRM (digital rights management) they still want to protect their books with, but that’s another story. Some publishers now have 75 percent of their catalog in digital format, although the total offer still only represents 90,000 titles versus 2,700,000 available in English. (See French newspaper Libération.) That said, the all-important Syndicat National de l’Édition even says so:

Publishers in France are now fully aware of the importance of having a digital offer that is as attractive and as broad as possible. (National Publishing Association)

Innovation: And, of course, one should never dismiss France’s capacity for entrepreneurship (it is a French word) and innovation. The TGV bullet train and Airbus successes are proof enough. Well, the same thing applies to e-books.

It simply adapted the Netflix model to e-books. Instead of watching movies, you can read e-books while you’re online, on the web or on your iPad. Even better, you can access the whole catalog of books and comics for free, if you accept an ad banner on top of the screen. It recently launched a premium service. For 9.99 euros ($12.97), you can get rid of the banners and read offline with your iPad, as long as you connect at least once a month to verify your subscription. The catalog is not very big yet, but it will grow. And more importantly, Youboox is paving the future.

This initiative is just one example of many. Another is Eden Livres, a distribution platform created by a group of majors publishing houses.

Clearly, the French are trying to find their way — their own French way — to publish in a digital world. It’s no storming of the Bastille, but everything is in place for the French e-book revolution to occur.

Fabrice Neuman is the CTO and co-founder of Le French Book, a New York-based publisher dedicated to bringing great French crime fiction and thrillers to a broader English-reading audience. They have already published five books and are preparing to launch a sixth, a gripping international thriller called The Bleiberg Project, to be published on April 30, 2013. Neuman is an avid reader, and does so almost exclusively in e-book format. He started e-reading nearly 15 years ago, while he was a tech writer for a major French computer magazine. And maybe most important for this topic, he’s French.

2 responses to “Are the French Preparing an E-Book Revolution? Mais Oui!”