Tobacco Underground: A Lesson in Collaborating Across Borders 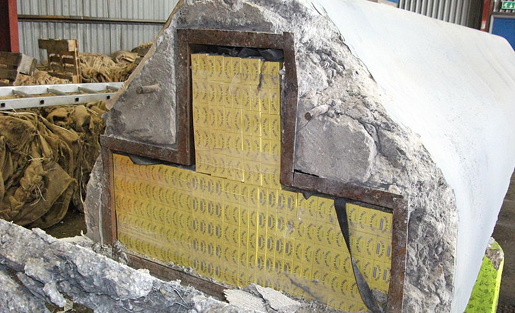 Chinese-made cigarettes hidden in a concrete block. Photo courtesy of ukhomeoffice and used here under the Creative Commons license.

As the most high-profile international collaboration, WikiLeaks offers some interesting lessons about working with news organizations abroad. But it can be difficult to untangle those lessons from the drama that surrounded the story. And frankly, very few media organizations could pull off a similar effort.

But there’s another international collaboration that has some lessons to share and is less tangled. The Center for Public Integrity’s international collaboration, titled “Tobacco Underground,” was a series of stories written by journalists from Eastern Europe, Latin America, Asia and the United States. The project found that monies from illegal tobacco sales are helping fund terrorist groups, human trafficking, and getting thousands hooked on tobacco.

If you choose to ignore those cultural differences, then you lose that reporter. Without any bad intention, you alienate them and, in the end, you will lose the investigation." -Marina Walker Guevara

It’s such an issue, that earlier this year, diplomats from 174 countries agreed to work together to crack down on tobacco smuggling, a practice that’s costing governments up to $50 billion each year and getting thousands addicted. At least 10 percent of the worldwide cigarette sales have come from smuggling, officials say.

Spearheaded by the Center’s International Consortium of Investigative Journalists, the collaboration illustrates the benefits and challenges of joining forces to report across borders.

Participants from the collaboration spoke with the Investigative Reporting Program at UC Berkeley Graduate School of Journalism to share some of the lessons learned from the international collaboration — the first massive collaboration for the non-profit. More than 20 reporters from 16 countries, ranging from China and Pakistan to Paraguay and Spain participated in the project. Editors David E. Kaplan and Marina Walker Guevara, with the ICIJ oversaw the stories. Some stories ran in other languages, including Chinese.

Walker Guevara said given the magnitude of the global project, the ICIJ decided to approach investigative reporters in their network who had covered tobacco smuggling.

They found themselves asking, “Who are the best investigative journalists in this country?” Walker Guevara said of the more than a dozen countries they examined. “We also realized that we needed people in countries that had not been covered before or where we didn’t have reporters,” she said.

Walker Guevara said partners can’t afford to dismiss cultural differences when reporting across borders. Misunderstandings can easily happen, especially if people are communicating by e-mail, phone or Skype, where facial expressions and tones can be easily misread.

While American journalists are sometimes perceived as brutally honest, “European reporters can be even more blunt. And for Latin American reporters, it can be like, ‘wow’,” Walker Guevara said of their straightforwardness.

“You have to be aware of who you’re dealing with and how you are perceived. If you choose to ignore those cultural differences, then you lose that reporter,” she said. “Without any bad intention, you alienate them and, in the end, you will lose the investigation.”

Newsroom cultures also vary country to country. Most American newsrooms have a “defensive” newsroom culture, where individuals focus on how well they’re doing, rather than how the group is doing, according to a 2001 Impact study by the Readership Institute with Media Management Center at Northwestern University.

In those newsrooms, people are reluctant to work across departments. Similar studies haven’t been conducted in newsrooms in other countries. However, anecdotal data shows that journalists in Mexico are more willing to collaborate with reporters from other locales, journalist and professor Dick J. Reavis wrote in a 2003 op-ed for the Investigative Reporters and Editors magazine.

Drew Sullivan of the Organized Crime and Corruption Reporting Project said another distinction is the editor-reporter relationship: American editors tend to “bully reporters,” while Russian reporters perceive themselves as artists and their copy is seldom touched.

“American journalism is practiced in only one place in the world: America. Nowhere else,” Sullivan said. “Every other country on Earth has it own culture, context, history, politics and religious environment which change the journalism into something unique.”

“We went back to them and said, ‘What in the world happened?’” Walker Guevara said. “It looks like we hadn’t made ourselves clear that in a collaboration, you don’t go first — that you have a joint publication strategy.”

Editors at ICIJ decided to send their own reporter to China to find a different angle to the story.

Sullivan said face-to-face interactions are even more important when working across borders. He referred to his own work with a reporter from Russia. At first, they weren’t able to communicate, but during a conference, they had time to sit and talk.

“There are different languages, different standards, different ways of working, different goals and different contexts and perceptions of the world,” Sullivan said. “This all serves to undermine communication. You must solve these problems, and they are hard to deal with sometimes.”

Despite using language aids, such as Google Translate, and hiring interpreters and translators, language added an additional complication to an already complex story.

In an investigative project looking into sensitive information, such as terrorist groups, using file-sharing platforms that are safe and easy to use are a must.

For the first set of stories of “Tobacco Underground,” reporters and editors used Groove, a sharing workspace that encrypts documents. But without a search option, Groove didn’t prove useful, Walker Guevara said.

In the later part of the project, Walker Guevara said, ICIJ decided to switch to Box.com. The cloud-sharing software allowed people to upload videos, photos and documents and watch them together. People log on as editors or users for different functionality.

Reporters and editors wrote summaries, highlighted important information, and jotted notes on the documents so others could find key data fast.

“The technology is great, but you have to be disciplined on how to use it too, because it’s very easy to just upload tons of documents,” Walker Guevara said. “Documents themselves don’t mean anything, and you can’t expect every member of the team to read everything you upload.”

Covering illegal activities in weak democracies is risky, and editors and reporters must have a safety plan for their reporters before the start of a project, Sullivan said. Reporters should also speak up the minute they’re threatened.

“Donors and development implementers push reporters all the time to do courageous work but provide no safety measures and insufficient funds for safety,” Sullivan said.

Ultimately, the final product from pooling talent and resources during an international reporting collaboration outweigh the amount of work required during the team reporting, writing and editing process.

Here are some tips for a better global investigative collaboration:

What tips have we missed? What else can help result in better global investigative collaborations? Share your ideas using the comments feature below.