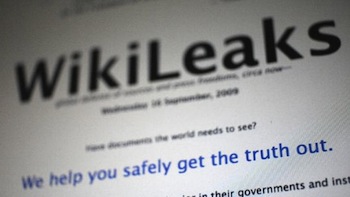 The United States’ global reputation as a champion of free speech is at stake. This is partly because the legal framework has not kept pace with the evolution of free speech, and also because the Freedom of Information Act is not being applied correctly. Today, the U.S. is in danger of losing its place as the bastion of free speech because other countries are stepping up and creating new ways to protect freedom of expression.

Issues With FOIA and Protecting Sources

As many people are now aware, a secret military video featuring a deadly U.S. air strike in Iraq that killed several civilians was published on WikiLeaks on April 5, 2010. Among the dead were Reuters photographer Namir Noor-Eldeen, 22, and his driver, Saeed Chmagh, 40.

Iceland...will likely host websites to ensure their servers are not forcibly shut down."

The release of the video caused a scandal and made major news. But the truth is that it should have been made public long ago. Reuters had filed a FOIA request in for the video back in 2007, but the footage was never released. According to the Freedom of Information Act (FOIA), it should have been. Under FOIA, all U.S. government agencies are required to disclose records upon receiving a written request, except those records that are protected from disclosure as a result of nine exemptions and three exclusions.

WikiLeaks specializes in securing confidential information from whistleblowers in return for guarantees of anonymity. This work has led its founder, Julian Assange, to fear for his freedom in the U.S.

“[U.S.] public statements have all been reasonable. But some statements made in private are a bit more questionable,” Assange told the Guardian last week. “Politically it would be a great error for them to act. I feel perfectly safe … but I have been advised by my lawyers not to travel to the U.S. during this period.”

The lack of access to government information is one problem in the U.S. Another significant issue for bloggers and reporters is the ability, or lack thereof, to protect their sources. The WikiLeaks case also has implications for protecting sources.

It recently came to light that a 22-year-old U.S. intelligence specialist in Baghdad named Bradley Manning contacted a former hacker named Adrian Lamo via IM and “confessed” that he was the one who leaked the controversial video. Lamo had told Manning that he was a journalist and subsequently turned him in to the authorities.

After Manning was arrested, the story was published in Wired magazine. The bottom line was that Manning’s so-called confession could not be protected by a shield law even though he thought he was speaking to a reporter. Admittedly, this is a rare situation. Usually, government officials request that journalists reveal their sources, rather than having a journalist turn someone in.

In those situations, a shield law should help with the protection of sources. But another recent incident is testing the limits of a shield law in California.

On April 23, police carried out a raid on the California home of blogger Jason Chen, the editor of gadget blog Gizmodo. The site had obtained — in a questionable way — a prototype of the next-generation iPhone and published an exclusive about it, together with photos and videos, without Apple’s agreement.

The state of California’s shield law is one of the most protective in the country when it comes to sources and the working material of journalists. Gawker Media, which owns Gizmodo, is claiming that the police search warrant was illegal under section 1524(g) of the Californian criminal code. It is also citing O’Grady vs Superior Court, a case in which an appeal court ruled that the shield law applies to online journalists.

The courts must now decide between those who invoke the shield law’s protection in the name of the right to information, and those who accuse Gizmodo of receiving stolen property.

Reporters Without Borders has been advocating for years to obtain a federal shield law when it comes to the protection of sources, but that prospect seems far off at this point.

Maybe the current difficulties in the U.S. come from the fact that the First Amendment rules that no law can be made against free speech. But what about having a specific law protecting it? What would that look like?

Is Iceland a New Model?

On June 15, Iceland’s parliament unanimously approved a resolution to draft legislation for the protection of media, journalists and bloggers. It aims to create a single, holistic law to guarantee the protection of free speech.

According to the resolution, “the proposers suggest that changes be made to laws regarding the rights and duties of official employees (no. 70/1996) such that official employees be allowed to break their duty of silence in the case of extreme circumstances of public interest. Similar changes could be made to municipal governance law (no. 45/1996) regarding employees of municipal governments.”

The initiative comes partly from the fact that in August 2009 the country’s RUV television station was prevented from broadcasting a story about the Kaupthing Bank, which was immersed in a financial crisis. Once again, the story was based on information from WikiLeaks, which had already published information about the bank. An injunction obtained by Kaupthing Bank prevented RUV from broadcasting the item, but the station told its viewers about the injunction itself.

Now it appears as though that won’t ever happen again in Iceland. The country will soon be a leader in protecting sources and freedom of speech. This kind of legislation is needed by netizens and journalists the world over. It has to spread to countries far and wide because, as of today, all the jailed reporters in the world are local ones.

Another useful feature of the Icelandic proposal is that the country will likely host websites to ensure their servers are not forcibly shut down. This law would be a legal shelter for the sources and source material of reporters, similar to the one previously set up by Reporters Without Borders.

Correction July 1, 2010: This post originally and incorrectly said the video of the deadly U.S. air strike was filmed in Afghanistan. It was in Iraq.

UPDATE July 6, 2010: Adrian Lamo and I had a talk over the weekend. According to him: “Manning did not believe I was a reporter. I told him I could act as one and then he could benefit from the shield law. He simply did not want any protection, mainly because he was naive to believe that he could cope with it. Manning never asked me if I was going to publish the story. When I turned him in, I was just acting as a human being.”

UPDATE July 6 2010: The New York Times reported today that Manning “has also been charged with downloading more than 150,000 highly classified diplomatic cables that could, if made public, reveal the inner workings of American embassies around the world, the military here announced Tuesday.”