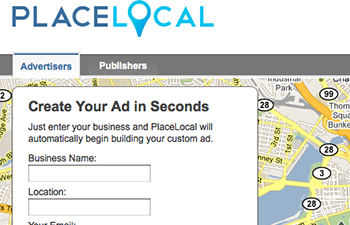 Promises of whiter teeth, IQ quizzes, and digital dancing people clutter online ads these days. At the same time, experts at future-of-journalism conferences are declaring that news will never again be solely supported by advertising. Neither one tells the full story of the present and future of online advertising for hyper-local and other news websites.

Experiments with new advertising technology are popping up everywhere. Websites are trying to reach smaller, local advertisers that have been underserved for years by legacy media. This local and hyper-local ad market will be a significant part the future of journalism, says Jeff Jarvis, author of “What Would Google Do?” and associate professor and director of the interactive journalism program at the City University of New York.

Even Twitter is dropping hints about its advertising plans. Founder Biz Stone said the company is not considering text and display ads for Twitter’s home page, but he told Reuters on November 25 that the company plans to make money with “non-traditional” advertising. Stone didn’t define what non-traditional ads will look like, but here are five examples of new tools that websites can use to make money from advertising.

1. PlaceLocal: A new, hosted solution that allows publishers to automate local ad creation and sales. It’s operated by PaperG, a startup led by Victor Wong, who is taking time off from Yale to develop his business. PlaceLocal automatically builds customized ads for any local business using just its name and address. The tool can even create a landing page for a small advertiser, Wong said in an interview during which he demonstrated the tool.

The technology builds an ad using algorithms, and by searching databases and the web for reviews, photos, or entertainment listings. It also filters out any content that has a negative tone. The tool allows advertising representatives or publishers to easily build ads on spec and use them as a sales tool, Wong said.

“Some of our partners are using it to crawl their own databases,” he said. The tool can be deployed on a publisher’s ad servers or run separately, and payment to PaperG is based on a revenue-share basis, he said. “If customers aren’t buying ads, we won’t make money,” he said. “If they are, we will make money.” Several media properties are testing the software, Wong said, and a public launch is planned this month. PaperG raised $1.1 million in its second round, from people like the former Boston.com publisher Steve Taylor and Mark Potts, CEO of GrowthSpur, according to paidContent.

2. Dynamic ads: Offered by TheDigitel in Charleston, S.C., this tool allows advertisers to change ad content dynamically via a text message, Facebook or blog update, or using a Twitter or Flickr photo feed. “If you can feed it, our thing can eat it,” claims TheDigitel’s website. Advertisers fill out a form to create the ad and designate which parts are static, and which are dynamic.

3. Flyerboard: A virtual bulletin board that enables small, local advertisers to create flyers that are then distributed to hyper-local websites. This is another offering from PaperG. The tool, which lets readers share the flyers on Facebook and Twitter, is deployed at sites like the New Haven Independent, Boston.com’s Newton, and some of Hearst’s local sites, like The Woodlands in the Houston suburbs. Flyerboard is a permanent widget installed on local sites, and revenue is shared between the site and PaperG. Wong said Flyerboard has generated 1% clickthrough rates for ads on some hyper-local sites, outperforming traditional advertising.

4. Real time ads: These are delivered at MinnPost.com, a non-profit site covering Minnesota. Joel Kramer, CEO and editor of the site, showed off the concept during a panel at the Online News Association conference in early October. MinnPost champions the ads as a simple way to avoid creating specific messages just for one website. Rather, small advertisers can harness an RSS feed from an existing blog or business tweet stream. The text is displayed on a widget at MinnPost.com, with a link to a pop-up page displaying the text with images and links to originating websites.

5. Self-serve ads: Multiple examples of self-service ad vendors exist for print and the web, such as the Instiads offered through Neighborlogs, a placeblogging platform based in Seattle, and PageGage. Also, AdReady is used by The New York Times. A partnership for a self-service ad network was announced in September between the Tribune Company and MediaSpectrum.

Most of these services offer hosting and billing assistance in exchange for a percentage of revenue. Other companies, such as Trafficspaces, offer advertising software-as-a-service with monthly fees. Trafficspaces has also launched a free version with sponsored ads. Another ad management company, isocket, is in private beta with TechCrunch, and recently received $2 million in seed funding. Mobile self-serve ad tools have sprouted up as well, such as Zeep Media, which sets ad prices via auction, and Mojiva.

Beyond the new technology offerings and platforms, traditional media organizations have begun sharing ad space with smaller publishers, borrowing the ad network concept from digital natives like the Blogher network of independent blogs for women. The Miami Herald, a McClatchy newspaper, has launched a Community News Network and is partnering with local websites for content on the Herald’s site and sharing ad positions on those pages.

Andria Krewson is a freelance journalist and consultant from Charlotte, N.C. She has worked at newspapers for 27 years, focusing on design and editing of community niche publications. She blogs for her neighborhood at Under Oak, writes occasionally as a Tar Heel mom at The Daily Tar Heel and covers changing culture at Crossroads Charlotte. Twitter: underoak.