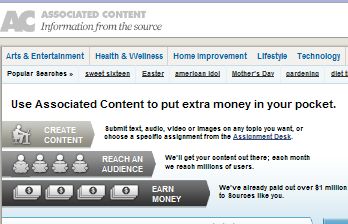 As newspapers are closing or abandoning their print editions, online news sources are growing in importance — as are sites that rely on user-submitted news stories. But with so much unfiltered news content available online, how do you separate the accurate from the inaccurate and truth from parody? You might think that traditional news sources would be better able than ordinary readers to separate the sheep from the goats. But in 2007, local Maine TV morning show hosts reported as true defamatory statements contained in an Internet parody of a news story. In its recent ruling in the resulting defamation case, a federal court found that the hosts were merely negligent, and therefore not liable for defamation, in failing to look behind the admittedly absurd statements in the parody.

A Bias Incident and a Parody

The bias incident that prompted the defamation lawsuit in Levesque v. Doocy took place in 2007 at a middle school in Lewiston, Maine. A student left a bag containing leftover ham on a lunchroom table near where some Somali Muslim students were sitting. They notified police, the school administration got involved and the offending student was ultimately disciplined. The local newspaper got wind of the story and interviewed the school principal, Leon Levesque, who was quoted in the resulting news article concerning the incident and the school’s response.

Poetic justice would subject the defendants [at 'Fox & Friends'] to the same ridicule that they accorded the plaintiff." -- District Court ruling

Several days after the local newspaper article was published, freelance writer Nicholas Plagman wrote a parody news article about the incident and submitted it to the Associated Content website where he had previously posted numerous articles. Plagman’s parody combined some of the actual facts surrounding the incident with manufactured facts and fictitious quotations purporting to have been obtained from Levesque and others, and falsely indicated that the source of some of the material in the story was the Associated Press. Plagman’s account of how he came to write the article, and the subsequent fallout, is related in this story from the sunjournal.com.

The Associated Content website accepts user-generated articles on diverse topics and allows the users to designate the topics under which the articles are indexed. It is self-described as an “open content network” that allows users to receive compensation through “performance payments” that are determined by the number of page views that an article generates, among other payment arrangements. The topics that a user may designate on a particular submission include “local,” “politics,” “opinion/editorial,” “humor,” and, significantly for this case, “news.”

Plagman did not label his article as a parody. Because he indicated that the story should be indexed under “humor” and “news” on the Associated Content site, it became retrievable on the Google News search engine.

Parody Makes It to Cable TV

When the morning TV news talk show, “Fox & Friends,” noticed the Plagman story, the show’s research department began gathering background information and was able to verify some of the facts related in the parody through other sources. The material, including the Plagman parody, was delivered to on-air hosts Steve Doocy and Brian Kilmeade. Doocy did some additional research on Google News, following which the hosts went live with the story. Attributing the fictitious quotations from the Plagman parody to Levesque, the hosts repeatedly ridiculed him for the fictitious statements. Two hours in to the program, they contacted Levesque for comment, but he did not return their calls.

It is interesting to note that both of the on-air hosts made statements questioning the accuracy of the story. As the court’s opinion relates: “…Doocy on a number of occasions stated, ‘I am not making this up,’ once asserting that ‘I’ve looked it up on a couple of different websites up there from local papers,’ and at various times, Kilmeade stated ‘I hope we’re not being duped,’ ‘I thought this was a joke,’ and ‘I thought this was almost from The Onion. I didn’t think that was actually true.’”

Levesque subsequently contacted the cable station, and it issued an apology and a retraction. Nevertheless, Levesque alleged in his subsequent defamation lawsuit against the hosts and the TV network that he received threatening emails and phone calls resulting from the statements by the hosts and the fictitious quotations attributed to him on the morning news program.

When the defendants moved to dismiss the case, the federal district court in Maine concluded that some of the statements made by the hosts of the program about Levesque could be found by a jury to be defamatory and false. However, because Levesque, as a school principal, was a “public official,” he had to meet a more stringent standard to recover in a defamation suit. The district court ruled Levesque could not show that the statements were made with “actual malice,” and thus his defamation action was dismissed. In its March 19 ruling, the U.S. Court of Appeals substantially agreed with the district court and upheld the order dismissing the case.

The more stringent standard that the court found Levesque had failed to meet is the product of a series of U.S. Supreme Court rulings beginning in the 1960s. In New York Times, Inc. v. Sullivan, the Court held that under the First Amendment, a public official who brings an action for defamation must show not only that a statement was false, but that it was made with “actual malice.”

The term “actual malice” is a legal “term of art,” that is, it has a particular meaning in the law. In a defamation case involving a public official or public figure, “actual malice” does not mean “actual malevolent intent or ill will,” or an act done with “malicious intent.” The term refers to a false statement was made either with actual knowledge of its falsity or with reckless disregard for the truth.

The policy behind this restrictive rule, which makes it extremely difficult for public officials or public figures to recover in defamation actions, was described by the Supreme Court in New York Times Co. v. Sullivan as stemming from “a profound national commitment to the principle that debate on public issues should be uninhibited, robust, and wide open, and that it may well include vehement, caustic, and sometimes unpleasantly sharp attacks on government and public officials.” The actual malice rule was extended to “public figures” in Gertz v. Robert Welch, Inc. in 1972. (The limitations on defamation actions brought by “public figures” in the United States is one element that fuels the phenomenon of libel tourism.)

As the appeals court related in Levesque v. Doocy, determining whether a statement was made with “actual malice” is a very fact-intensive inquiry. The standard is a subjective one, meaning it does not depend upon an external, objective standard of “reasonably prudent conduct” nor does it depend upon an assessment of whether the defendant followed professional standards of reportage. It can be assessed, however, by evaluating the circumstantial evidence:

Recklessness amounting to actual malice may be found where a publisher fabricates an account, makes inherently improbable allegations, relies on a source where there is an obvious reason to doubt its veracity, or deliberately ignores evidence that calls into question his published statements.

You might think that the news hosts’ skeptical comments about the truth of the Plagman parody would fit the above description of reckless conduct. But the appeals court deemed the hosts’ statements of incredulity to be part of the typical patter of morning news programs, where “such statements frequently are used as devices to magnify the presentation and grab viewers’ attention.” The court accepted as true the hosts’ statements that, despite their skeptical hype, they never in fact doubted the veracity of the Plagman parody. The hosts’ gullability, the court found, was merely negligent (although “distasteful”) and did not rise to actual malice.

Yet another factor the court noted was Plagman’s skill in constructing the parody. Plagman included many true facts and quotations gathered from the available sources, and interwove them with his own fabrications. The program’s researchers were able to verify many of the facts via the original local news story, which apparently led them to believe in the veracity of the absurd statements fabricated by Plagman. Again, this led the court to conclude that the defendants’ conduct was negligent only and did not amount to actual malice.

The Internet as a News Source

What about the fact that the professional news organization relied upon a non-traditional, Internet news outlet as the story’s source? On that point the court commented:

We acknowledge that the case law which instructs our inquiry does not include situations in which defendants relied on Internet sources, a more recent but undoubtedly commonplace practice today. While publishers should employ greater caution with those Internet websites that do not go through the vetting process of traditional news media, reliance in part on an Internet posting does not necessarily change our legal analysis.

Neither the court of appeals opinion, nor the fuller account of the vetting process contained in the district court opinion [PDF file] reveal whether the news program’s research before airing the story included an evaluation of the Associated Content website as a whole. Had the researcher or the program hosts clicked around on the site, they might have quickly discovered the statement on the home page that, “Anyone can submit content on any subject in any format.”

The appeals court also gave great weight to the reliance that the program’s researchers and the hosts placed on the fictitious reference in the Plagman parody to the Associated Press as a source for the story. This apparently boosted their confidence in the veracity of the article, even though they were not otherwise familiar with the Associated Content website on which the article was found. In fact, the record showed that one of the hosts actually thought that Plagman’s article was an Associated Press article.

For its part, the Associated Content website responded to the incident by removing all of Plagman’s 150 articles from the site.

At the least, the case of Levesque v. Doocy is a cautionary tale about the perils of relying upon non-traditional sources in vetting hard news stories. Such sources can produce amazing content and impressive scoops, as attested by the amateur reporting via the Twitter micro-blogging service on the U.S. Airways plane landing in the Hudson River. But the relationship between traditional news reporting and non-traditional reporting is yet to be adequately worked out.

The defendants in Levesque v. Doocy who were taken in by Plagman’s parody were saved from a libel judgment by the actual malice standard. But the damage done to their journalistic reputations did not go unnoticed. As the district court commented:

The facts in this case — a morning cable news show derisively reporting events and statements obtained unwittingly from an online parody — should provide grist for journalism classes teaching research and professionalism standards in the Internet age. But First Amendment principles developed long before the Internet still provide protection to the gullible news program hosts against this public official’s claims for defamation and false light invasion of privacy. Poetic justice would subject the defendants to the same ridicule that they accorded the plaintiff. But in real life, the aggrieved school superintendent must be satisfied with their later retraction and a professional reputation sullied less than theirs.