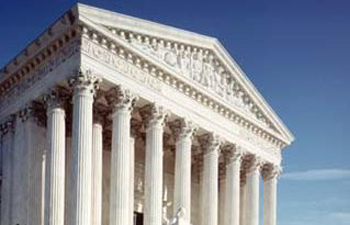 In 1998, the U.S. Congress enacted the Child Online Protection Act (COPA), a law intended to control child access to sexually explicit material on the Internet. The law was immediately challenged on free speech and other grounds and its enforcement was delayed. After ten years of litigation, on January 22 the U.S. Supreme Court dealt the final blow to the law by refusing to hear the U.S. Government’s last appeal from lower court rulings declaring the law unconstitutional.

The Internet might have been a very different place if the law had the law been upheld, at least in the United States.

Unwanted exposure to pornography does occur online, but those most likely to be exposed are those seeking it out, such as older male minors." -- ISTT study

The prospect of children obtaining access to obscene and indecent material on the Internet has preoccupied Congress since online networked communications moved into wide public use in the 1990s. When the more broadly applicable anti-obscenity provisions of the federal Communications Decency Act of 1996 were struck down as an unconstitutional restraint on free speech, Congress quickly tried again with COPA. The hope was that a more narrowly focused law aimed at protecting children under the age of 17 from sexually explicit material would survive a constitutional challenge.

COPA defined the posting of material that is “harmful to minors” on the Internet for commercial purposes as a criminal offense. But the Act also provided that website operators and other content providers could defend against a prosecution under the Act by showing that children’s access to harmful content was restricted by requiring the use of a credit card, a debit account, an “adult access code” or “adult personal identification number,” a “digital certificate that verifies age,” or “any other reasonable measures that are feasible under available technology.”

In other words, to avoid prosecution, website operators and other content providers would be put in the position of either removing content that might be deemed “harmful to minors,” or putting it behind a firewall and limiting access via some kind of age-verification technology.

For good or ill, an enormous variety of content is readily available online, from the most refined works of art to the least refined, objectionable trash. COPA would have required the trash to be kept behind a firewall.

What’s wrong with putting trash behind a firewall?

From the perspective of the First Amendment, one problem with limiting access to trash is that one person’s trash may be another person’s treasure. That is, the attempt to define material that is “harmful to minors” risked sweeping into the trash content that might be harmful to some, but not to others.

COPA provided that material that is harmful to minors includes any communication that is obscene or that:

( A ) the average person, applying contemporary community standards, would find, taking the material as a whole and with respect to minors, is designed to appeal to, or is designed to pander to, the prurient interest; ( B ) depicts, describes, or represents, in a manner patently offensive with respect to minors, an actual or simulated sexual act or sexual contact, an actual or simulated normal or perverted sexual act, or a lewd exhibition of the genitals or post-pubescent female breast; and ( C ) taken as a whole, lacks serious literary, artistic, political, or scientific value for minors.

On first scan this definition might sound like a pretty good list of things that should be kept from children. Prompted by the American Civil Liberties Union and a coalition that included providers of sexually related materials, however, the courts took a closer look.

One significant flaw in the “harmful to minors” standard was found in the fact that the Act applied a single standard to all minors under the age of 17. The courts found that the definition was over inclusive because sexually related material might be defined as obscene to younger minors, but not to older minors. In other words, content that could lawfully be kept from a five-year-old might not be properly classified as harmful to a 17-year-old.

ACLU video on the COPA decision by the Supreme Court

Whether COPA was “narrowly tailored” to achieve the Government’s legitimate interest in restricting child access to sexually explicit materials also involved an examination of whether age verification technologies could effectively prevent child access to objectionable material. The challengers to COPA argued that age verification techniques were imperfect because many children could evade them, while the government argued that evasion by some should not compromise the overall effort to bar access to the majority of minors.

But the trial court found that there was “no evidence” that age verification services or products then available on the market could actually establish or verify age reliably or ultimately prevent access to objectionable content by minors. For example, the court took notice of the fact that the individual entering age verification information into a web browser isn’t necessarily the person whose information is being entered, and that while requiring a credit, debit or other payment card number be entered to obtain access to a website might deter a five-year-old, it would be unlikely to deter a motivated teenager.

Other problems with age verification technology were also identified: implementing them would impose costs on content providers and users alike and would result in lost traffic to firewall-protected sites; and the use of verification systems would deter web users who wanted to remain anonymous from accessing protected content. And importantly, the courts noted that the law did not extend to websites located outside the United States, thus children could still access objectionable content from abroad even if all objectionable content on U.S.-based sites was effectively bottled up.

The courts found, therefore, that the age verification requirement was not “narrowly tailored” to serve the Government interest of protecting children from sexually explicit material, and that it would have a chilling effect on speech protected by the First Amendment.

How Would COPA Change the Web?

To return to the question posted at the beginning, the Internet would likely be a more segmented environment under COPA. In order to protect themselves from criminal prosecution, U.S.-based content providers would likely be screening their content to make sure that anything that might be deemed harmful to a toddler or a five-year-old was kept behind a secure firewall, available only with a credit card or debit card or other age-verifying technology. That’s a wide swath of content.

But at the same time, such content would no doubt be freely available on foreign websites. And presumably it would also be available on firewall-protected U.S. websites to children or teens savvy enough to evade age-verification systems by cribbing a parent’s credit or debit card number or otherwise passing themselves off as over 17.

This is not the Internet that we experience today.

To some extent, the conclusion drawn by the courts in the COPA case with respect to the workability of age verification techniques was echoed recently in a study commissioned by 49 state attorneys general and released on January 14. The Internet Safety Technical Task (ISTT) Force was asked to determine the extent to which current technologies could address safety risks to minors on the Internet, primarily in the context of social networking sites.

The ISTT study did not reject the concept of using age-verification and other technologies to protect children online entirely. But while the study expressed “cautious optimism” at progress being made both in the field of age verification and in technologies that filter Internet content, the study concluded, like the courts in the COPA case, that such technology is not perfect. The study cautioned against over-reliance on technological solutions alone to protect minors from harmful content on the Internet.

What’s more, the study pointed out that almost all of the age-verification technologies that they examined presented privacy and security risks that would have to be weighed against any benefits they provided.

The study is an important read for anyone concerned about the topic of online access to objectionable content by children. Among the interesting observations expressed in the study was that “the Internet increases the availability of harmful, problematic and illegal content, but does not always increase minors’ exposure. Unwanted exposure to pornography does occur online, but those most likely to be exposed are those seeking it out, such as older male minors.”

Finally, the study also sent a strong message to parents and caretakers, that they are the first line of defense in protecting children from objectionable content:

Parents and caregivers should: educate themselves about the Internet and the ways in which their children use it, as well as about technology in general; explore and evaluate the effectiveness of available technological tools for their particular child and their family context, and adopt those tools as may be appropriate; be engaged and involved in their children’s Internet use; be conscious of the common risks youth face to help their children understand and navigate the technologies; be attentive to at-risk minors in their community and in their children’s peer group; and recognize when they need to seek help from others.