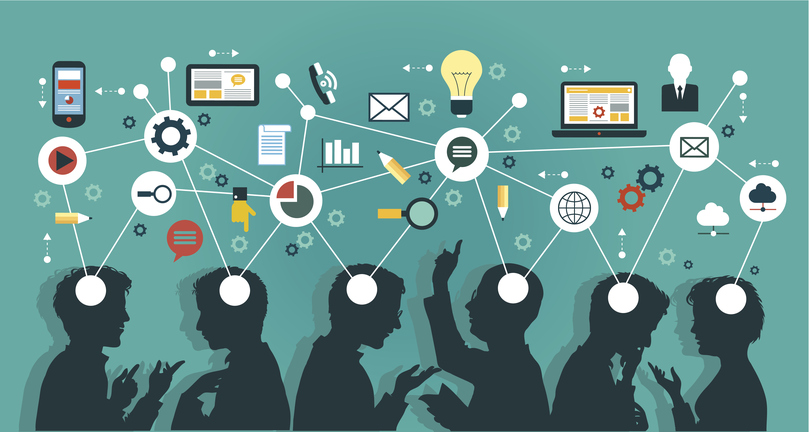 At scale, advertisers are dollars to be lured.

Advertising technology supplies millions of ad impressions and targeting tools, but they leave the fundamental goals of an advertising campaign, notably success, to the advertiser. Is there anyone who truly cares about a small business advertiser, the primary client of local newspapers and magazines, at the scale of Facebook or Google?

Any small publisher who survives on direct advertising sales has to consider the weaknesses in the model of their Silicon Valley competitors if they intend to continue to rely on an ad sales model. We hear every day that the “duopoly” is dominating in digital advertising revenue. This is true, but Google and Facebook are definitely not invincible, and recently eMarketer predicted their market share would drop this year.

Small, niche publishers, like hyper-local news, regional magazines, and trade journals, have powerful advantages which cannot be replicated at scale, and they should use them.

Before outlining these advantages, we need to ask ourselves something more fundamental which will highlight why they are so powerful.

Why do advertisers advertise? It’s obvious: to generate business.

Now, let’s take a more sincere and empathetic approach. Think of yourself as the business owner.

Businesses are created for a lot of different reasons. For some people, it’s a potential path to freedom or independence. Some love what they do and want to try and make money with it. For others, like the owner of a local franchise, it’s a way to make a living. These people all have something in common: they need the phone to ring, emails to stack up in the inbox, or people to walk in the door. Without it, they don’t have much of a business.

But they’re just average people with a lot of other things on their mind. When it comes to “marketing” they’re often clueless, apathetic, or too bogged down by their daily routine to even think about it. And when they have thought about it, they’re generally skeptical about anyone who promises to do it for them. If getting people in the door reliably (and profitably) was so easy, they’d be on a beach somewhere instead of talking to you.

Success in direct ad sales begins with the understanding of why customers spend money on advertising: they want to gain recognition and attract customers.

So the question for anyone trying to sell an ad is, “how can I help this person gain more recognition and hopefully, more business?”

The question is not, as many people think, “how can I get this person to buy an ad?”

When you approach an ad sales discussion from the perspective of helping someone achieve what they actually want, the conversation flows in a much more productive and positive direction than, “here’s my media kit, are you interested in supporting us?”

Importantly, the way you think of advertising also changes. It becomes your duty to make sure that whatever you’re offering is working. If not, sales and renewals are going to dry up. After all, you’re really selling your assistance in helping your customer meet a goal — not ads.

These are the 10 advantages that small publishers have over the big tech companies. They are outlined more fully in a new book available at Broadstreet.

1. You Have Community Support and Affinity

One of our customers, and one of the many innovative voices in the Local Independent Online News Publishers (LION) group, Jay Senter of Shawnee Mission Post told us this: “People really value the fact that we’re providing reliable coverage of their communities. And they recognize that all of our sponsors are local, too. So when someone signs up for an ad or sponsorship package with us, they’re attracted not just to the price for the exposure, but to the ability to be associated with a well-regarded local brand.”

When you walk into an ad sales appointment, you are recognized as a bullhorn to a town that’s listening. You are starting from first base while everyone else waits in the on-deck circle.

2. You’ve Got a Direct Relationship

Wendy Cohen of Berkeleyside gave her personal insight into the true value of someone selling local advertising: “A direct salesperson makes the process seamless, works on the client’s behalf and is the person who provides trust and comfort to what can be a daunting experience, particularly for a small business person.“

As a local publisher, it’s your duty to understand and help fulfill the client’s needs. Start the sales conversation by asking the potential customer what it is they would hope to promote or achieve.

Listen closely and take notes. You might find it beneficial to develop a proposal that outlines how you can help your prospect reach their goals and define what success would look like.

3. You Have Flexibility When It Comes to What You Offer

Our current idea of “digital advertising” is a standard box ad or leaderboards — in other words, banner ads sized at 300×250 and 728×90. Yes, you should support those sizes, but you should also be thinking about what you can offer beyond that.

What do you, as the publisher or salesperson, think would actually get your readers’ attention and aid your client? As an autonomous and independent publisher, you have the ability to offer whatever you want to and call it “advertising.” In other words, don’t let the IAB strictly define what you can and can’t sell.

A benefit of changing and innovating, when it comes to your offerings, is that different products work well in different use cases. On top of that, someone who passed on an old offering months ago might be interested in trying a new offering. Old leads and prospects don’t have to be forgotten if you’ve always got something new to show.

A section sponsorship, displaying only one advertiser at a time visible on Nooga.com

In 2017, the most common question among our customers was “how can I set up section sponsoring?”

Many small publishers have their sites broken out into different sections which just happen map to different segments of their potential advertiser base. For example, Food and Dining, Arts and Entertainment, Events, Crime and Arrests, Schools, Kids, etc.

Many publishers don’t know this, but they can easily give an advertiser “ownership” of a section of their site, meaning that all ads — sidebar, leaderboard, in-story and others — are from the same advertiser on every page load. The brand impact is undeniable.

Some advertisers (attorneys and high-end real estate agents, for example) love this sort of thing. At even $2000 per month, a few clients over the course of a year would likely pay off the campaign and generate real return on investment.

And no, Facebook, Google or ad networks could never offer that.

If you truly take time to talk with a business owner and understand what they’re hoping to communicate, sponsored content is also an excellent option for informing and engaging the community.

Very few publishers will take the time to write in-depth content on an advertiser’s behalf. Many publishers will simple say “send us your content and a check, and we’ll run it.”

Owners love reading about and sharing stories about their business, especially when someone else wrote it. It’s an effective tool in working with an advertiser who might not be interested in traditional display advertising.

6. Your Pricing Can Be Flexible and Understandable

The current mode of pricing internet advertising is cost-per-thousand ad impressions, or “CPM.” It’s not complicated, but it’s not straightforward either. If you ever have to explain how the pricing works to a potential customer more than once, you’re wasting time and probably losing your chance to work with them.

A flat rate of $x per month is more understandable. It also isn’t reliant on your site traffic or the social media networks that control it, like CPM.

With a flat pricing model, there aren’t any other questions apart from “where would my ad appear?” which is covered next.

7. You Can Guarantee Positioning

Most of a small publisher’s competitors can’t promise when or where a client’s ad will appear on the site. For a small business owner, that sounds like trickery.

Small publishers, by contrast, can guarantee that a campaign will always appear in some position with some level of frequency. Many local advertisers will actually refresh a page and look for their ad once it goes live.

8. You Can Put Your Customers in Inboxes Around Your Community

The newsletter may be the most underrated tool in a small publisher’s toolbox. It can be used to reliably drive traffic, unlike social media, and it can also be used as valuable advertising space.

Many advertisers love being present in a newsletter, especially when they’re readers of the newsletter themselves. The tangible feel of a newsletter and limited ad space creates a perceived potency that some are attracted to.

Ad-tech’s biggest problem, currently, is rooted in fraud and issues of transparency. It’s difficult for advertisers to understand whether they effectively targeted their intended audience, whether their campaign truly performed well, or if their ad was even seen by a human.

Here are a few recent headlines:

CNBC: Businesses Could Lose $16.4 Billion to Advertising Fraud in 2017
CNBC: Online ad fraud is a ‘widespread’ problem, Google and other big ad platforms admit
AdExchanger: Google Offers Refunds For Fraud, But Only On Its Own Terms

The straightforward approach and style of guaranteed positioning and flat pricing makes for a more transparent and understandable value proposition.

10. You Can Deliver Better Performance and Value

In two years of studying value-oriented digital advertising, Broadstreet has noticed that smaller publishers tend to yield higher engagement rates for ad campaigns than larger publishers. When good placement and a large, dynamic or informational creative is used, the engagement rates increase even more.

High clickthrough and engagement rates are important. That means that given a set number of impressions, you can deliver more impact than an ad network can. So even if your publication isn’t one of “scale,” if you deliver three to five times higher performance than an ad network, you have the effect of delivering three to five times more impressions that you actually do.

To win in any competitive process, you have to stand out and differentiate your ability. The outlined advantages are a simple but effective guide for achieving that. Remember them when asking yourself these questions prior to a sales meeting:

What can I do to show my prospect that I am legitimately interested in helping them?

Once they choose to work with me, how can I guarantee that choice was a good one?

How can I ensure that this experience was so positive, end to end, that they’ll work with me again in the future — and possibly even recommend me to someone else?

Basically, spin Google’s philosophy: “focus on the advertiser and all else will follow.”

Kenny Katzgrau is the founder of Broadstreet, an ad-serving company that focuses on small and niche news and magazine customers. Broadstreet is a long-running supporter of LION and the Center for Cooperative Media in New Jersey. He recently published a book titled “Ten Advantages: How Magazine and Hyperlocal News Publishers Will Win In the Era of Google and Facebook.”