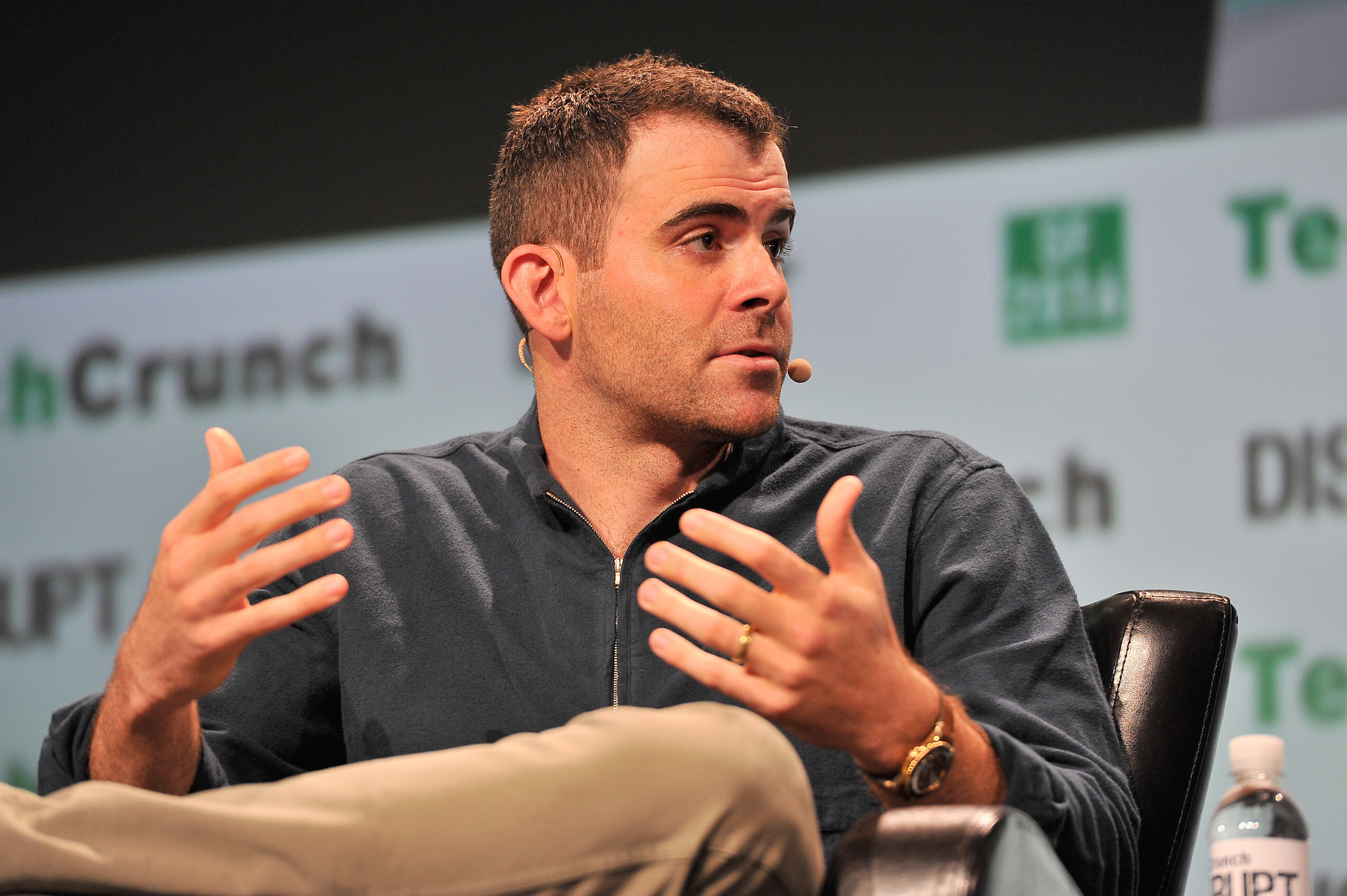 Facebook announced on January 11 that it’s rolling out changes to the News Feed over the coming weeks to deprioritize posts from publishers, organizations, and businesses in favor of those from family and friends. In Facebook parlance, the News Feed will “prioritize posts that spark conversations and meaningful interactions between people.”

"The planned changes will have less of an impact on the strategies of small publishers, and significant payoff awaits those embracing the fundamentals of engagement."

In newsrooms large and small, the change immediately aroused angst — and anger — among social media managers who depend on the platform to reach and engage audiences, and those feelings are deepened by competing, confusing interpretations of Facebook-speak into real world strategies.

I spend a lot of time working with small publishers —especially niche and community publications with editorial teams of less than 15 people (and usually closer to one), and with audiences of less than 500,000. They’re scrambling, amid mounting frustration and a dash of despair, to figure out what this means for their day-to-day.

Here’s the good news: The planned changes will have less of an impact on the strategies of small publishers, and significant payoff awaits those embracing the fundamentals of engagement.

So if you’re a small publisher, here’s my advice: Don’t panic. You’ll adapt to the new algorithm. Here are a few tips on how to make the most of it.

Publishers of all sizes have to justify their time on the platform, now more than ever. In years past, the fast and relatively easy traffic was enough. But as their time spent on the platform increased, their returns diminish with every algorithm update.

In response to this update, I’ve read reactions from small publishers that suggest they’ll be turning their backs on the platform. They intend to grow their newsletter lists, or are just fed up and will focus on creating great reporting for their websites. My friend Simon Galperin wrote a great post about how to meet the challenge of a post-Facebook world, and you should do everything he says.

But let’s be clear. No one, as more than one has flippantly suggested to me, is going to abandon Facebook because of this change. Facebook matters — a lot.

Ask yourself, how are you going to get new readers to that newsletter sign-up form, or to read your awesome reporting? Diversifying your distribution to other social media channels is one idea, as is partnerships or relying solely on search optimization. But the numbers just don’t bear out. If you give up on Facebook, you give up one of your most effective tools for finding new readers.

Facebook has two billion users — the largest social network by far. Take a look at this graph:

Facebook’s nearest competitor for audience is Youtube, which is three quarters its size, and not of much immediate use for those trying to build audiences for text-based content. Instagram is a third of Facebook’s size and doesn’t facilitate referral traffic for smaller accounts. Tumblr, Twitter, Snapchat, Pinterest and LinkedIn   are all a fraction of Facebook’s size, and with very specialized audiences.

So it follows that Facebook is currently the second largest source of referral traffic to content publishers, accounting for 24% of all such traffic even after a year of steep declines. Twitter, by comparison, accounts for just 3% of all referral traffic.

Even if the amount of traffic Facebook sends to websites next month is halved from where it is now — or even quartered — it would remain, by far, the second largest source of referral traffic to content publishers.

Facebook and Google are the most effective engines of new audience growth for media companies that the world has ever seen, and this algorithm update doesn’t change that.

What it does mean is that it’s time to stop caring about driving pageviews for your stories.

Instead, ask yourself what you want to get out of your time on Facebook. If it’s newsletter sign-ups, make sure they see a sign-up box when they arrive. If it’s to bring in new readers, emphasize sharing. If tightening up your relationship with readers is important, and you want to foster more loyalty, then entice readers to comment and contribute. If it’s to improve your journalism, use Facebook to involve readers in the process.

Chances are, you want to do all of these things — and you should. A comment or a share can be just as valuable as a newsletter sign-up; maybe more so. Incremental signs of engagement can build a much more meaningful relationship over time than, say, getting a first-time visitor to subscribe to your newsletter.

Regardless of what you prioritize, Facebook’s time as an easy source of pageviews is over. But for small publishers, its value in building a community of readers that can support your journalism remains quite strong.

Now some tips on how to get there…

Conversation is definitely the harder part of this formula, but it also stands to be the most rewarding — on Facebook, and in your journalism.

Here are a few tips on how to create conversations specifically for Facebook, and what signals the platform is looking to promote.

The small publishers that could be most affected by the algorithm change are those that simply post links to Facebook, usually using a service to automate the process. This minimalist strategy worked very well for a number of years. Even for bare links, the Facebook faucet was on and traffic flowed freely.

Since at least 2014, that tactic has had declining returns. It has still worked to some degree because local and niche communities are highly engaged. Posts that resonated were widely shared; posts that didn’t would sit without engagement. There was no real relationship between the two.

That’s changing. In his post about the announcement, Facebook’s head of News Feed Adam Mosseri said, “Pages making posts that people generally don’t react to or comment on could see the biggest decreases in distribution.”

It’s not immediately clear, but it seems Facebook will take into account a Page’s level of engagement across all posts when determining a post’s priority in the news feed. That means posts that don’t get any interactions, like those meeting announcements or calendar roundups, will begin dragging down distribution of your important investigation into the county’s finances.

Post only your best stuff, and put the time into making them successful discussions.

A lot of people have responded to the announcement by suggesting that Facebook Groups will be the new focus of publishers. I’ve also told publishers that they should start a group. But there are caveats here for the small publisher.

Groups will not replace your Page. If you think you’re going to create a group around your publication and all of your Facebook followers will go there to begin getting your links, you’re wrong.

Groups take a lot of work to build membership and get people involved. You can’t simply post links to your site; their purpose has to be a little more altruistic than that.

Moreover, the best groups are highly specific. If you’re a local publisher in GreatTown, USA, you might need groups like GreatTown Parents, GreatTown Cat Lovers, GreatTown GreatIdeas… and then invest time to manage all of those in ways that speak to them authentically. It will be a slog.

And then there’s another important caveat: One day when there’s too many groups with too many notices annoying too many readers…well, Facebook will be Facebook and will deprioritize Groups.

Groups are a great strategy for publishers who love spending time interacting on Facebook, and who also want to break up their audiences into specific, interest-based segments. But it’s not for everybody, and you should have a plan going into it.

There are a lot of reasons to be concerned by Facebook’s recent moves, and plenty of reasons to doubt the motives behind this announcement. But the algorithm’s shift towards “meaningful interaction” has been happening for years.

Small publishers that have placed a premium on community building, rather than traffic driving, can rest easy. Last week’s announcement is an affirmation of their strategy, and while referral traffic from Facebook may continue to decline, the numbers you’re shedding were the least engaged visitors; they were never really your audience to begin with, and now you’re free to build a stronger community without them.

Ned Berke is currently an audience development consultant for LION Publishers through a program being coordinated by the Center for Cooperative Media at Montclair State University. Ned is also an entrepreneur-in-residence at the Tow Knight Center at the CUNY Graduate School of Journalism, where he manages a News Audience Development Community of Practice to facilitate discussions of best practices at leading media companies. You can apply to join the Community of Practice here. You can follow him on Twitter @nberke.