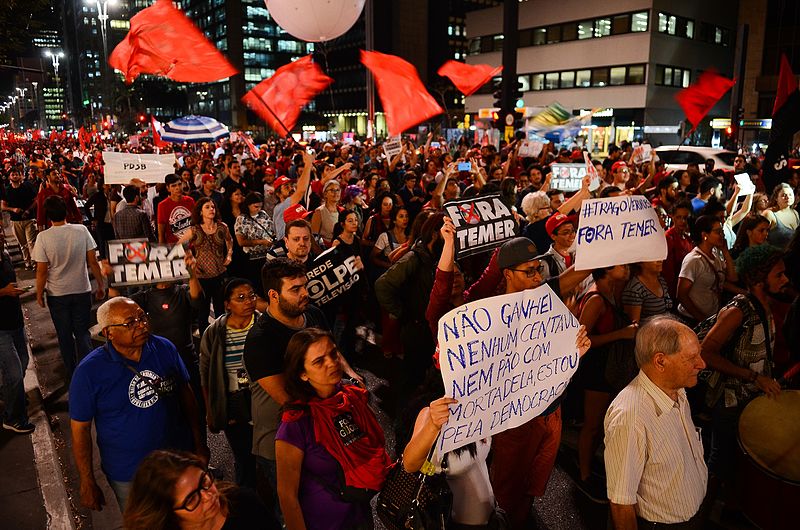 A January 12 article on the website of   O Globo, one of Brazil’s most widely read daily newspapers, alleges that Brazil’s government is seeking to work with Google to customize search results for Brazilian users, based on their location and possibly other characteristics.

"If Google were to agree to such a proposal, the company would undercut its own previous arguments about the service it provides."

According to the O Globo article, which did not name its sources, the government is hoping to tailor search results related to a controversial pension reform bill, which the Congress is scheduled to vote on in the near term. Google has made no public statements on the matter.

O Globo reports that members of President Michel Temer’s administration met Google representatives in early January to discuss the viability of directing users’ queries to official content produced by the government. According to the article: “It would work more or less like this: a rural worker who searches ‘pension reform’ would see content that explains that this category of worker won’t be affected by the current version of the bill.”

The highly unpopular pension reform bill is the boldest component of Temer’s austerity package, which is aimed at keeping the public deficit under control. Since late 2016, the government has been struggling to secure support for the bill in Congress, and has since proposed a more moderate version of the bill. The stakes are even higher now as lawmakers worry that approving such an unpopular bill will hurt their chances of re-election in October.

If Google were to agree to such a proposal, the company would undercut its own previous arguments about the service it provides. In numerous court challenges, including multiple cases in Brazil, Google’s lawyers have argued that the search engine is a “neutral intermediary,” a algorithmic system designed to show users “relevant” information, according to a set of (highly subjective) metrics intended to determine relevance.

The idea also raises significant questions about the reach of Brazil’s Marco Civil da Internet, or Civil Framework for the Internet. Passed in 2015, shortly before the impeachment process began for former President Dilma Rousseff, the law protects network neutrality by prohibiting “discrimination or degradation of traffic for commercial purposes while permitting it for emergency and public calamity situations.” It does not explicitly address content discrimination for political purposes.

Photo of Ethiopia by mariusz kluzniak on Flickr and used with Creative Commons license.

A series of government documents and chat logs, leaked by sources suspected to be inside the regime, reveal that the Ethiopian government is paying social media commenters to influence online conversations in the government’s favor. Among the documents is a list of individuals and the precise amounts of money paid to them for pro-government and anti-opposition postings. Most of the people on the list are already government employees. The revelations are consistent with increasingly aggressive pro-government, anti-opposition online campaigns, which have coincided with a rise in online hate speech online and persecution of independent journalists.

Indigenous Community Telecommunications, Mexico’s first and only association of community indigenous service providers, may be forced to stop operating after being charged one million pesos by Mexico’s national communications regulator for the radio frequencies it uses. Indigenous Community Telecommunications requested an exemption from payment as they are not-for-profit and have no commercial use, which was accepted as part of their initial licensing agreement. One year after they began operations, their request for exemption from the fee was denied. The group is challenging the resolution.

This week, faculty and staff at the University of Jammu, in the northern Indian state of Jammu and Kashmir, learned that a 2017 regulation restricting state employees from certain types of speech on social media will extend to university employees as well. The 2017 regulation indicates that “no government employee shall engage in any criminal, dishonest, immoral or notoriously disgraceful conduct on social media which may be prejudicial to the government.”

The protests in Iran that broke out in late December could open an opportunity for the government to put into practice the country’s Access to Information law, which was passed in 2009, but has yet to be fully implemented. In the wake of the protests, Iranian President Hassan Rouhani gave a speech on the importance of transparency in governance, arguing, “We have no way other than clarity for rooting out corruption; we must all go inside a glass room so that people can see every measure we take.”

Photo of Germany by Moyan Brenn on Flickr and used with Creative Commons license.

Twitter blocked the account of satirical magazine Titanic under the newly implemented German anti-hate speech law, NetzDG. The magazine’s account was shut down for 48 hours after it republished a deleted post parodying the anti-Muslim tweets of a far-right German politician, according to Columbia Journalism Review. The law gives social media platforms 24 hours to remove posts reported by users as being illegal.

The UK government is setting up a dedicated national security task force to counter disinformation spread by state actors, amid an investigation of claims that Russia interfered in the 2016 Brexit referendum campaign. No further details have yet been revealed about the operations of the new unit.

The NSA is listening more carefully than we thought

A new report from The Intercept reveals that the US National Security Agency has technology that can identify people by the sound of their voices, which is captured in a unique file called a “voiceprint.” The report draws on classified documents dating from 2004 to 2012, and indicates that US intelligence agencies have been using the technology in counterterrorism operations since as early as the US invasion of Iraq in 2003. The report raises legal concerns about the right to privacy, particularly as voice identifiers are a unique form of biometric data.

The United Nations Broadband Commission announced new targets for 2025 to support the expansion of global internet access, with the ultimate aim of connecting the 50% of the world who are currently offline. The 2025 targets urge countries to establish national broadband plans, make internet access more affordable and increase opportunities to build digital skills.

The commission also lowered the threshold for internet access “affordability” from 5% to less than 2% of monthly gross national income (GNI) per capita, reflecting increased sensitivity to income inequality. These proportions were first proposed by the Alliance for Affordable Internet in their 2016 Affordability Report. The targets also call for gender equality in all areas of internet use, acknowledging that women and girls are among the groups least likely to benefit from the digital economy.