How a Project on Underground Music Went Analog to Increase Engagement 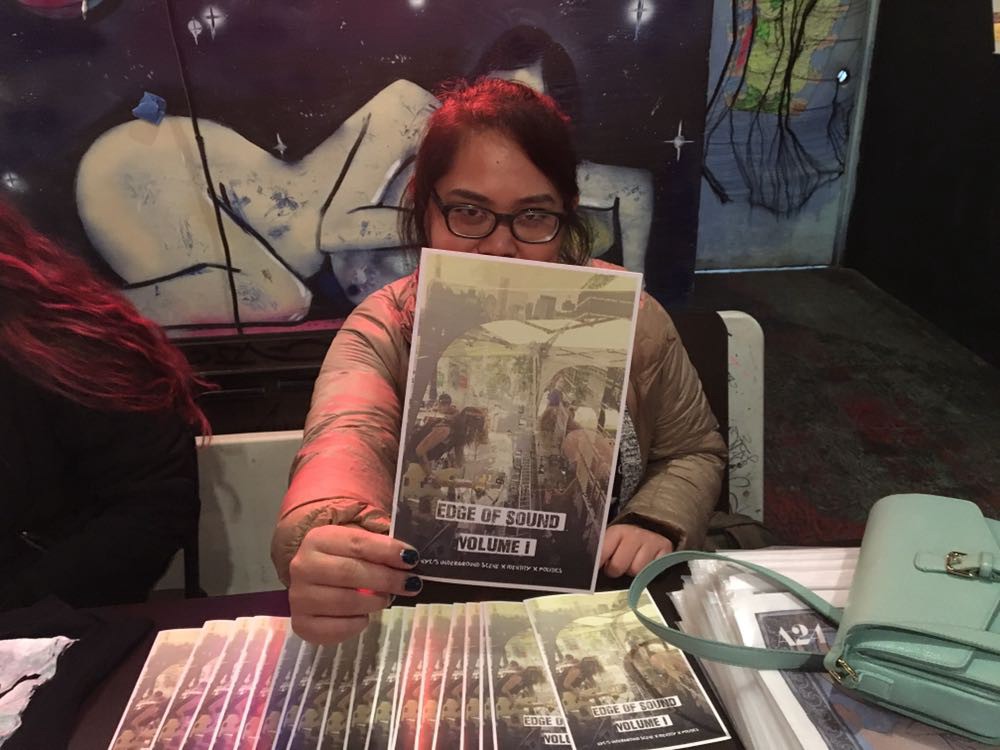 Trying is hard. I should know. I’ve been toiling over my practicum project at the City University of New York’s Graduate School of Journalism for the past year.

I use likes as a metric to determine positive community responses. If people don’t tap on the little heart, I have to take that as a cue to adjust my strategy.

I’m working with the D.I.Y or underground music scene in the greater New York City area. This community convenes — and sometimes even lives — in abandoned warehouses and factories that were illegally converted into galleries and venues. The D.I.Y scene is closely related to punk culture and shies away from mainstream influences. This community also acts as a safe haven for traditionally marginalized groups like the LGBTQ community, undocumented immigrants, women and people of color. Their willingness to collaborate, passion for social justice issues and ability to organize and start grassroots movements is what separates them from other independent artists like YouTubers or buskers.

During the year, I focused on ways to incorporate people from my community throughout the reporting process, found ways to listen to their concerns and address gaps in coverage. After receiving community feedback, I started covering policy and identity politics in the scene. I determined three platforms where my project would live. One of them was here on Medium, in a publication called Edge of Sound. The other two were in a printed zine and an Instagram account with the same name. These components were designed to supplement each other.

Sometimes, you have to go analog for community engagement. Since the 70’s and 80’s photocopied zines, or handmade magazines, were ingrained in New York City punk and D.I.Y culture. It’s still common to see zines distributed and showcased at performances and events. I hypothesized that a zine was a good medium to distribute information because it was something my community was familiar with and it aligned well with the community ethos.

One challenge that I had with the zine was figuring out how to move beyond traditional print metrics, like distribution. The problem with print metrics is that unlike online metrics that measure impressions, views and scroll depth, it’s difficult to know what specific content people are engaged with. I wanted to use that data to inform my editorial process moving forward and to ensure that my work had some kind of impact. I decided to print partial articles in the zine and then prompt the reader to text a keyword to a number for a link to the full piece. I could then measure how many people texted in, how many people read the piece, shared the piece and more.

I distributed 100 zines at show called Punx of Color at Silent Barn in Brooklyn. Guess how many text-ins I got? Zero.

Some Insights and Adjustments

At first, I was disappointed. But then I started to see this as an opportunity to glean more insights on how to make the project work. What helped a lot was actually being there. It’s not that people didn’t like the zine. People were reading it. I got positive comments and feedback. Once bands started playing however, the attention was on them and people got distracted. Prompting them to text-in was too much of an ask. Sometimes, even an extra step could be a large leap for people if you catch them at the wrong time.

I thought it would better to distribute the zine at smaller, more intimate venues like houses and basements where people are in and out all the time, regardless of whether or not a show is going on. Like newspapers, I would leave a small stack and see how many were taken after a week. If someone picks it up, they showed genuine interest, were less distracted and therefore, are more inclined to text in.

There are a lot of different ideas that I could go with moving forward. A huge part of reiterating a project is allowing community feedback. Version 2.0 of your project would end up directionless otherwise. Listening to people first is key. That’s what I intend on doing moving forward.

The Instagram page acts like an online zine. The account shows a collection of photos that supplement the content I created for the zine and for Medium. The scene is not only comprised of musicians and artists, but also made up of general interest audiences. I thought that platforms utilized by bands like Facebook for promotion or Sound Cloud would only engage a portion of my community. I found that more people engage with visuals and are often posting photos from shows they attend on Instagram, whether they’re a musician or not.

Edit by me // Photo by Kate Hoos

In order to make this work, I had to envision what an “Instagram article” would look like. At first, my posts were a shortened version of what journalists called the inverted pyramid or a basic news article. I found that I was getting engagement in the single digits. So I changed my approach and it made a huge difference.

I used fuckjerry’s news account jerrynews as a baseline. I synthesized information into a single paragraph or two and ended with a strong fact or quote. I then linked the Medium article to the description in my profile. The results were evident.

I received 8 likes on this post but the next post with the reformatted article received almost 4 times more. Seeing this change helped me determine which posts people responded to and I was able to tweak my captions accordingly. I haven’t fallen back into single digits since.

I think it’s also important to emphasize that my aim isn’t to get more likes for likes sake. I use likes as a metric to determine positive community responses. If people don’t tap on the little heart, I have to take that as a cue to adjust my strategy.

My publication received 912 views as of December 5. My two most popular stories were “Defining the D.I.Y Scene” with 252 views and 144 reads and “Women are Critical to Diversifying New York City’s Punk Scene and Beyond” with 145 views and 78 reads. The engagement rate or “read ratio” for those two stories were 54 percent and 57 percent respectively. Overall, about 41 percent of my audience read through my pieces. Reads are calculated by how many people actually finish the article. According to Slate, most visitors will only read about halfway through.

Part of the reason why I got these numbers was because I established myself as a presence within this community. My audience felt like they were a part of my work and were being heard. So when I shared a finished piece, they were excited to read it. I also did little things like follow-up with people that I talked to, drop my pieces into Facebook groups and asked people online for feedback. I was only able to do that if I was transparent about my process and invited them to come along for the ride.

It’s great to have community-led content but your community can’t tell you everything. Your audience is also counting on reporters for their journalistic expertise. I noticed a gap in coverage regarding policy changes in New York City and covered things like the Nightlife Mayor and changes in Loft Law. In order to recognize this latent need, I had to prioritize listening above all else and report the information in a way that was of service to the community.

Moments after my supposed failure

So, I lied. My project wasn’t a complete failure. Chances are, with a hypothesis built on evidence and solid engagement strategies, your project isn’t either. The most important insight that I gleaned from this process was that reiterating with community feedback is critical to moving forward. It’s very rare to get it right the first time. So what if you get something wrong? Successful engagement projects in journalism requires that you try again. It’s only truly considered failure if you stop

Kristine says: Special thanks to Gayla Escoda Brooks who let me table at Punx of Color and Ryan Saavedra who helped format and print the zine.

Kristine Villanueva is a student at the City University of New York’s Graduate School of Journalism, working with the underground music scene in the greater New York City area. You can reach her on or on Twitter or at [email protected].