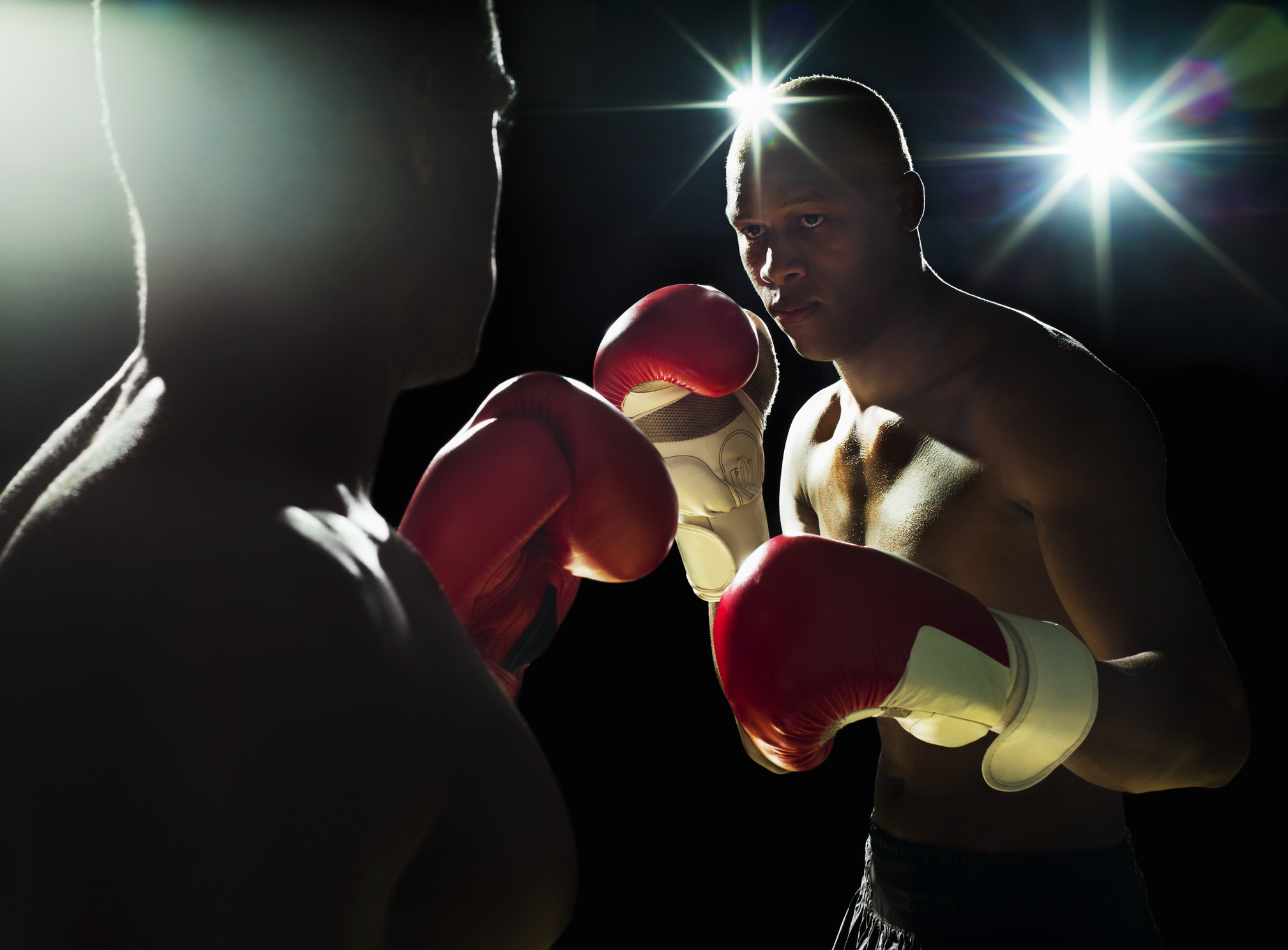 One of the consequences of wanting our world and technology to go ever faster is that we keep looking for solutions to limit that speed.

But everyone in the news business knows we can’t put the information genie back in the bottle. We have increased our output of content and given it away mostly for free, while others developed more and more hardware and software to improve connectivity and democratize the ability to publish ideas and opinions (if you can afford it, of course).

"Micro" is just a term for where reporters need to be: helping to rediscover humanity. We can't "comfort the afflicted" from behind a desk.

I had to respond to Stephen J.A. Ward’s “Macro-Resistance: How to Detox a Polluted Public Sphere” because it is the opposite of what I have advocated for so long.

There are parts of Ward’s ideas I agree with, such as the needs for more media education and “public-directed regulation,” which is similar to my desire for citizens’ juries.

But the overarching problem with Ward’s thesis is viewing this as a macro war. It’s anything but.

Ward states that the public sphere has been “corrupted in its capacity to discern truth from falsity, sincere reporters from manipulative voices, experts from ideologues, facts from uninformed assertion.”

Is it a question of capacity or willingness? Capacity implies – as was the case with the “deplorables” of 2016 or the “47 per cent” of 2012 – that the opposing voters are simply incapable of seeing the truth.

But what if they’re unwilling to agree with someone else’s truth? Or what if they don’t recognize it as true to their own experiences?

Last year I developed the notion of “factual sovereignty” to describe the current trend of elevating opinion to being equal to, or more valuable than, facts. We are not in a post-fact world but instead one where subjectivity has been turned on its head to become a new objectivity.

Imagine facts as though each is an independent nation state, and truth is a series of international treaties. You can agree or disagree with a person’s statement, their Facebook status or tweet. You’re either making a treaty with that statement or you’re factually sovereign from it.

If a politician tweets a statement and then contradicts it, their second statement is factually sovereign from the first. This allows for the variation in opinions in a person far more complex than the simplistic political left or right.

And it can’t be resolved by a technological patch or a grand council or “hub” of experts.

Ward writes, “It is time to create, at the center of our media system, a networked core of groups that cares about responsible communication for democratic community. We need to connect across many boundaries. Journalists, scientists, librarians, data workers, community advocates and others need to join in macro-resistance to fakery, harassment, ideology, and manipulation.”

Even if there were a network of such a list of people, would it still be a minority, an elite, determined by, perhaps, ideology? The very nature of “responsible communication for democratic community” opens up a raft of questions about what democracy should look like and who is expected to be responsible (i.e. politicians or voters – top down, or bottom up?).

Ward says “trust should be reserved for one’s partner, spouse, close friends, and colleagues” – not for media institutions. As a reporter, whether or not someone will speak to me for an interview depends entirely on trust. It might be a different kind of trust than that between partners or friends, but it’s still trust. “Media reliance,” as Ward calls it, has little meaning if a reader doesn’t believe what they’re reading. They might accept nine out of 10 reports from the journalist, but if the 10th clashes with a deeply held belief, they’re not simply going to accept it and roll over. They can be factually sovereign from news story to news story.

Within each person is the freedom to choose what to believe or disbelieve. Whether that choice comes from religious or philosophical texts or another source altogether, it remains in sharp contrast to proposals for a “hub” determining value and truth.

I view factual sovereignty as such a deep problem that to remedy it, reporters must go towards mediation and peace-building – effectively “micro” conversations rather than macro resistance.

Reporters are ideally suited to the task, because the questions we ask are nearly identical to those of mediators. The prime difference is the outcome: reporters report on the conflict, mediators work toward a resolution.

Like mediators, reporters would meet with each party and try to understand the dispute. They would then try to bring both together to find shared positions. Then the reporter can report the outcome, a new treaty of agreement. Unlike TV news, this isn’t talking heads getting paid to argue – there is no live feed to feed egos. This is solutions journalism, but from the ground up.

And Ward’s macro resistance is too much like solutions journalism, which works from the top down. There is a place for that, but not to the exclusion of mediation.

Similarly, I’m not denying a role for technology. And it’s not saying we should stop fact checking, investigative reporting, etc. This is about carving out a portion of our roles and saying we need to at least occasionally use it for mediation.

It would require overhauls to the profession, such as mandatory continuous professional development, more public spaces where the public feel a shared ownership, and willing publishers to make those changes.

The bold work will come from those of us on the ground. Those at the top will pay for and support us to do it.

Towards the end of Ward’s piece, I think he comes closer than he thinks to seeing a solution, when he warns of retreating to “ideological silos” and closing “our hearts to strangers.” But he fizzles away to conclude that “it is possible to work together in social resistance to the corruption of our public sphere. We can, together, be digital, democratic citizens.” “Hearts” and “strangers” are human, “citizens” and “digital” less so.

The biggest barriers to mediation are money, time and power. Macro solutions suit the most powerful, determining what democracy does or doesn’t look like, who can or can’t have a say. And publishers, many of whom continue to make profits, won’t like reporters giving up some of their time to find solutions when they could write six or more clickbait articles. Macro solutions suit them, but I can’t escape this feeling that it hasn’t worked and won’t in the future.

“Micro” is just a term for where reporters need to be: helping to rediscover humanity. We can’t “comfort the afflicted” from behind a desk. Afflicting the complacent (not comfortable) can’t be achieved just through our words, our images, our content. If we have so much influence as to pose a threat to the president of the United States, then we are more than just information or content providers. We are reporters. And it’s time we take back our positions in the communities and literally bring people together.

Those who deal with issues of trust every day are the reporters on the ground, not big names or researchers or decision makers. Reporters are the workhorses of an industry where trust rises or falls on our work each day, on each story. And our role, at its best, means asking questions.

The recent attempted sting of the Washington Post demonstrates how crucial it remains to meet people in person and question them in person. Technology simply can’t do that process justice. Yes, it has allowed us to connect like never before and conduct interviews and reach new audiences at new levels. And it permits the envisaging of macro approaches to media and/or journalism and/or society.

But media organizations have surely realized that macro power brokers such as Google and Facebook are not our friends. They are tools, but tools we don’t have control over. What do reporters still control? The ability to professionally ask questions, to meet members of our communities in person, and to help them meet each other in person. They are tools we use daily around the globe. Let’s focus on that micro work instead of seeking a grand macro fix.

Tristan Stewart-Robertson is the chief reporter of the Clydebank Post weekly newspaper in Scotland. He is also the directing editor of the news websiteTomorrow.is, founded on core ethical principles including promoting responsible debate and mediation.