Macro-Resistance: How to Detox a Polluted Public Sphere 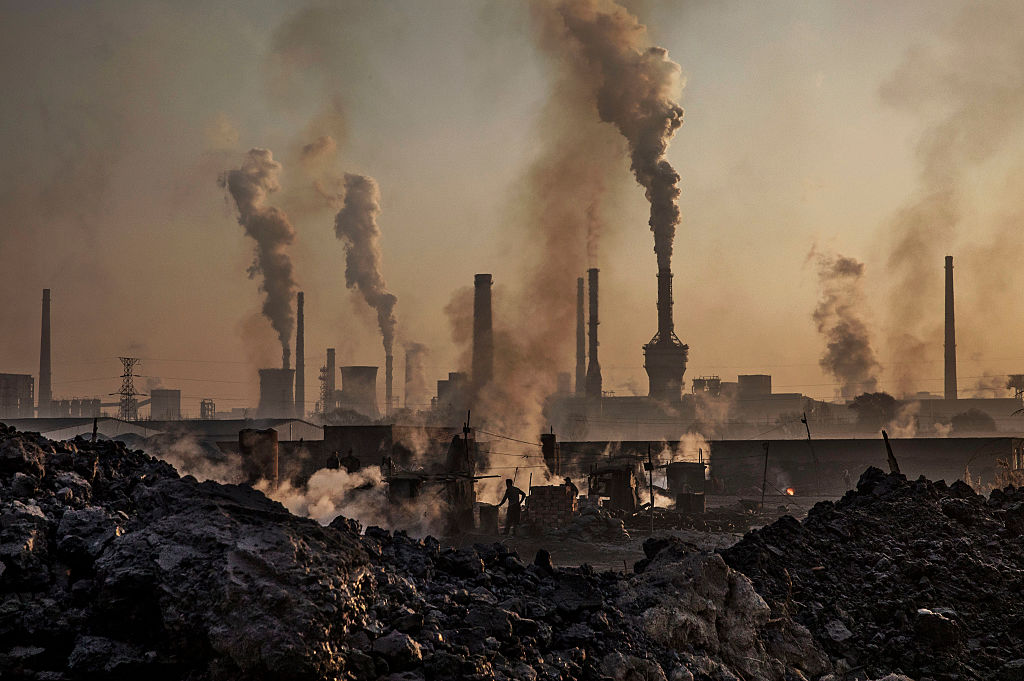 This is the second in a two-part series. You can read the first part here.

Despite the creative media unleashed by our digital revolution, there is increasing evidence that our public sphere is polluted, corrupted.

It is time to create, at the center of our media system, a networked core of groups that cares about responsible communication for democratic community.

Corrupted in its capacity to discern truth from falsity, sincere reporters from manipulative voices, experts from ideologues, facts from uninformed assertion.

It is nasty out there.

The internet we once praised for its “democratization” of media and for making possible “we the public” is now a raucous, often dangerous global sphere of trolls, hackers, racists, fanatics, conspiracy theorists, and robotic manipulation of social media by governments.

All of this is happening in an apparent era of science, of easily accessible information, of massive collections of data, and hundreds of universities and centers for factual, reasonable discourse. We inhabit a virtual world of wall-to-wall opinion; a democracy seemingly without facts. Firm belief in facts coexists with utter certainty of opinion.

I suspect this troubled internet will lead to a more reliable, better protected public communication system, although I lack the technical expertise to imagine its shape. Until such a system arrives, we should not simply complain about fake news. The situation is complex, but not hopeless. Digital citizens can act in common cause.

What common cause? The first step is to detox: To reduce pollution in the stream of media information washing over us. How? By mounting macro-resistance to macro-corruption of the public sphere. Only macro-resistance can counter macro-corruption. It is time to create, at the center of our media system, a networked core of groups that cares about responsible communication for democratic community. We need to connect across many boundaries. Journalists, scientists, librarians, data workers, community advocates and others need to join in macro-resistance to fakery, harassment, ideology, and manipulation.

Here are a few ways to detox the media sphere.

We build a national coalition for media accountability. I envisage a system of online, networked centers, independent of government or any one media organization, and plural — open to many approaches to media. Universities, journalism organizations, media ethicists, NGOs, media websites, news councils, and citizens would create a high-quality resource for daily media discourse, evaluation, and promotion of excellence. It would be global in outlook, linked to coalitions in other countries, and learning from other media systems.

The coalition would focus not only on the work of mainstream journalists. It would pay attention to the media content and practices of citizens, advocacy groups, and the so-called “fifth estate” — online critics of mainstream media. No one has a “get out of jail” pass, when it comes to media ethics.

The coalition’s functions would include fact-checking, exposure of dubious sources, debate on media ethics and the coverage of events. And all of this is based on our best scientific and community knowledge. Crucial to the coalition is that it be high-profile — well-known to the public as a trusted place to check a media source and debate media policy. The hub of this network could be a school of journalism or a multi-disciplinary center for democracy. Perhaps there should be several coalitions. Whatever its structure, it would be a place for macro-resistance, a center of gravity amid the information wars that engulf us.

Building the coalition would take imagination, leadership and resources. Turf wars will flare. But there are resources out there. In North America, the Association for Education in Journalism and Mass Communication has thousands of members, instructors and students of media at dozens of universities and colleges. There are numerous journalism societies and media foundations, and many civil society groups concerned about information, in the USA and abroad. Their macro-resistance would be greater if they joined in common cause.

The coalition will require a better understanding of why we believe some media sources, and not others.

I believe that most polls on public trust of media are measuring the wrong thing. Trust should be reserved for one’s partner, spouse, close friends, and colleagues. Trust is personal and intense. I don’t think our relations with media and other impersonal institutions amount to trust. Further, I don’t think we should trust any institution. We should grant them a temporary and earned credibility. I prefer the term “media reliance”: the public has a right to rely on journalists to provide accurate reports. Journalism must earn the public’s reliance every day. The judgment that media sources are worthy of our reliance, is tentative, fallible, and dependent on media performance over time.

Also, we need to rethink how citizens evaluate media. No longer is it believing what one anchor or one newspaper tells us, a passive, top-down form of trusting. Today, media evaluation is active and plural, as we compare stories from many sources and we share stories among us. We need a digital epistemology of media reliance grounded in actual media use. We look at how people actually weigh claims from many sources. Then we find ways to teach the critical assessment of information in a contested media environment, where no claim is published without challenge. If media literacy is defence from manipulation, then today we need more sophisticated means of defence. Studies are already underway at the University of Missouri and at the Markkula Center for Applied Ethics.

Media Ethics for Everyone

Macro-resistance will falter unless we alter how we teach media ethics. In a world where citizen’s create and absorb information, and participate in news coverage, media ethics is now media ethics for everyone. This means we need to start teaching about media early in public education. This includes information on who owns the media, how content is produced, and how to evaluate online data. We also need to teach a broad communication ethics that addresses cyber bullying and other issues beyond journalism. To this end, educators should design curricula for teaching media literacy and ethics, perhaps an international template sponsored by the United Nations.

Macro-resistance entails better forms of accountability. By accountability, I mean the articulation of one’s media values, procedures to deal with conflicts of interest, accessible methods for public queries, explanations of controversial decisions, firm correction policies with unstinting apologies, and corrective action—showing how the problem will be avoided in the future. These features should be part of anyone’s media use, not just big news media; and not just in journalism. If you are communicating with the public, you—whomever you are—owe concrete and effective accountability methods to your audience.

We need a public revolution in media ethics—the participation of publics in the formulation of standards and in the monitoring of media performance. Rather than talk of media “self-regulation” we should think about a public-directed ‘regulation’ of media ethics. By regulation I do not mean laws but ethical norms and processes that give the public a meaningful place in code revisions and debate on media issues. Maybe we should call it public-participatory ethics.

In stressing social action, am I ignoring individual responsibility in media use?

No. I think individual and collective responsibility are mutually supporting partners in responsible publication. Today, citizens cannot just blame professional journalists for bad media since citizens are now players in the media sphere. They have responsibilities to support good media, and adopt good media practices. They should expose themselves online to many views. They can, for example, use diversity-encouraging sites such as Escape Your Bubble and Read Across the Aisle.

However, despite these useful sites, individuals alone cannot detox the media sphere. There is no individualistic, technological fix to the problem of macro-pollution, e.g., to simply download a better anti-virus software. Collectively, we must inform each other about those who poison the wells of information, while working, positively, to do great journalism.

In the end, even an accountability coalition and great journalism are not enough.

Macro-resistance requires action from society in general. Technology experts need to protect electoral systems from hacks; our education system needs to prepare digital citizens. Governments can pressure social media to identify fake news, refuse accounts to racists, and be transparent about who pays for ads.

There is another, less tangible, area that is crucial. It is less tangible because it deals with attitudes, or psychology. Detox needs citizens who are willing to act as tolerant, reasonable citizens. Democracy is inclusive dialogue in determining the common good. In the 1990s, John Rawls, one of America’s greatest liberal philosophers, put the problem this way: In our plural democracies, we cannot, or should not, enforce our religious or philosophical conceptions of life on others. At best, we can seek common political principles, independent of our philosophical views. But this “overlapping consensus” on democratic basics, such as principles of justice and basic rights, is only possible if the groups desire fact-based dialogue. If, instead, we view society as the location where we pursue our self-interest or ideology at the expense of others, no real democracy is possible. If we retreat to our ideological silos and close our ears to inconvenient facts, and close our hearts to strangers, there will be, in the long run, no stable and peaceful democracy.

So I ask: To what degree do you think citizens in America are willing to adopt this evidence-based, tolerant approach to the common good? How many are willing to question the certainty of their beliefs? How many are more devoted, as fanaticism encourages, to implementing their political agenda at whatever cost, and blame the problems on scapegoats?

Here the problem is larger than journalism. The issue is how to deal with the differences among us, how to reduce the attraction of fierce ideologies. This calls for social initiatives to encourage dialogue across divides. Inequalities need to be reduced. We need economic and social policies that reduce glaring inequalities, not favor elites. Here, the journalist’s role is being a bridge of understanding among groups.

Do not be despondent. We are not powerless. But, we will accomplish little unless we collaborate in moving both media and society in the direction of egalitarian democracy with healthier channels of communication.

Despite the daunting problems, it is possible to work together in social resistance to the corruption of our public sphere. We can, together, be digital, democratic citizens.

One response to “Macro-Resistance: How to Detox a Polluted Public Sphere”