How OZY is Equipping Educators for Changing Media Audiences 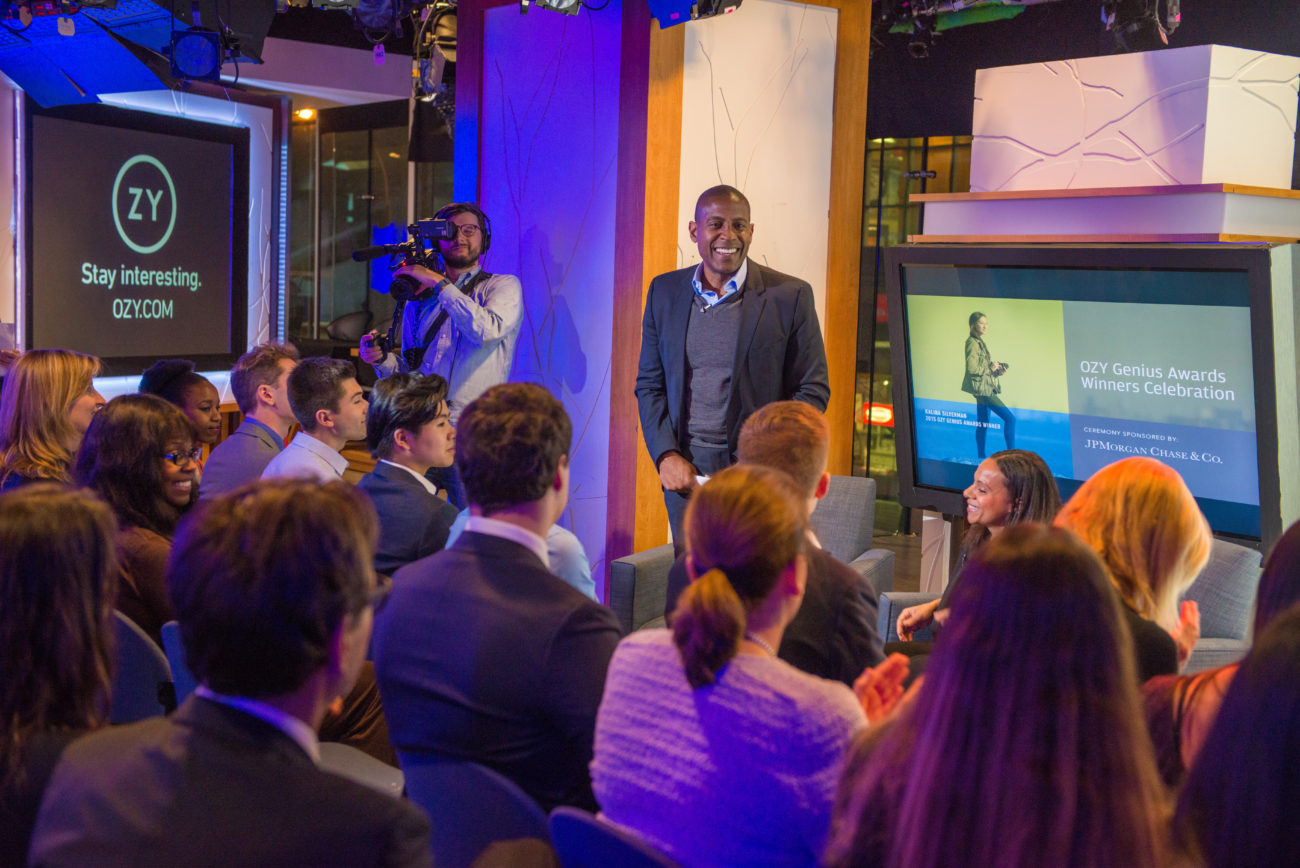 Carlos Watson, host of PBS’ “Third Rail with OZY” and founder of the daily digital news and culture magazine OZY.com, has a theory to address the transformations in both journalism and education.

His ideas are rooted in his father’s “aspirational relationship to the news.” Watson said his dad, a teacher like many in his family, believed media should be more than information passively consumed by an audience – it should help set a course for the future.

“I think you need to have something that’s not just smart but flavorful if you’re going to capture this generation.” - Carlos Watson

“News and culture and information can actually broaden you, and motivate you, and provoke you and really encourage you to try things you otherwise may not think about doing,” Watson said.

ADVERTISEMENT
As Watson visits campuses on the OZY EDU College Tour, the journalist and entrepreneur is bringing into classrooms both conversations and tools for educators to employ his father’s understanding of audience as empowered partner. Although technology and multiple platforms are crucial, Watson said the changing demographics and psychographics of students and viewers are even more important drivers of decision-making in education and journalism, which is the focus for OZY.com.

“There are more consumers who have more access to information and are therefore a more discerning, hungrier and more diverse audience,” Watson said. “I think that they aren’t simply up for having a handful of headlines regurgitated to them over and over again. … They want to see the world more broadly, they want what’s delivered to them to be not just a focus on today but a focus on what could happen tomorrow. They want things to be meaningfully global.”

Crafting News and Information for the Classroom

What this means for Watson and OZY.com is daily digests, original global reporting and a specific outreach to educators so students can engage with news. According to Watson, nearly a quarter of a million teachers and professors are now using OZY in the classroom.

“We find a lot of teachers and professors are assigning our presidential daily brief as a good daily way to keep their students up on what’s going on because it’s a fun and easy way for them to be current,” Watson said. “Then, we see them using other parts of OZY as a way to get their students not just to catch up but to look ahead.”

More recently, Watson and his team have launched OZY EDU, a section of the site built for educators to use OZY reporting as a tool in classrooms, along with companion teaching materials. This, again, was developed from the theory of following what an audience – in this case, students – need.

“Successful teachers and professors have to be able to use lots of different tools to reach, frankly, different kind of students,” Watson said. “I think you need to have something that’s not just smart but flavorful if you’re going to capture this generation.”

OZY EDU provides educators with a diversified tool kit through videos, podcasts, written stories, and the like, for teaching not only about the present but also in anticipation for what students will need to know about their future.

Watson has pulled some of this audience-based theory from his varied experiences in professional journalism – from the Miami Herald and the Detroit Free Press to roles on MSNBC and CNN – where he sometimes saw a resistance or sluggishness to change.

Watson and his team are working to step into a gap between what conventional media is doing and what today’s audience needs and wants, based on the premise of not just reporting the news that’s happening now but attempting to predict and cover what may come next.

“We’re in an incredibly tumultuous moment right now … no matter how you feel politically,” Watson said, noting such change has meant a fundamental revisiting of issues from nuclear weapons to health care to taxes to immigration.

This turbulent time means opportunity for Watson. He pointed to increased audience engagement, his innovative staff, and simply a “desire to be open and look around” as keys to the forward-thinking type of journalism that OZY hopes to employ, influencing mainstream conversations and decision-making with an eye to covering what may be the next big issue or debate.

Continuing the Conversation in a Civil Way

Before that future arrives, Watson’s other area of interest is facilitating civil debate on key issues, which dips again into both the journalistic and educational realms. His PBS show “Third Rail with OZY” tackles topics with guests from divergent viewpoints, who then have a constructive conversation.

“You need a place where people can talk, not just about the polite and politic, but frankly about the provocative and the difficult – the third rail, if you will — but it needs to be a conversation that doesn’t happen in a bubble and is not just happening between people who already agree with each other, or frankly people who disagree but who are just shouting at each other,” Watson said.

Though this modeling of civil discourse is not always easy, according to Watson, it’s “important work to invite people into the arena who aren’t all pundits and pollsters” to set an example that divisive issues can be discussed to a positive, and perhaps educational, end.

Regardless of the medium or permutation, Watson’s focus on adapting to audiences in both journalism and education is purposeful; he wants both learners and viewers to “see more of the world than you normally would, but in turn, maybe be more and do more, and that really has been OZY’s mantra.”