As FCC Destroys Localism, Public Media Could Save Local News 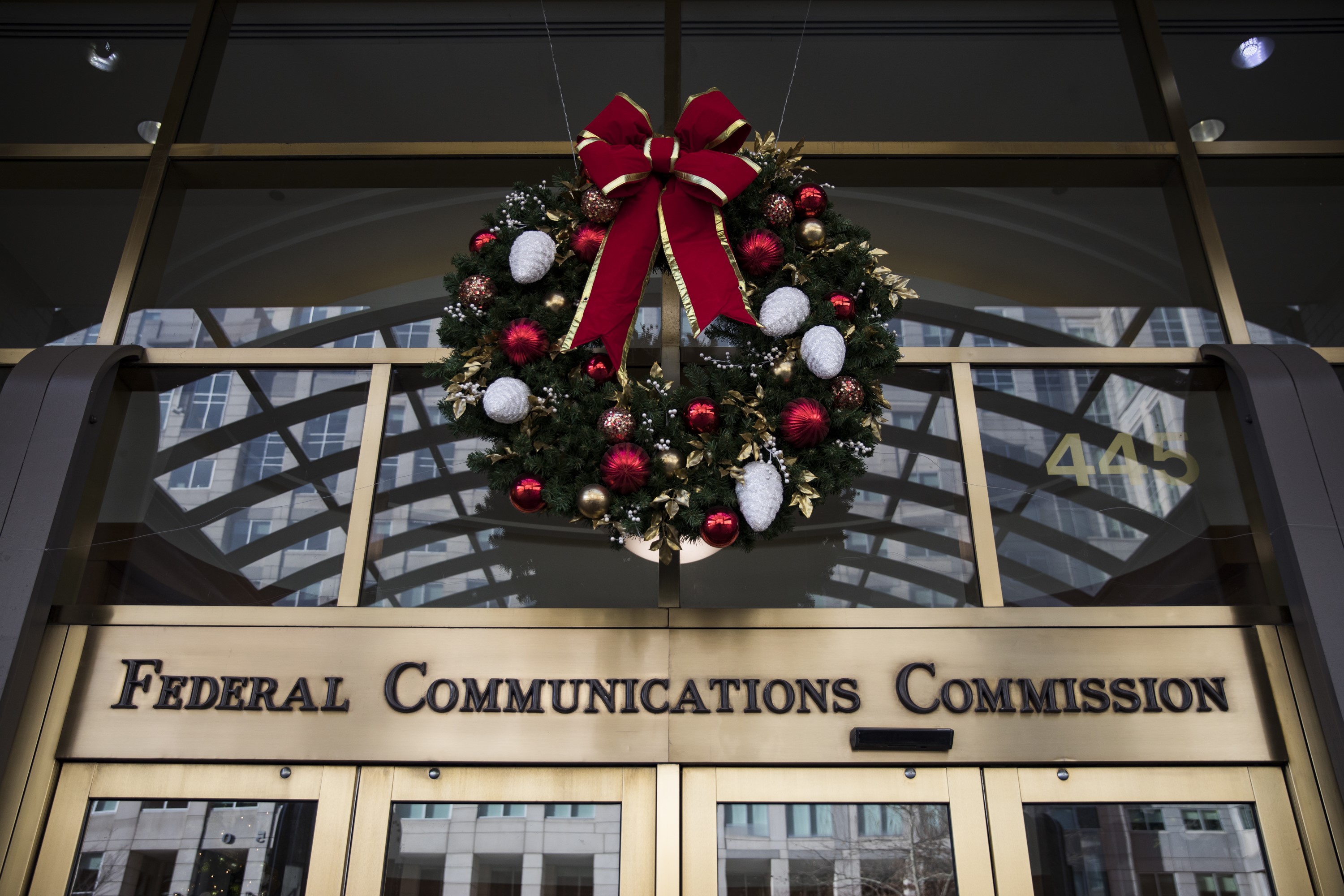 The main entrance of the FCC headquarters in Washington DC. (Photo by Samuel Corum/Anadolu Agency/Getty Images)

Local news won’t be local for much longer.

A series of moves by the Federal Communications Commission threatens to drastically impact how we conceive of “local” news in the future. The FCC recently voted to relax limits on how many television stations one company can own in a single market, and to eliminate a rule prohibiting cross-ownership of a newspaper and broadcast station in the same community. Another change ended a requirement that local TV and radio stations have actual studios in the communities they serve. These changes are likely to result in a new wave of consolidation, with large national corporations buying up local stations in communities where they have no connections.

"With local programming disappearing in commercial broadcasting, public media is more essential than ever."

The new FCC regime seems intent on destroying localism, the bedrock principle in American telecommunications since the Federal Radio Act of 1927. By making broadcast licensees serve their local communities, the rules forced broadcasters to assume responsibilities to their audiences in exchange for an opportunity to mint huge advertising revenue. This trade-off worked well for almost 100 years. It wasn’t broken, and it didn’t need fixing.

Given the upcoming consolidation of commercial media, it’s imperative to ensure the survival and growth of U.S. public media, where localism is still a central feature.

Resources for the community

The Public Broadcasting Act of 1967—signed into law 50 years ago—states that local public TV and radio stations are “valuable local community resources” that can and should be used “to address national concerns and solve local problems through community programs and outreach programs.” The act made possible a public media system that now includes more than a thousand local stations, each licensed to a nonprofit, community group or educational organization—oftentimes a college or university—with close ties to the communities where they operate.

I saw this first hand when I worked as a public radio reporter and editor in Alaska for nearly a decade. My first job in the state was hosting the Alaska Fisheries Report, a weekly show on commercial fishing that originated at KMXT in Kodiak and aired on more than 20 local stations statewide. People in Alaska take fishing seriously. It’s more than a job—it’s a cherished way of life, from the family-run boats to the processing plants that dot the Alaska coast. Reporting on these individuals and the issues they faced taught me how local public radio creates and sustains community. When I mispronounced the name of a well-known fishing family on the air, I’d hear about it. More often, though, I’d get calls and emails from listeners thanking me for reporting on how they made their livelihood.

When I wasn’t producing the fisheries report, I hosted newscasts where we read the marine weather so fishermen in the waters near Kodiak would know whether a storm was closing in. Our tiny newsroom (one reporter and a news director) also covered municipal government and schools. The station provided live broadcasts of city council, borough assembly and school board meetings. If you want an example of how local broadcasting keeps a community informed, look no further.

Fishing trawlers near the Kodiak coastline in Alaska. (Photo by Wolfgang Kaehler/LightRocket via Getty Images)

Sinclair Broadcast Group is likely to be the biggest immediate beneficiary. Already the single largest owner of local TV stations in the country, Sinclair’s $3.9 billion deal to buy Tribune Media would give it the ability to reach more than 70 percent of American living rooms. Sinclair is controversial for the right-wing spin it incorporates into its stations’ newscasts. But a lesser-known fact is that Sinclair consistently slashes programming costs at its stations. This leads to less relevant information and news content. Other potential winners include newspaper chains Gannett and Tronc, which can now buy local broadcast stations and turn them into hollow extensions of their national newspaper brands.

In contrast to these for-profit media ventures, public media is investing in local news. A recent Pew Research Center report noted that from 2008 to 2015, the 125 largest news-oriented public radio stations increased collective spending on program and production costs from $313 million to $399 million.

The U.S. public media system is far from perfect. It remains underfunded compared to other countries, and what little funding it does receive from the government is regularly attacked by free-market and socially conservative forces. In addition, despite its success at reaching audiences across the country, public media could do a better job of serving all people.

But by and large, my former colleagues in public media embrace the vision of the system’s founders, such as National Public Radio’s first program director Bill Siemering. In NPR’s original mission statement, Siemering called for public radio to make listeners “more responsive, informed human beings and intelligent responsible citizens of their communities and the world.” Likewise, Jack Mitchell, the first producer of NPR’s “All Things Considered,” once wrote: “Public radio’s business is not information, media, or even radio. Its business is public service.”

These values still infuse public media today. But with local programming disappearing in commercial broadcasting, public media is more essential than ever.

Casey Kelly, a former public radio reporter in Alaska, is currently a Media Studies graduate student at University of Maine.