Your Guide to Cutting the Cord to Pay TV (2017 Edition) 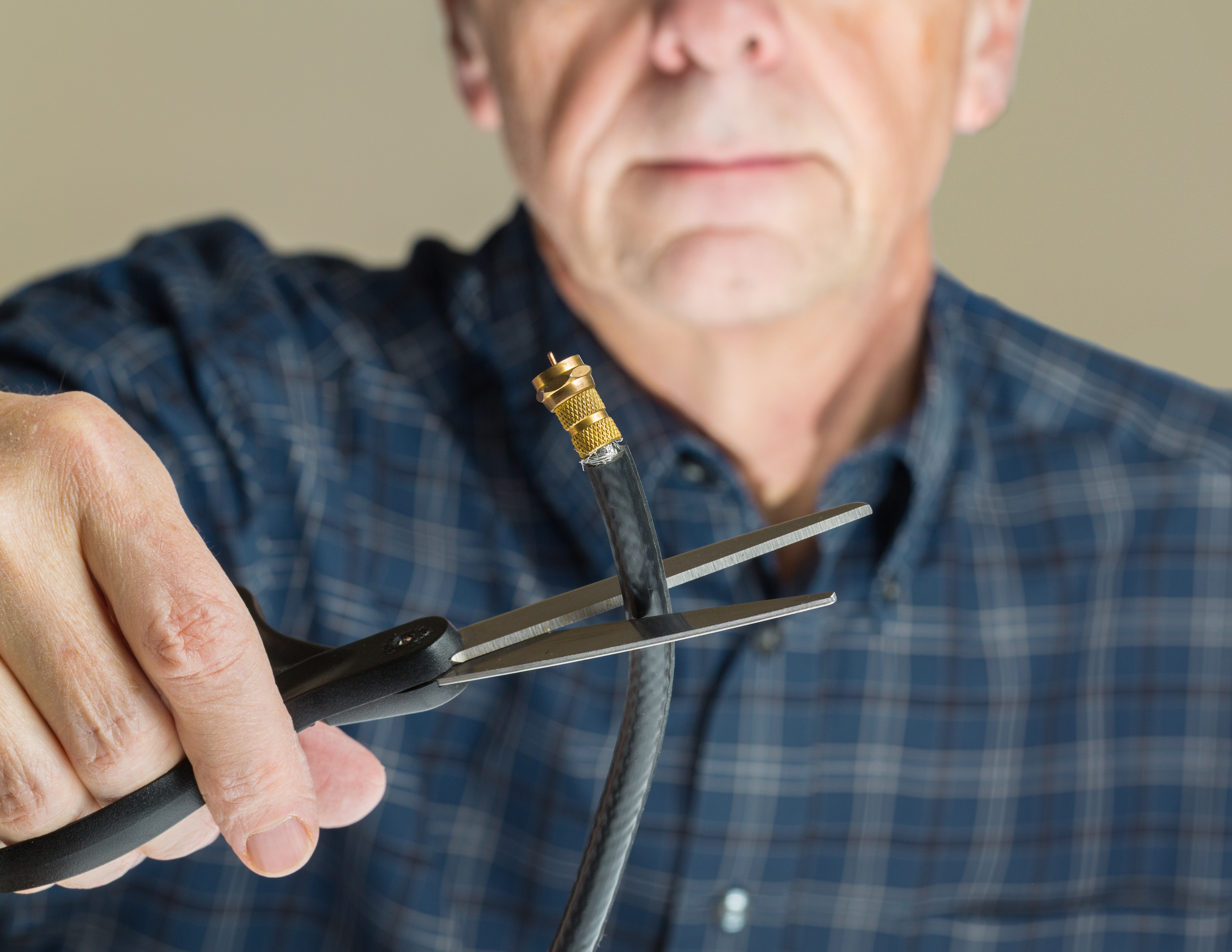 The rise of “cord cutting”—ditching legacy pay TV services like cable or satellite—is old news by now. There are more cord cutters year after year, and cable and satellite companies are losing ground just about every financial quarter. But maybe you haven’t quite made the jump yourself, and you’re wondering how to get started. If that’s you, read on. Below, we’ll talk devices, streaming video, and the biggest issue of all: whether or not you can actually save money by cord cutting.

From the start, cord cutting was about saving money. That’s the goal, here: ditch overpriced cable or satellite TV, and keep the cash. But we’re not all ascetics, of course, so cord cutting only really took off when it became easy to stay entertained without cable.

From the start, cord cutting was about saving money. That’s the goal here: ditch overpriced cable, and keep the cash.

Cord cutting owes its existence in a large part to the rise of streaming services like Netflix. Cable subscriptions peaked around the year 2000, which is the same year that Netflix was founded. The roughest years for pay TV have come in the years since Netflix’s 2007 launch of its streaming service (as you might recall, they were about DVDs in the mail before that). Hulu debuted that same year, and the roster of on-demand streaming services has exploded since then to include big players like Amazon Prime and HBO as well as niche services, free services, and user-curated services. As it stands, here are the big on-demand services you ought to know:

One trick with cord cutting, though, is that most of these services are unrelated. You can’t watch Hulu content on Netflix or Netflix content on Hulu, and while there is some overlap (you can add HBO to Amazon Prime, for instance, or through the skinny bundles that we’ll discuss shortly), it can be easy for cord cutting solutions to get messy.

Hence the burgeoning market for streaming devices, which includes everything from Google’s Chromecast (a $35 dongle that allows 1080p streams from other devices to be played on your TV) to Apple’s Apple TV 4K (a 4K-capable streaming box with its apps, interfaces, and content discovery features — as well as a $179 price tag).

Roku was the first on this scene back in 2008 (just a year after Netflix created the need for such a device) and still makes some of the best options, but it’s a crowded field these days. There are lots of streaming devices out there, which is good, because cord cutting’s many streaming apps form a better cable substitute when they’re organized and accessible through one device. A streaming device is a must-have accessory for a cord cutter, and it makes it easy to watch streaming video on demand – or live, as we’ll see shortly. Here are the big-time streaming devices you need to know about:

Cord cutting’s history is tied up in Netflix and other SVOD (that’s “streaming video on demand”) services, but if we’ve truly reached the cord-cutting tipping point, it’s live TV that has made the difference. The past few years have seen allegedly “DVR-proof” live events like sports experiences an advertising bubble even as cable and satellite companies reeled from cord cutting and DVR-related advertising losses. But cord cutters are watching live TV too, now, and that’s encouraging more and more of us to walk away from cable and satellite.

Modern cord cutters use a combination of some very familiar and very new tech to watch live TV. Let’s start with the old-school solution: over-the-air TV. Thanks to a vast network of local affiliate stations, the major networks (ABC, CBS, NBC, and Fox) broadcast over the air in just about every region. Your local action news team has its own transmitter, which means that you can use an antenna to watch local news for free (and in high definition, as a matter of fact). while antennas are an “old” technology, there’s nothing old about the latest models and modern over-the-air transmission protocols. There’s nothing to stop you from tuning in at other hours, too, for major-network shows as well as those NFL games, World Series broadcasts, and other live events that were supposed to save cable.

For network TV from the many channels that do not broadcast over the air, you’ll need to turn to a pay TV service — but it doesn’t have to be cable or satellite. “Skinny bundles” are the new normal on the live TV front, and they bring live TV to the streaming world while cutting down the size (and cost) of the channel packages they offer. The field is crowded with skinny bundle options these days, including some from major legacy pay TV companies, who have seen the writing on the wall. Here are the ones to know:

Can cord cutting actually save you money?

At this point, it’s clear enough that you can get rid of cable and still get as much live TV as ever. But we’re in danger of losing sight of the original goal, which was to save money. A not-so-skinny skinny bundle package like DirecTV Now’s “Gotta Have It” (120+ channels) or PlayStation Vue’s “Ultra” (90+ channels) will cost you around $70 a month, which will make your bills almost as cable-like as your viewing experience. And cable companies, who have certainly noticed the trend that’s killing their business, tend to also be internet service providers, which means they can rig up unfair pricing systems that make internet-only services disproportionately expensive. In the end, is it really worth it to cut the cord?

Sure, maybe. The thing is, though, that the math is a little different for everyone. You’ll need to know how many channels you really want and need, which on-demand services you’ll use (and which of them you’ll keep regardless of whether or not you cut the cord), and what kind of over-the-air reception you get in your area. You’ll need to know how much your cable bill is right now and how much your internet-only bill would be, as well as what sort of data caps you’ll be dealing with. And then you’ll need to do some math (mercifully, there are plenty of online cord-cutting budgeting tools to help you—including one over in my little corner of the internet, Cordcutting.com).

Yeah, it’s a bit of work, but being frugal tends to mean paying a bit more attention in order to pay a bit less on your bills. In the end, it’s clear that cutting the cord can save you money. How much of that budget breathing room you want to put back into cord cutting services and devices is up to you. So if you’re ready, give it a shot: jot down the price of a Roku or a Fire TV, add in a skinny bundle, weigh the one-time cost of a decent antenna, and put it all together with your ISP’s price for internet without cable. There’s a good chance that, like so many others, you’ll see that you can save quite a bit while giving up very little. Hey, no wonder it’s a trend.

Stephen Lovely is a lifelong writer and a longtime cord cutter. He writes news articles, how-to posts, streaming guides, and more for Cordcutting.com. He lives in New York State.