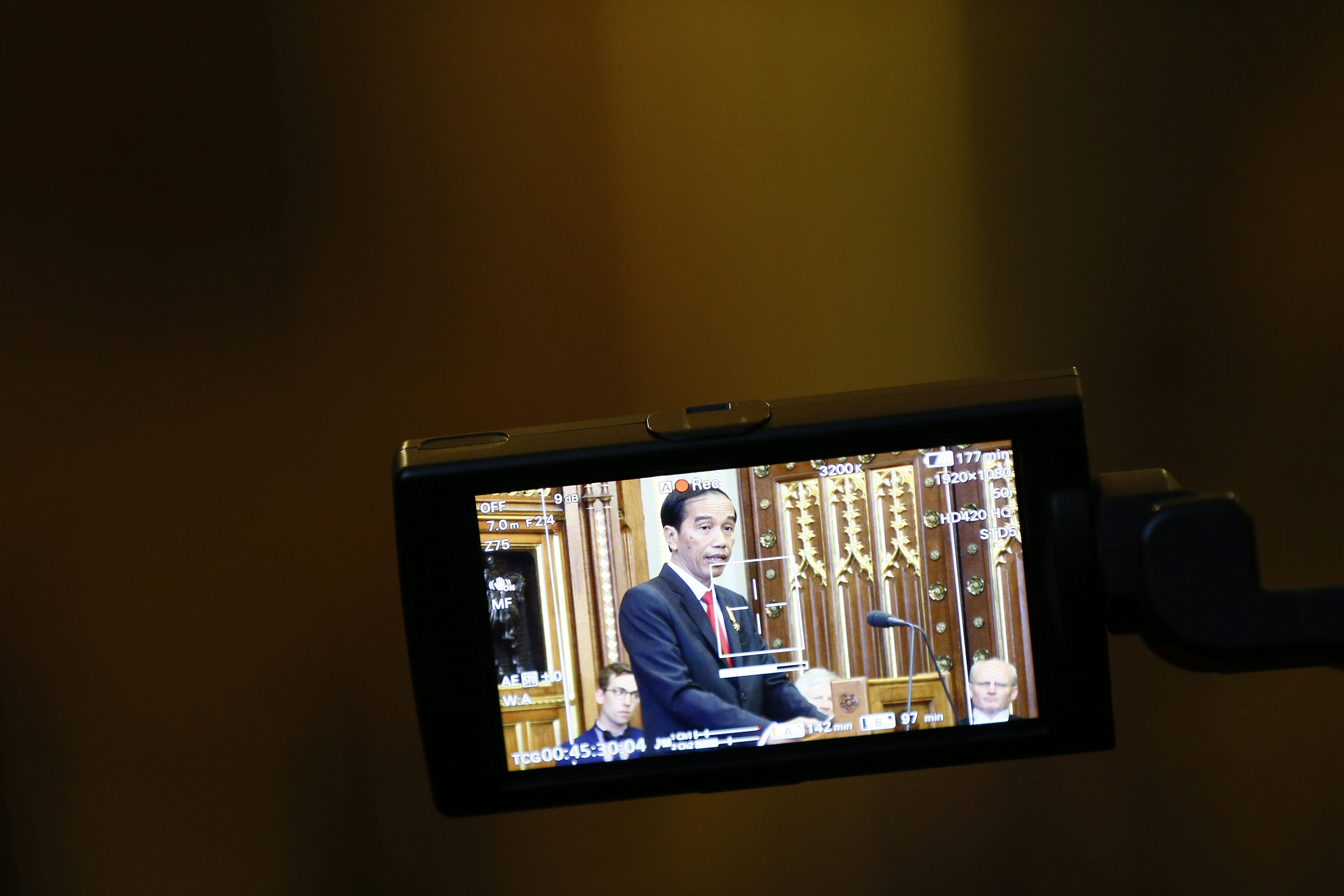 Reuters is taking video live-streaming to another level with a new multi-feed service it claims gives print outlets a leg up on their broadcast rivals.

Reuters Connect, launched several months ago, now boasts “real-time coverage of up to six concurrent news events for use by television broadcasters and professional video publishers,” according to an announcement.

“[Reuters] developed the product after seeing an interesting trend among our media customers: an 88% surge in demand for live video since June last year." -Heather Carpenter

Heather Carpenter, Reuters public relations manager and head of special projects, adds via email: “We developed the product after seeing an interesting trend among our media customers: an 88% surge in demand for live video since June last year. With the new service, broadcasters and publishers will be able to access up to six different streaming news feeds to publish across their platforms. This will also help traditional print outlets compete with broadcasters, since they’ll now be able to live-stream news events in the same way broadcasters do.”

The service taps into what is likely a growing trend, the need for multi-sourced video options for news outlets.

“As more and more publishers see live video as an essential part of their storytelling capabilities, we can now offer best-in-industry choice with up to six concurrent live streams,” Sue Brooks, Global Head of Product for Reuters News Agency, said in a statement. “Add this to our vast video and picture archives, as well as our breaking news coverage, Reuters customers now have everything they need to tell richer stories.”

So, is this the wave of the future?

Still, it’s hard to say exactly how much uptake the service will get.

“I suspect (though it’s only a guess) that it is a meaningful step toward making live video more accessible at a lower cost to more people and organizations,” he said via email. “Of course, some organizations have long had access to multiple live video streams via satellite, but that’s limited to those who can pay substantial costs.”

But Al Tompkins, a senior faculty member for broadcasting and online at The Poynter Institute, is more skeptical.

“This, as I understand it, is largely an international news service,” Tompkins opined via email. “It comes at a time when we Americans SHOULD be more alert to international news, but seem so caught up in the daily Washington drama that it is difficult to remember the world is still revolving without us.”

But, Tompkins said, “The one big upside to this new wire service is the trend toward greater visualization. Photos and videos will get increased play online and in social posts.”

A quick look at the Reuters Connect main page Thursday morning found a menu of stories ranging from the U.S. House passing a budget plan to disruption in the Kenyan elections to the recent release of dashcam video from Tiger Woods’ DUI arrest last May.

With each menu item were links to several stories, videos, images and graphics related to the item. There is also a separate list of live video feeds that news outlets can link to automatically. The outlets can use a “points” system to spread their budget out over a quarter.

“All Reuters assets are in the same place at the same time for the first time, all of our content,” Brooks said during a phone interview Thursday from Asia, where she is promoting the service. “I’m in Kuala Lumpur and have been showing the platform to customers in Asia. The biggest story here is the King of Thailand coronation today.”

“They were able to see at the same time live coverage of the [former king’s] funeral procession,” Brooks continued. “We had photos from the crowd, we had video from the crowd, we had graphics showing the route of the procession and we had, believe it or not, archive video of the [former] king playing the saxophone. If you think of how those different elements make a beautiful story, it opens up the toolbox for storytelling. Everything is accessible at the same time. Previously you would have to get to four or five different platforms to do that.”

Brooks offered few specifics on the cost and who is buying in, but she said, “We’ve got customers all over the world. We are seeing customers who wouldn’t otherwise be able to afford us. We’ve got customers in places like Southeast Asia, Africa, Latin America. It means that you don’t have to be a big multimedia player to have access to this content.”

She later added, “We have had traction in the U.S.”

Asked about the fee cost structure, Brooks said only, “it depends who you are and where you are. If you are a blogger in Africa you would pay a lot less than if you were a national newspaper in the U.K. or the U.S.”

Declining to reveal exact sales figures, Brooks said, “We are well on track by the end of the year to meet the target I have set myself which is in the low one hundred (customers). There are customers migrating from existing platforms and new customers.”

“We’ve said to our customers, ‘We’re not going to tell you anymore the products you need to make over you need to buy from us.’ We are saying here we have this massive vat or hopper of content, our 13.5 million assets, now you go and choose what you want to create your product. We’ve disrupted our own business model and our own product process,” Brooks said.

In the end, questions remain as to what potential customers want and if they are willing to pay Reuters extra for this apparent one-stop shopping outlet. If the cost structure is truly more affordable and local bloggers can utilize the offerings, the demand will prove worthwhile.

As Brooks points out, much of the interest appears to be international with foreign outlets taking the first step toward embracing the services, with fewer U.S.-based sites on board just yet.

The clear challenge, of course, is convincing enough would-be customers to pay up for something that they may not believe is unique to their needs.

An award-winning reporter for 29 years, Joe Strupp has worked in newspapers, magazines, television, radio, and the Internet. His experience spans nearly all beats, from the environment to sports, but with a focus during more than a decade on the media. His writing has appeared in MediaWeek, San Francisco magazine, NJ Biz, New Jersey Monthly, Salon.com and Poynter.org.