Journalism Rip Off: Is it ‘Following Up,’ Lifting or Straight Up Plagiarism? 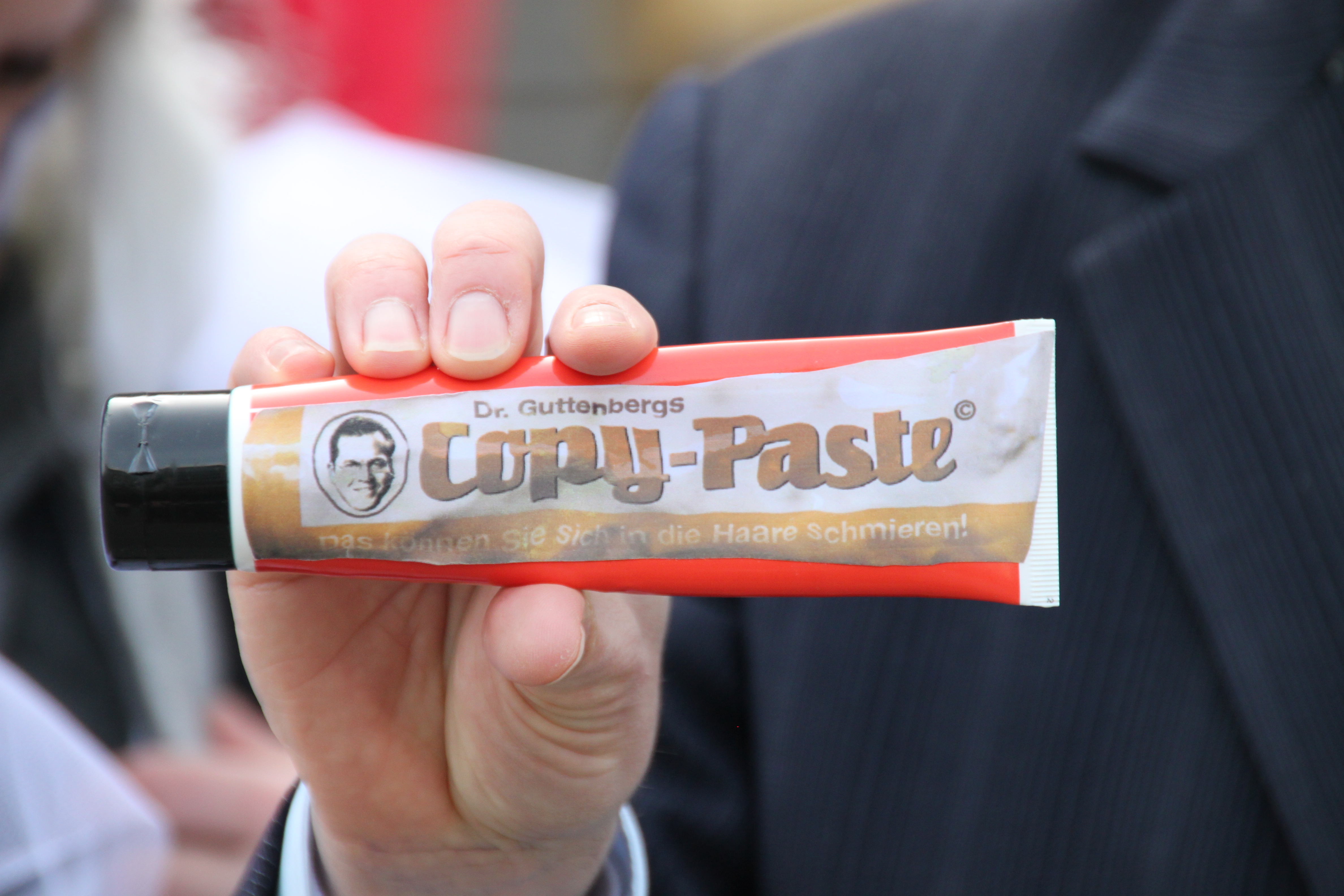 Image by Tim Bartel on Flickr and used here with Creative Commons license.

Two weeks before publication of my four-month long investigation into Internet trolling by Fairfax newspapers across Australia, my editor sent me an email.

“It’s been playing on my mind. I would hate this to have any repercussions on you,” she wrote, “I’m letting you know that you can pull out…if you fear for your safety.”

“I don’t want to pull out. I know and accept the risk,” I wrote back, “People are coming to harm and no one seems to care. I feel a moral obligation to publish. It’s idealistic and maybe foolhardy. But that’s my view.”

And so, on Sunday June 17 the trolling project’s flagship story hit the front page of Melbourne’s Age newspaper and Sydney’s Sun-Herald. It was also published online alongside a compelling video – something that was equal parts exciting and terrifying.

Terrifying because my main interview subject, Mark (not his real name), is a vicious and highly organized troll. As it explains in the link above, Mark could quite easily come after me and, in his words, “f*** up my life.”

Exciting because perhaps, after all these years of speaking out about the ways in which cyberhate can wreck lives and incite people to suicide, maybe now we’d finally see change. Maybe now law enforcement officers across the country would take cyberhate targets seriously.

People read the trolling articles in their thousands and the social media response was enormous. My email inbox filled up with responses to the investigation – mostly women telling me their own experiences of technology-enabled harassment and abuse.

“I felt hopeless for years. The light Ginger and others has shone on this is empowering,” Melissa tweeted.

Then came an almost inevitable tweet that made my heart sink.

Is the Daily Fail allowed to do this to your article? https://t.co/7NGbxs8dS2

Less than six months ago, the Daily Mail and a couple of other publishers lifted a slab of my investigation into child abuse in much the same way. Much like the previous time, the public’s rage at this plagiarism rapidly took on a viral quality. Several of my tweets about this have had more than 30,000 impressions each.

Please retweet if you think @DailyMailAU @mcilveenl should pay my invoice & stop stealing the work of ethical journalists @withMEAA https://t.co/8mozhpJUrK

Even as I write this, I’m fielding calls from radio producers wanting me to discuss plagiarism on the radio. Australian media outlets The Guardian and Crikey have both written their version of events too.

One of the reasons the issue caught alight like wildfire this time seems to be because I sent the editor of the Daily Mail, Luke McIlveen, an invoice for the unauthorized use of my work.

Just to be clear – this was not primarily about the money. It was a political statement about the multitude of macro and micro damages caused when journalists continually cannibalize the original work of other journalists.

As heartened as I am to see the public take a stand against plagiarism, I’m also dismayed at the situation. As more and more salaried journalists are made redundant and the pressure of the 24-hour news cycle increases, this problem is likely to get far worse before it gets better.

To me plagiarism like this has very severe implications for an industry that is already in trouble. It also has massive implications for democracy as a whole. Which crucial stories will never be told if this behavior continues?

Just like last time my work was recycled in this way, numbers journalists have contacted me to explain that this frequently happens to them too.

One of these people is freelancer Kylie Matthews. She sends me a list of six stories originally published on the popular Australian news website news.com.au and then repurposed elsewhere, mostly by the Daily Mail.

“For another journalist to take my work and put their own byline to it – without any credit given to the original source – it breaks my heart,” Matthews writes in her email to me.

“I put my heart and soul into my work and invest a great deal of time into my interviewees so they feel safe and trust me with their stories.

“When unethical journalists then come along and do these ‘secondary stories’, all my hard work is then destroyed and the reputations of those of us who are genuine and ethical are damaged.

“I feel helpless almost every time it happens because there seems to be very little I can personally do to stop it from happening again and again. It’s gotten to the point now that I expect it,” she writes.

Her sentiments echo my own to such an extent, that I could have written them myself.

In the Daily Mail’s response to me via email, Kimberley Brunt, Assistant Managing Editor of Daily Mail Australia writes that: “…there is no copyright in an idea.”

“Our journalists are free to follow articles in the media and, indeed, this practice is extremely common in the world of online journalism,” she writes.

Here I might point out that yes, it is common to follow up the reporting of other journalists.

However, the job of a journalist is to conduct their own interviews and verify the facts themselves – not to copy and paste someone else’s work.

In a tweet on this point, Fairfax columnist Caitlin Fitzsimons duly notes: “This was just lifted with no reporting added.”

Radio and TV news bulletins would barely exist without the work of print journalists. Historically we have all been ripped off for years

Grant’s email response also refers to the Australian Copyright Act 1968 and states: “We would rely on the defence of fair dealing.”

(Please note: The U.S. version of this copyright law is fair use.)

And the law is where this gets extremely murky.

Matthew Rimmer is a Professor of Intellectual Property and Innovation Law at the Queensland University of Technology. While he doesn’t wish to discuss the specifics of my case, he does explain that arguing over copyright in journalism is “an old story.”

“In colonial Australian states, special laws were minted to protect hot news from the telegraph. After federation, there were battles over copyright law and literary works. With mass media, there was litigation over television broadcasts.

“In recent years, there have been conflicts, particularly over the relationship between old media and new media,” Dr Rimmer says.

He points to three areas of the law that mine apply in a case like mine – copyright law, economic rights and moral rights.

“Journalist norms and standards play a role in informing interpretations of what is ‘fair.’”

“In Australia’s moral rights regime, industry standards and norms can be taken into account. For moral rights, there is a defence of reasonableness,” he says.

Meanwhile the Media, Entertainment and Arts Alliance (MEAA), an Australian union that represents more than 6,000 journalists, is gearing up for a fight.

Katelin McInerney, director of media at the MEAA, says “members report plagiarism of their work is on the rise.”

Despite this, she’s hopeful “collective action” will help turn the tide.

“This year for the first time, we have seen a group of freelancers and their supporters successfully rally to pressure a media company caught doing the wrong thing and plagiarizing another journalist’s work to retract the story.

“That happened at the beginning of the year when an Australian online publication was forced to take an article that had plagiarized another of Ginger Gorman’s pieces, after a bombardment of collective outrage on their social platforms forced them to remove the piece to avoid further embarrassment.

“This groundswell of anger and action…around making media outlets more accountable for paying freelancers for their work, and to hold companies accountable for plagiarism has seen MEAA members gearing up to continue the #journotheft action and take it bigger,” she says.

Ginger Gorman is an award winning print and radio journalist. Follow her on Twitter @GingerGorman or support her work on Patreon. A a group of freelancers and Gorman recently started a petition to stop plagiarism in journalism.

One response to “Journalism Rip Off: Is it ‘Following Up,’ Lifting or Straight Up Plagiarism?”