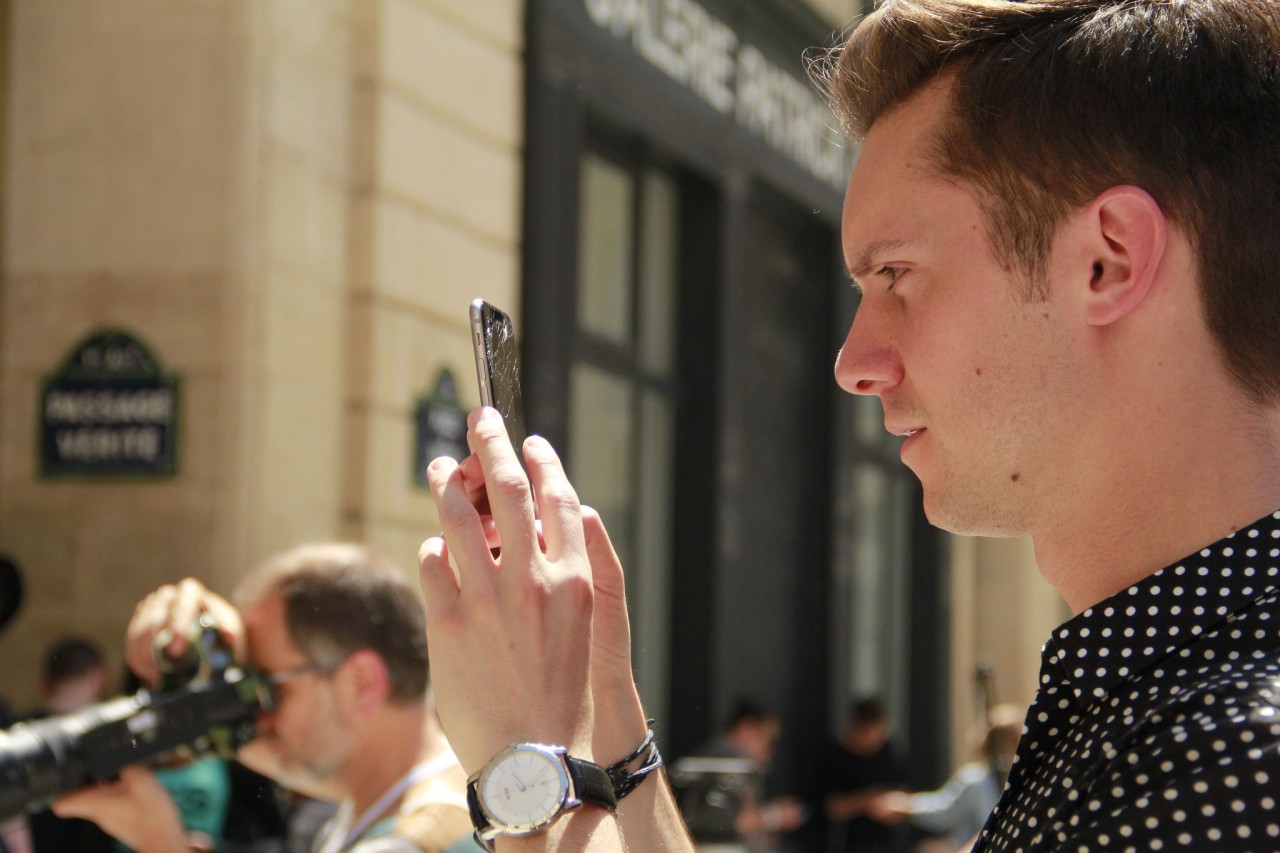 Photo by Melissa BARRA on Flickr and used here with Creative Commons license.

Live streams are more engaging than most news broadcasts on TV — your audience can interact with your reporter, ask questions, and be involved in how the story is reported. Getting your viewers to interact with your streams will help you create a community of followers who keep coming back to watch more. Here’s what to do to engage viewers once you’re actually live:

1. Have an extra person monitor and respond to comments.

While the journalist in the field is live streaming, they might miss questions and comments from the audience. Most live streaming platforms will let you have multiple people logged in to your profile, page, or channel at the same time. So if you have a producer logged in and monitoring the comments, they can help be sending written replies. When a media company live streams and responds to their viewers, their audience feels more valued and will be more interested in returning to future streams as well as staying on to watch the stream.

“You need to welcome people into the broadcast and acknowledge that they are there. Accept their questions, react to comments, and to different opinions…You want a lot of the same people to come back. Make it a community for them.” — Evan Hansen, Editor-in-Chief at Periscope

2. Discipline or ignore trolls, depending on what works for your streams.

Different media companies have different ways of handling troll comments depending on how bad they get. By prioritizing fruitful comments over ignorant or irrelevant comments, you will be engaging the audience that you want — the audience that cares about the subject.

Evan Hansen also suggests live streamers shouldn’t ignore the trolls completely, but should exert and maintain control of the comments when necessary.

“Don’t let the comment community bring you down. Don’t get distracted by the trolls. Respond to trolls, but don’t let it show it’s annoying you. Stick with your main theme, but jump out every once in awhile to discipline people. Ignore it or make fun of it, but don’t let it bother you. Don’t ignore it totally or it will get out of control. Maintain some control of the commenters. ” — Evan Hansen

However, Fusion has a different policy regarding troll comments:

“We have a policy of not feeding the trolls. We don’t heavily monitor comments. I have no issue with people disagreeing. I have no problem with people having very, very unpopular opinions the only thing we really moderate is hate speech, and I think we’re very loose in that we don’t address the trolling comments. We focus on the ones that are on topic and lead to better, more fruitful conversations.” — Katrine Dermody, Director of Social Media at Fusion Media

3. Send and request real-time updates on the stream.

If you’re covering breaking news, you want to make sure that your journalist live streaming has the latest information, which they may not be able to get while on the ground or if they’re stuck in a particular location. And there are times when you may not know what’s happening on the ground and need your live streamer to update you. Open communication will help both producers and journalists respond to viewers correctly and keep them interested in seeing what will happen next.

We want to know what’s going on. We want to know what’s happening… It’s good to have updates into where you are, what you know, and what you don’t know. Honestly, I will start remote producing a video journalist through text messaging, saying “Hey tell us what you’re seeing and ask these questions.” — Katrine Dermody

This is why you should make sure your live streamer either has second person in the field with them or, at the very least, a second phone. Answering texts or calls will end a broadcast, making a second phone essential if you want to communicate with your journalist while live.

4. Consider upgrading from a smartphone.

If your newsroom really wants to invest in quality live streaming, you should look at setting up a system where you have more control over the stream. Geoff Dietrich, the Executive Producer for Newsgathering at AJ+, says that the digital media company wants to use be able to transmit from a control room and add graphics onto live streams to keep audiences engaged.

“We’re looking at using a third party app to transmit the video back to us. We will have it go to a control room where we will be in total control. Different apps facilitate live streaming. It basically sends it to the control room where we can add graphics to it…We have more tools to keep the audience engaged. You can put text on screen, and if you’re not going to have a presenter, we want to find ways to add things to the feed and do it with our live team.” — Geoffrey Dietrich

Correction: This article has been altered to correct and attribute Fusion quotes to  Katrine Dermody, Director of Social Media at Fusion Media