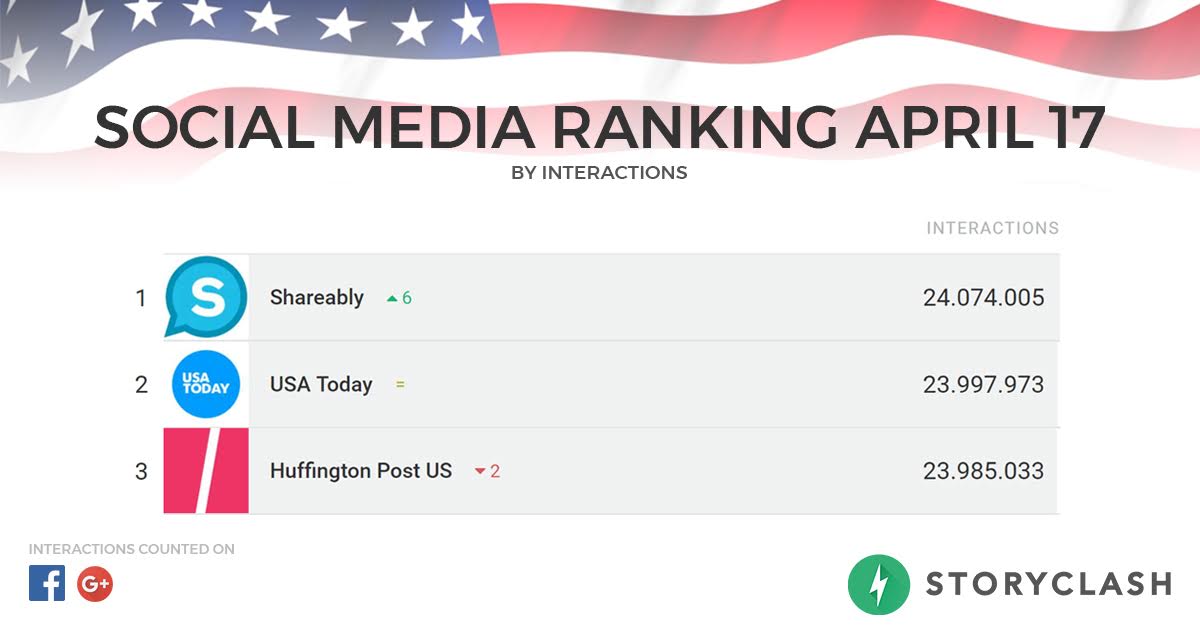 The biggest leap forward within the top performing group was achieved by BoredPanda, which accomplished an increase of 19.5 percent in its number of social media interactions. The website, which is an art, design and photography community for creative people climbed up three ranks in total.

In contrast, Bright Side and the Washington Post lost a few places compared to the previous month. Bright Side, a website filled with uplifting quotes, stories and videos dropped down four ranks and therefore lost its place on the podium. The Washington Post lost even seven places in the classification compared to the previous month.

The Top Post in April is an article about bizarre mugshots, which got more than 1.6 million social media interactions in total. The second best article, on the other hand, is about the affects that beaches can have on the human mind.