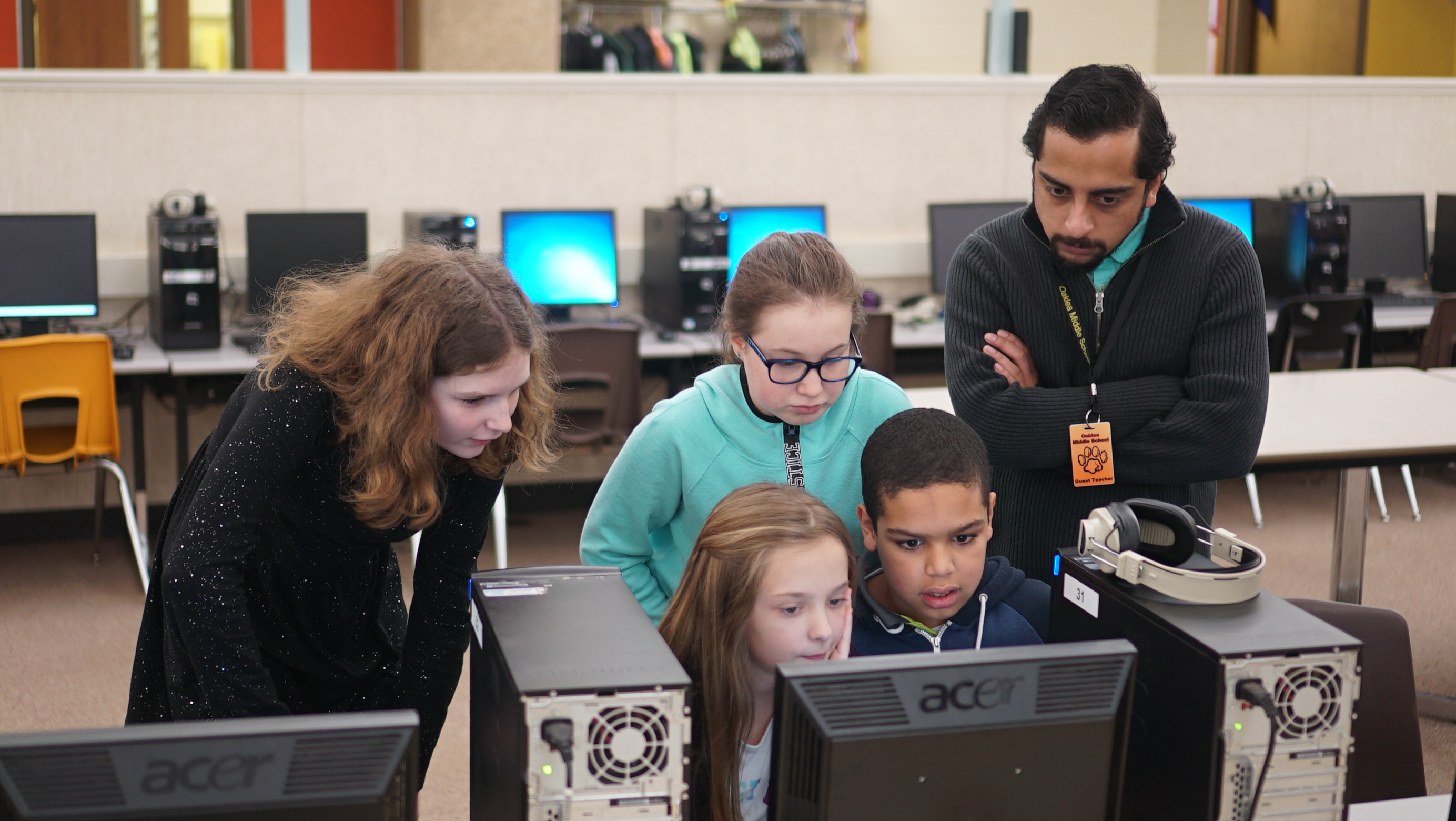 Journalists take for granted skill sets that define the profession: researching unfamiliar topics, asking probing questions, synthesizing new information, and engaging publics. Yet these skills also correlate to what K-12 students will need in order to navigate an ever-changing and complex world.

Media is omnipresent in nearly every area of our lives. Despite economic disparities, 75 percent of U.S. students own a smartphone. Yet media-related instruction remains largely missing in our schools. Albeit controversial, the widely adopted Common Core calls for increased media and technology integration, as well as raising curricular emphasis on nonfiction texts to 70 percent by the time students are in 12th grade.

When students realize that their work will be viewed by peers, their families and community members, they invest more of themselves.

A growing body of studies show that students with journalism and publication experience excel beyond peers who do not. Jack Dvorak was among the first researchers to uncover what we now know to be the “journalism effect.” When young people have opportunities to craft journalistic stories about their lived and shared experiences, they earn better grades and test scores in high school and college than their peers, outperform their peers in college freshman writing assignments, and make fewer errors in their writing than AP English and honors students.

My subsequent investigations found that students who take journalism and media-related courses rate social-situated learning, intrinsic motivation, and skill enhancement higher than students who do not; and minority students particularly benefit from journalistic learning strategies. Administrators generally acknowledge the merits of media-related courses. However, they often lack the funds and professional development resources to implement significant change.

With these factors in mind, our team of researchers at the University of Oregon’s School of Journalism and Communication and College of Education formed the donor-funded Journalistic Learning Initiative (JLI) in partnership with Esther Wojcicki, a renowned educator, and Tara Lynda Guber, founder of YogaEd. Wojcicki leads the award-winning media arts program at Palo Alto High School in Northern California. Guber has originated numerous education initiatives including The Accelerated School, an internationally recognized charter public school in South Central Los Angeles and TIME magazine Elementary School of the Year.

Its methods are project-based. In teams of four, student groups begin by selecting a topic or theme that aligns with their team members’ shared interests. At Oaklea Middle School in the rural community of Junction City, Oregon, a class of 6th graders chose robotics, sports, video game design, and dance as their initial topics for a 10-week trimester of exploration. They were guided in conducting research, identifying an expert, developing questions, and leading a “virtual press conference” (a video chat session) with their chosen guests. Armed with their pencils, reporter’s notebooks, and homegrown press passes, students facilitated the interviews. Referencing their notes, they later wrote articles published to a dedicated website.

Our findings indicate that tapping students’ intrinsic interests is key to engaging them in reading and writing. While some students may be written off as reluctant learners, we’ve found that these young people respond to assignments they view as relevant to their day-to-day experiences. Children enamored of NBA superstar Stephen Curry or tennis champion Serena Williams are more likely to jump at a chance to write about their respective heroes. Such assignments can provide students with pathways and practice; pathways to engaging in more traditional subject matter, and practice at the discipline entailed in writing and revising work.

Another significant factor is that journalistic assignments reach an authentic audience through publication. When students realize that their work will be viewed by peers, their families and community members, they invest more of themselves. We find this collaborative project-based approach to teaching to be profoundly transformative for students. However, until recently the challenge was implementation.

Our specific conundrum was how to best tackle funding and teacher support. What emerged from our pilot programs was a new reverse mentorship strategy. The concept has ties to business environment interventions implemented by Jack Welch when he ran General Electric in 1999. Realizing that his managers were ill-prepared for the disruptive arrival of the Internet, Welch recruited freshly minted college graduates to come in and train them.

It is an approach that seems antithetical to our notion of traditional education. By design, older “sages” impart wisdom to young people. Reverse mentorships flip this script.  We find that talented and well-trained millennials can be highly effective at providing what we call real-time professional development for classroom teachers.

Significant results are achieved by a prescribed process. JLI identifies and recruits stellar journalism and media school graduates who undergo training and certification before being designated as JLI Educators. We seek recent college graduates looking to experience a gap year where they can make a difference by collaborating in a classroom alongside a middle or high school English or social studies teacher. It brings young people with fresh ideas, technology skills, and media experience into classrooms where they are gravely needed.

JLI’s Educator program is funded through a growing alliance of community, philanthropic, and corporate partnerships. Depending on the locale, it costs between $10,000 and $20,000 dollars to place a JLI Educator alongside several teachers in a host school, typically serving 120 or more students.

While JLI’s programs take a nonpartisan approach to teaching information gathering, no apologies are made about stressing the importance of furthering First Amendment rights. To emerge as responsible citizens, it is crucial that young people learn to assess the credibility of information they consume, and that they emerge as competent content creators.

JLI pilots in several Oregon schools have proven the program’s readiness for significant growth. The first trimester (September-November 2016) of JLI’s pilot programs were independently assessed by the Education Policy Improvement Center, the same organization that assesses the College Board’s Advanced Placement programs and the International Baccalaureate programs. According to student responses, both middle school students (86.79 percent) and high school students (91.30 percent) overwhelmingly agreed that the usefulness and relevance of the topics and skills learned in JLI continued to be valuable to them.

We are currently recruiting a cohort of recent journalism and media school graduates to participate in our August JLI Educator Institute. Accepted participants receive a stipend, and are trained and certified for paid placement at JLI partner schools. This coming September, JLI will expand further in Oregon and in Los Angeles schools.

Ed Madison’s multifaceted career in media and journalism began as a high school intern at the Washington Post-owned CBS television affiliate in Washington, D.C. during the height of Watergate.  He is an assistant professor at the University of Oregon School of Journalism and Communication, and is the author of Newsworthy: Cultivating Critical Thinkers, Readers, and Writers in Language Arts Classrooms from Teachers College Press – Columbia University (2015).