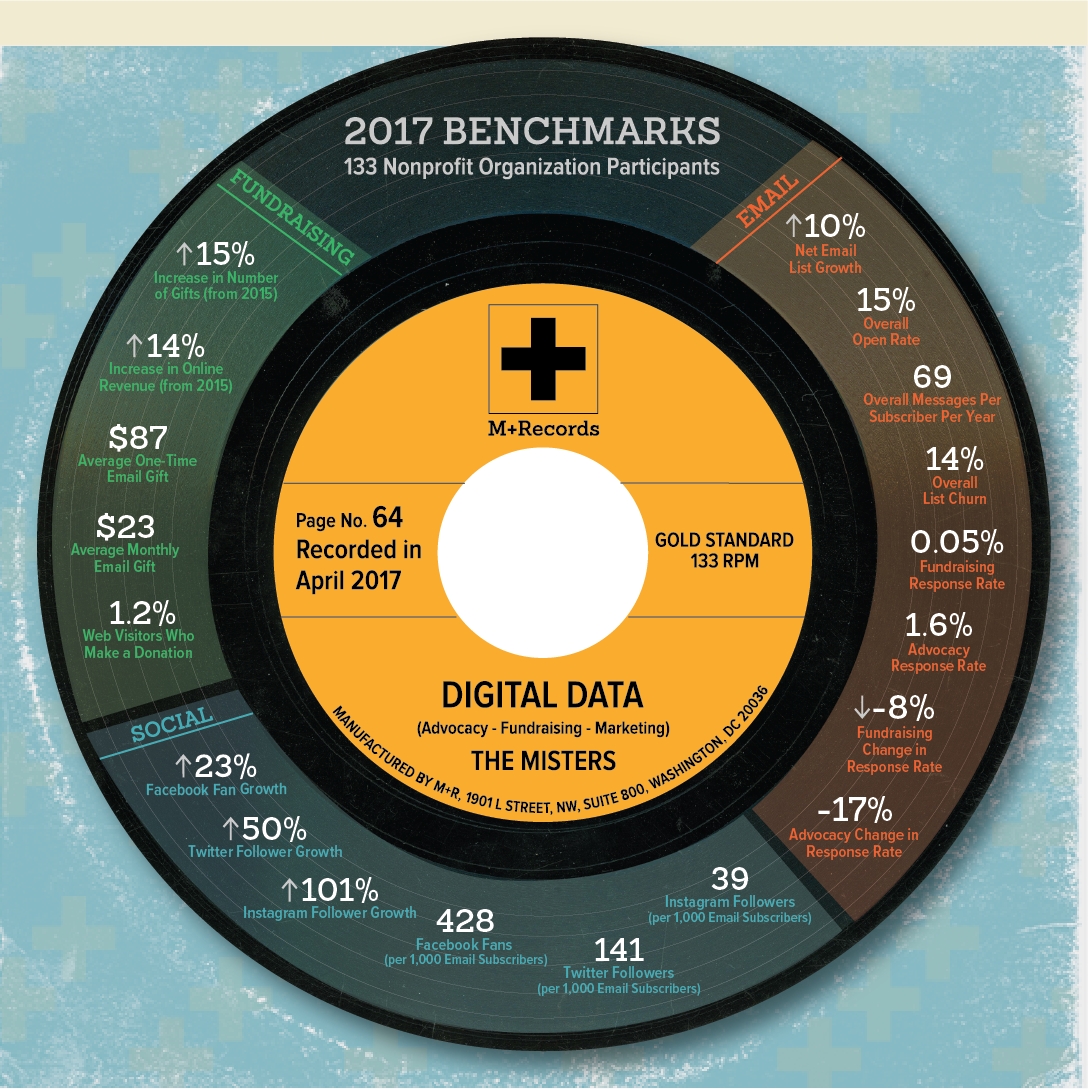 What digital benchmarks can public media and non-profit news organizations use to measure their fundraising success? News and media isn’t included as a separate category in most research on the non-profit sector, so it’s interesting to see the new 2017 Benchmarks report from marketing company M+R.

This is the tenth year M+R has published a non-profit benchmarks report, but it’s the first time they’ve broken out public media as its own sector.

“We have wanted to include public media participants for a while because they are a sector that we’re not tracking,” says lead writer Will Valverde.

What can we learn from the digital metrics of those four public media stations and how they compare to the non-profit sector as a whole?

Monthly giving as a percentage of total online revenue

“They have a head start on where we are seeing the industry go,” Valverde says. Monthly giving is growing faster across the board than one-time giving, according to the report. And of course it fits with consumer trends in media and entertainment, whether you look at Netflix, Spotify, or digital newspaper subscriptions. You might even say this is where public media and Juicero, the juicing technology company and recent subject of internet memes, have something in common.

Comparing email metrics also shows an interesting difference between public media and other kinds of non-profits. For the sector as a whole, email open rates fell in 2016 by more than 7 percent. Open rates on advocacy emails were hit especially hard: down 13 percent from a year earlier. That all coincides with an increasing volume of email from non-profits: “On average, non-profits sent 24 fundraising email messages per subscriber in 2016, along with 20 advocacy messages and 11 newsletters,” according to the report. That’s 10 percent higher than 2015.

Public media emails have the highest median open rate, at 19 percent, and the second-lowest median unsubscribe rate, at 0.12 percent. Public media newsletters are opened at an even better 22 percent clip. Other kinds of non-profits perform far worse with their email messaging. That suggests that public media emails are significantly higher quality than emails sent by other kinds of non-profit organizations, at least among the small sample size in this year’s report.

It looks like there is a financial benefit to having better emails, too. The open rates on fundraising emails from public media are also the highest in the report. The report shows that public media draws 10 percent of its total online revenue from email.

Public media doesn’t excel on every digital metric, however.

It starts to look a lot worse when you compare how well website visitors are moved up the ladder engagement to be subscribers and eventually donors. First the good news. Website traffic in 2016 for public media was up 16 percent. That’s almost certainly the result of 2016 election coverage that juiced traffic for every kind of online news site. For all non-profits, traffic growth in 2016 was a more sober 3.6 percent.

Where public media falls short is turning that traffic into something more.

The website donation conversion rate for public media is 0.29 percent and the revenue per website visitor is $0.16. Here’s how those numbers compare to all non-profits:

One final metric does stand out. “The other really interesting thing we found for public media, their Facebook reach as a percentage of their Facebook audience size was really high,” Valverde says. For non-profits overall, for every 1,000 Facebook fans a typical post will reach 225 people. Public media does much better:

For next year, M+R wants to increase their sample of public media and non-profit newsrooms. Here’s what they write:

“Public Media non-profits reading this: you can help. Join next year’s Benchmarks Study (email us at [email protected]) to embiggen our sample size! The more Public Media participation pledges we get now, the sooner we can stop this recruitment drive. Thank you!”