The Week in Immigration Coverage: Building The Wall, the Profiteers and Policy Departures 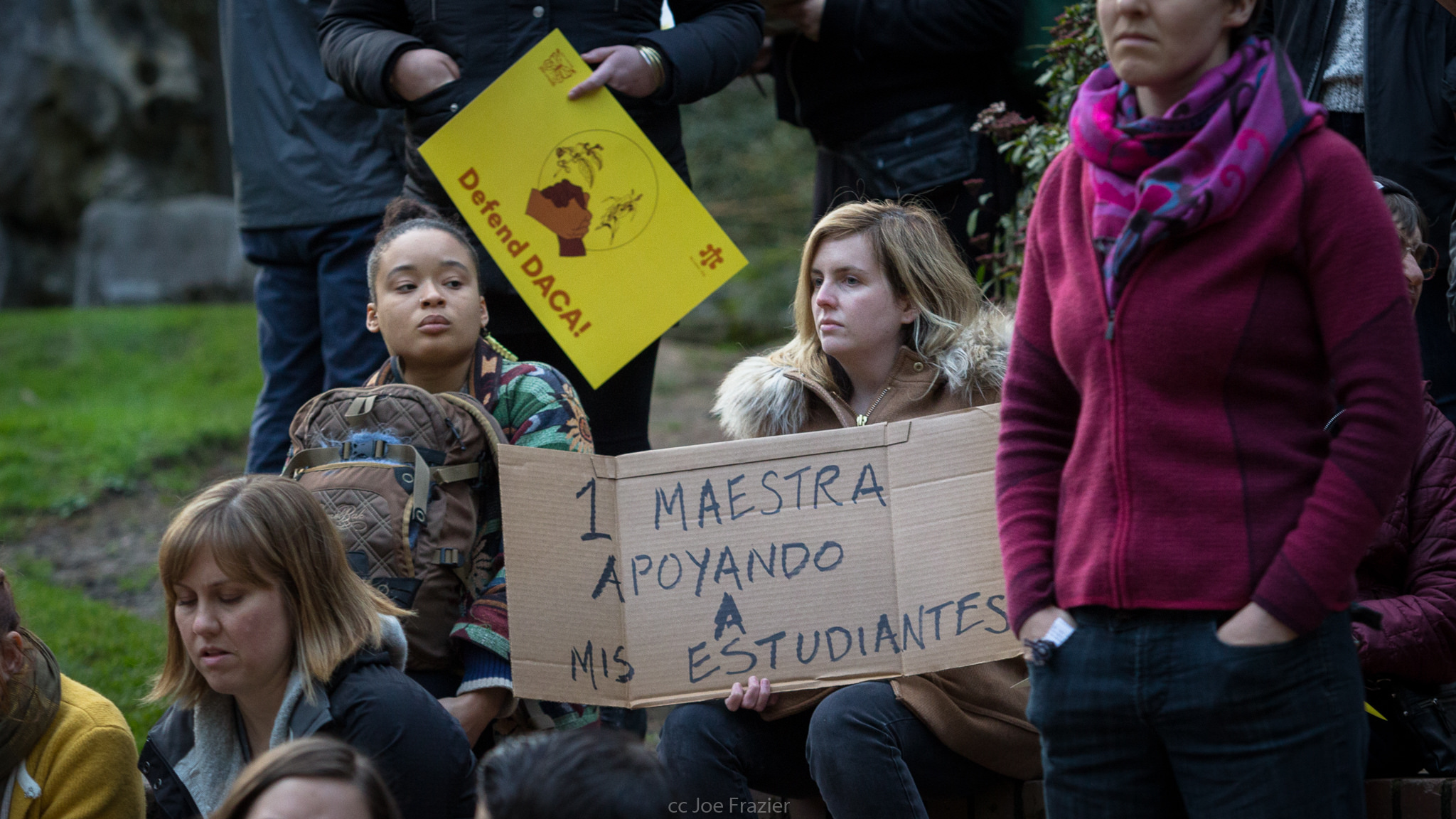 The following is part of a pop-up newsletter called “Migratory Notes” written by Daniela Gerson and Elizabeth Aguilera, who at a time of rapidly shifting policies, synthesize exceptional immigration journalism and highlight emerging practices to connect with multiethnic communities. It’s republished here with permission. You can follow along on Medium or subscribe here.

This week, as DHS started accepting bids to design the wall, Los Angeles Times columnist Steve Lopez reconnected with a 76-year-old man and Trump supporter who spent decades repairing holes in the U.S.-Mexico border wall. He told Lopez that expanding the wall was a bad decision: “They’re going to come across and it doesn’t make any difference. If you can see blue sky, they’ll go up and over the top, or they’ll crawl underneath.”

Carolina Miranda, also of the LA Times, takes a look at the more than 600 firms that have expressed interest in designing and building prototype walls between the United States and Mexico.

The Washington Post exposes a man who has built an empire bailing undocumented immigrants out of detention. The former felon, who is also an ordained minister, is making millions of dollars off of detained undocumented immigrants and stands to gain even more if enforcement ramps up under the Trump Administration. Lawsuits are pending against his company, Libre Nexus.

Afghans who had worked with the U.S. government were told they could no longer apply for Special Immigrant Visas on Thursday, reports the New York Times. “Allowing this program to lapse sends the message to our allies in Afghanistan that the United States has abandoned them,” Senator Jeanne Shaheen, a Democrat of New Hampshire, said in a statement.

This came the week after an Afghan family, including an 8-month-old baby, that had received the Special Immigrant Visa was stopped at LAX, and held for more than two days. A court order stopped the transfer of the wife and children to a detention center in Texas. “It is extremely unusual if not entirely unique for someone with this type of visa to be detained upon arrival. The visas require extreme vetting to get,” Talia Inlender, a lawyer with the legal aid group Public Counsel who is part of the family’s defense team, told Reuters. (Disclosure: Talia is the wife of the co-author of this report, Daniela Gerson.).

In order to get the 5,000 new agents that President Trump ordered, AP reports that many veterans and law enforcement officers could be exempt from a hiring requirement to take a lie-detector test. This is the same department where about two-thirds of job applicants fail the polygraph, according to an AP report in January, “more than double the average rate of law enforcement agencies that provided data under open-records requests. Those failures are a major reason why the Border Patrol recently fell below 20,000 agents for the first time since 2009.”

When the White House issued the new travel ban on Monday, many headlines focused on how it was a toned down version of the January ban. Eric Umansky at ProPublica posted a Tweetstorm outlining his “big beef w/ much of the coverage of the new travel ban” calling it “morally numb” and “a normalization in action.”

The legal challenges are gaining steam, with Hawaii, Washington, Oregon and New York all arguing that the latest executive action unfairly bans Muslims.

Meanwhile refugees are vying for the sliver of spaces remaining to enter the U.S., as, the New York Times reports. Trump’s order will effectively leave tens of thousands of families in limbo.

In Buffalo, New York, a union is devoting money and resources to tracking down undocumented immigrants and reporting them to authorities. Bill Bing, a local carpenter union official, told the Buffalo News that other trade unions tip off authorities, “but they are not as proactive as we are.”

Univision is aggregating dozens of questions from readers such as “what should I do if I’m detained in the streets” and “do I have any rights as an undocumented immigrant?” and providing answers via an interactive tool.

PRI’s The World found that 92% of Americans actually live in sanctuary areas and has built a mapping tool that will track them. Some school districts are also joining the sanctuary movement. BuzzFeed reports that Sacramento Unified School District and the Anaheim High School board are pledging support as sanctuary districts. ICE has historically deemed schools out of bounds for its agents like churches and hospitals. But The New York Times reports that teachers are preparing for immigration agents as the anxiety rises among their students and parents.
Immigration is an international issue

La Silla Rota reports that almost a million Americans are living illegally south of the border, a favorite retirement spot for U.S. snowbirds. Latino Rebels broke down the Mexican media reports about unauthorized Americans living in Mexico and found that the overall number may be lower. But it suggests there’s “still enough data to conclude that a very significant number of Americans living in Mexico are not there legally.”

Not journalists, but doing journalism

The Minnesota Digital Library relaunched its “Immigrant Stories” website. The program works with organizations across the state to gather and digitize oral histories.
Follow-up stories on hate crimes, Dreamers and deportations

The Washington Post reports that the murder of an Indian immigrant in Kansas is part of a spike of violence directed at South Asians in the U.S. WNYC explores how America’s wealthiest ethnic group is now concerned whether they are accepted in the U.S.

Dreamers who have been taken into custody have seen movement in their cases. In Seattle, Daniel Ramirez Medina has filed suit against ICE saying it violated his constitutional rights, although federal officials in Seattle deny erasing or changing Medina’s statement. In Mississippi, Daniela Vargas was released Friday under prosecutorial discretion. (A third Dreamer taken into custody earlier in San Antonio, Josue Romero was released after two days in custody last month.)

Watch this: The Intercept created a gripping video about  how the 13-year-old girl who captured her father’s immigration detention on video is coping without him.

We’re both based in LA, so help us out by letting us know what’s going on elsewhere. We realize this is in no way a complete list. If there’s a story you think we should consider, please send us an email, or you can add one on this form.

Daniela Gerson is an assistant professor at California State University, Northridge with a focus on community, ethnic, and participatory media. She is also a senior fellow at the Democracy Fund. Before that she was a community engagement editor at the LA Times; founding editor of a trilingual hyperlocal publication, Alhambra Source; staff immigration reporter for the New York Sun; and a contributor to outlets including WNYC: New York Public Radio, The World, Der Spiegel, Financial Times, CNN, and The New York Times. You can find her on Twitter @dhgerson