The Week in Immigration Coverage: Visualizing Migration and Providing Context 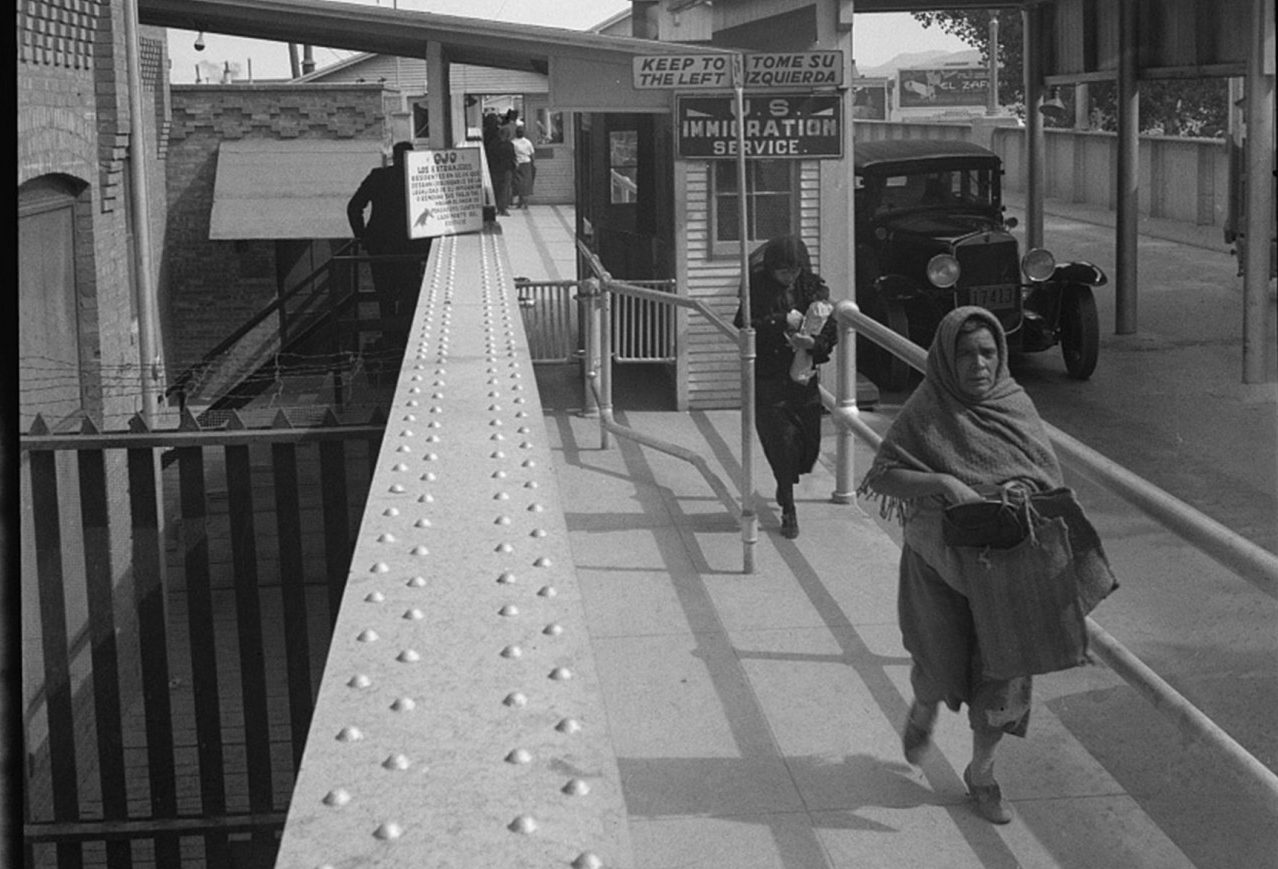 This photo of the border in El Paso in June 1937 by Dorothea Lange and archived by the Library of Congress was one image The Washington Post published last week to showcase the history of the border.

The following is part of a pop-up newsletter looking at immigration coverage called “Migratory Notes” written by Daniela Gerson and Elizabeth Aguilera. It’s republished here with permission. You can follow along on Medium or subscribe here.

This American Life transported listeners to a refugee camp in Kenya where a meeting was taking place explaining to Somali refugees who were on the brink of moving to the United States – many of whom had waited decades, sold all their belongings and gone into debt – that they may now be denied entry. The Washington Post’s Kevin Sieff captures the voice of the local aid worker explaining “this is a bitter pill and we can’t do anything about it.” It conveys in a few words the magnitude of the travel ban’s human drama.

The Marshall Project’s Christie Thompson tells the story of a man who was exonerated after being wrongfully imprisoned for 27 years for rape and is now facing deportation to Haiti, where he has not been since he was 17. She reminds readers that this was his fate under former President Obama, and now President Trump is implementing more severe regulations.

As an apparent shift in enforcement policy took hold on Wednesday and Thursday, Fernanda Santos of the New York Times was on the scene with a woman facing deportation after she showed up to meet with immigration officials, providing video updates throughout as protests broke out. When the woman was deported the next day, Santos went with the children to Nogales, Mexico to visit their mother and did a powerful Facebook live interview in Spanish and English.

How Are These Decisions Made?

For Rewire, Tina Vasquez investigates how an official representing a U.S. Border Patrol Union, which backed Trump’s campaign, is claiming credit for the travel ban.

As the temporary stay on the ban became national news, the appeals court hearing was livestreamed, with many outlets featuring the audio along with a live blog of running commentary. Favorite comment: “Who knew that legal arguments about immigration authorities could be so riveting?“ @EricLichtblau

The New York Times faced criticism for Patricia Leigh Brown’s profile of efforts to protect California undocumented college students which revealed their dorm room numbers. NYT Public Editor Liz Spayd weighed in on the controversy, writing that journalists would not typically include a source’s home address in a story. The reporter said she now regrets the decision but newsroom editors stand by the decision claiming that the university building is secure. Fusion’s Jorge Rivas outlined the controversy, writing that some of the students have changed rooms for safety reasons.

The New York Times tried to transport readers to the border and show what it’s like before the wall. As part of their daily 360 degree VR reporting you can actually feel like you’re there with the kids on their swings that sway where a wall may soon stand. The Washington Post looks at the history of the border, showcasing images Dororthea Lange captured of the area in the 1930s.

Immigration is an International Issue

In India, #H1B has been trending on Twitter as tech workers are concerned that their opportunities to work in the United States will be denied (BBC Asia). In Mexico, policy initiatives are moving forward to provide deported undocumented students an opportunity to continue their education (Animal Politico). And in Canada, asylum seekers are arriving on foot through the snow from the U.S. (Guardian).

That’s it for Migratory Notes #2. Let us know what you think. We’re both based in LA, so help us out by letting us know what’s going on elsewhere. And what would you like to see here? We know we are missing lots of great stories. Even as we write this so many are being published. Let us know, and we’ll share them back here!

We sent out our first Migratory Notes last week, and were thrilled to receive enthusiastic responses from across the country and as far away as Russia and Chile. It was apparent that while we created this for journalists, not only journalists are interested. Please help us out in our efforts to try and highlight exceptional coverage and emerging reporting techniques to connect with multiethnic communities. We realize this is in no way a complete list. Got a great one to add, please let us know – send us an email, or you can add one on this form.

Daniela Gerson is an assistant professor at California State University, Northridge with a focus on community, ethnic, and participatory media. She is also a senior fellow at the Democracy Fund. Before that she was a community engagement editor at the LA Times; founding editor of a trilingual hyperlocal publication, Alhambra Source; staff immigration reporter for the New York Sun; and contributor to outlets including WNYC: New York Public Radio, The World, Der Spiegel, Financial Times and others. She wrote most recently for CNN on grandchildren of survivors, and what Kushner could teach Trump about the Holocaust. You can find her on Twitter @dhgerson