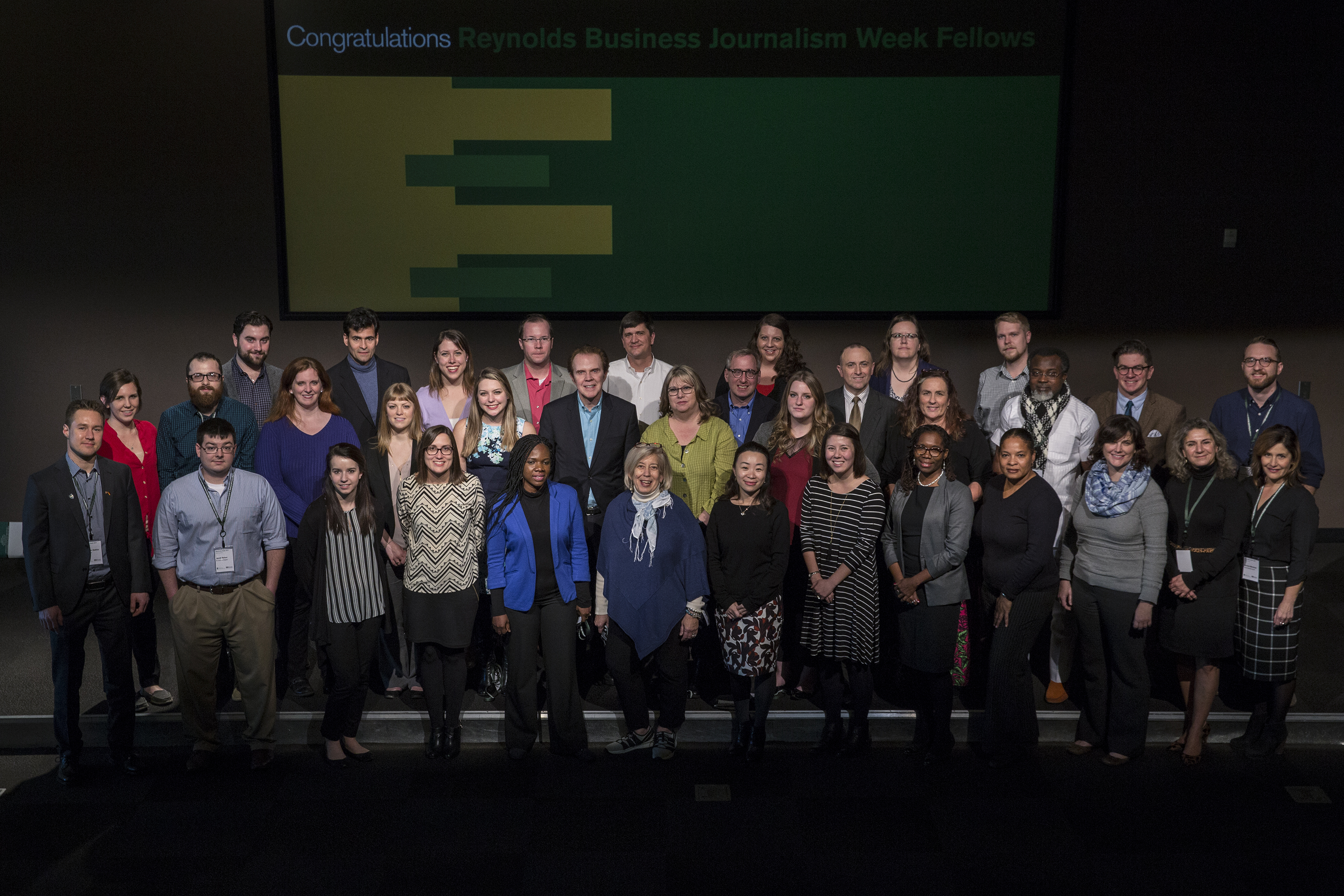 Put on by the Donald W. Reynolds National Center for Business Journalism, the two-and-a-half-day business bootcamp is supposed to bolster attendees’ ability to cover money.

Reynolds Week instructor Leslie Wayne said business reporting matters, regardless of your beat. “So many stories, whether it is sports, fashion, government or politics, have a financial angle,” Wayne said. “Being comfortable with numbers will open doors in the newsroom, allow you to ask better questions and get better assignments.”

As one of the Reynolds Fellows, I walked away with these valuable insights, tips and resources from each session.

Amar Mann, supervisory economist and branch chief of the Bureau of Labor Statistics (BLS), told journalists how to use BLS statistics for their business stories. Mann said BLS data can be used to help gauge national and local economic trends, such as the temp industry, which he called a “great indicator of where the economy and the job market are heading.”

Another indicator business journalists should pay attention to, according the Mann, is employment in food services and drinking places. High numbers means people have money for eating out. “That’s always a good sign,” he said.

Seven of the 10 fastest-growing occupations are related to health care, according to Mann. Image courtesy of BLS.

“With covering Trump, you never know if you’ll get tomatoes or roses thrown at you.”

Financial journalist Leslie Wayne, who has produced more 1,500 bylines for the New York Times over the last 20 years, said it’s important to point out that unlike former President Barrack Obama in 2008, President Donald Trump inherits a solid economy. The former Reynolds visiting professor urged journalists to pay close attention to the following issues:

An outline of some of Trump’s business endeavors. Image courtesy of Leslie Wayne.

When following the money, chief of client relations at Bloomberg News Tom Contiliano said, cash flow statements are the place to start.

“Companies that lose cash don’t exist for long,” the 18-year Bloomberg veteran said. “Cash is easy to verify and understand and is the basis of credit analysis, bond ratings and a host of key financial decisions.”

“The Financial Future of Millennials — more than college debt”

“Millennials are more than selfie-taking, Amazon-ordering hedonists — they are a diverse group ranging from the digital natives born in the mid-1990s with a mouse in their hands to those coming of age alongside digital technology, born in the early 1980s.”

In her presentation, long-time Forbes contributor J. Maureen Henderson shared advice on how to cover millennials and money.

Why cover millennials and money?

Millennials have an average debt of $30,000, and 67 percent have less than $1,000 in their savings account. Photo courtesy of J. Maureen Henderson.

What to do when covering millennials

“When you do good stories, your readers will trust you more and are more willing to share information.”

Harriet Ryan, investigative reporter with the L.A. Times, shared tips on how to cover the deadly spread of prescription drugs. In 2012, Ryan wrote about Purdue Pharma, the manufacturer of best-selling opioid OxyContin in an investigative series called “Dying for Relief.”

How to Cover Silicon Valley and Technology

One of the key points author, journalist and professor Alan Deutschman made in his presentation, titled “How to be a sane journalist in an insane world,” was that it’s hard for tech journalists reporting on Silicon Valley startups to stay skeptical and critical.

“They make so much money and do everything to look like paragons,” the author of “The Second Coming of Steve Jobs” said. Deutschman also pointed out that it’s becoming increasingly tough for “hard-minded journalists” to get access to executives.

Private companies not having to disclose information about their business and their risks is also problematic because it makes it “harder for journalists to understand a company,” Deutschman explained. One example is “private liquidity programs,” a new way to reward early investors and employees without going public.

“The basics of investigative journalism are pretty old-fashioned, but reporting is now enhanced by a treasure trove of online databases, news alerts and tougher transparency laws.”

“The Challenges of Community Business Reporting”

Government and political reporter Amy Wu of the Californian shared tips on how to excel as a local business reporter. Wu contributed to the investigation into Proposition 47.

“The Business Angle for Political Reporting”

Evan Wyloge, a senior reporter with the Arizona Center for Investigative Reporting, provided a host of resources that can help reporters with graphic reporting using census data.