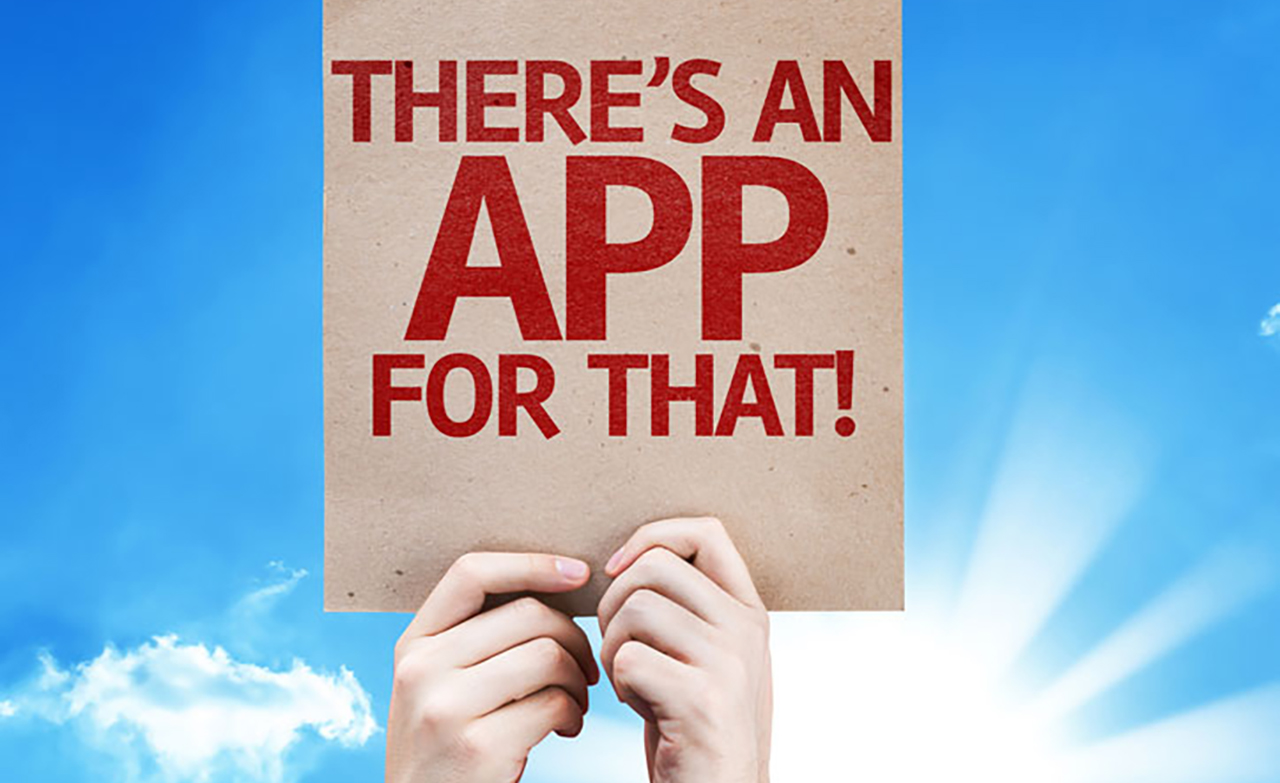 The ad was launched in 2009 to promote the iPhone. It was simple and catchy: “If you want to check snow conditions on the mountain, there’s an app for that.”

“If you want to check how many calories are in your lunch, there’s an app for that.”

“And if you want to check exactly where you parked the car, there’s even an app for that, too.”

“Yup, there’s an app for just about everything.”

Seven years later, there in fact is an app for just about everything. The challenge is finding what apps are right for you and your students.

Journalism educators strive every semester to teach students the knowledge and skills they need to be marketable in the ever-changing media landscape. Mobile devices help do that. But finding which applications — mobile and laptop/desktop — will be useful today and tomorrow is a continuing and sometimes Sisyphean task.

AEJMC in Minneapolis this year featured apps on numerous panels. I was grateful for the chance to be on a terrific one to present “10 Tech Tools in 10 Minutes.” Our goal: to provide the audience a brief introduction to tools they might never have before considered and show how they could be used to aid students’ journalistic performance or understanding.

It worked; I received more than a dozen emails after the panel from people who sought advice on how to use suggested apps.

For those who could not join us at AEJMC, here is a crash course on apps featured by our panel and others. Some are new. Some have been around, but you might not have discovered them.

All can help you teach your students to be more nimble and professional in this ever-changing media landscape.

Brian Steffen of Simpson College kicked off our session with a plethora of productivity apps that mirrored Adobe Creative Suite. His goal: To provide opportunity for creation and editing, at a fraction of the cost.

“My school is unable to afford the … cost of subscribing to ACS on an ongoing basis. Further, many of our students are quite conversant in the ACS elements, while others have no knowledge of it all,” Steffen wrote in an email. “Rather than spend money on ACS, we chose to explore the net for free or inexpensive alternatives that would give low-knowledge students the ability to explore the basics of desktop publishing, photo editing, etc., and then empower them to decide on their own whether to invest in ACS.”

Among the recommended replacements:

For In Design: Scribus, free and open source software that has the same functionality but not the finesse.

Michael Horning of Virginia Tech said the past year has seen the gaming and mobile phone industry integrating augmented and virtual reality. To that end, Horning brought to the table Arasma and Layar, which both use the camera from a mobile device to overlay media on top of real images to create animations, videos, and web pages.

“The release of Oculus Rift, Samsung VR headsets and the work HTC Vive and Microsoft HoloLens are all doing in this AR/VR domain all suggested to me that this was something our students might want to begin to explore,” Horning wrote in an email. “I’ve also been watching newsrooms like the BBC, RYOT News and New York Times experiment with technologies like Google Cardboard and 360 video.

“While these are somewhat different from augmented reality, they suggest that various forms of virtual storytelling may be part of how we produce news in the future. I chose apps that gave students an easy entry point for thinking about how these types of technologies could be used in storytelling.”

My offerings on the panel were designed to get students publishing. I truly believe accountability spurs a commitment to quality, and publishing brings accountability. It helps students see that their work has an impact, and it teaches them to write not for their professor, but rather for the world at large.

iBooks Author is a drag-and-drop OS application, which allows writers to design words, images, videos and media widgets together in a multi-touch book format. Students can make their own publications or collaborate, and publish in the iTunes Store for the world to read. Books can be viewed on iOS, OS and Windows.

Our magazine writing class had long been successful creating strong features, but only a lucky few got published in a magazine. All that changed when we brought iBooks Author into the mix, which allowed us to turn every student into a published author, as well as a designer, copy editor, headline writer, photographer and videographer.

Available on iOS , Chromebook, Android and Windows, Explain Everything is an interactive whiteboard iPad tool that lets users animate, record, annotate and collaborate. We use it to create interactive maps with voiceover and tutorial video we can then embed in our news articles for easy interactive elements.

I have now brought iBooks Author into my Writing for Media class, so they can create their own class newspaper, embedding Explain Everything videos and tutorials into their stories. They have the confidence that comes with being published, and a tangible product to show future employers.

This app has been around for five years, but it gained a lot of attention at this year’s AEJMC for its ability to shoot and distribute professional-looking videos in seconds. With Videolicious, students can bring in interviews, B-roll, audio and stills — all shot with their mobile devices, and quickly file videos.

It also offers title sand lower-thirds, making it one of the most comprehensive of the video production apps.

Toni Albertson of Mt. San Antonio College offered Stellar as another way to produce multimedia stories. The app lets students create stories by combining photos, videos and text directly from an IOS device in a flipbook style. It offers easy-to-use templates and drag-and-drop technology, which can be shared on social media once completed.

Albertson said she picked Stellar because it is an easy and fast way to present mini features with photos.

“Using easy apps like Stellar allows [students] to put together text and photos in a story format,” she explained.

This app, suggested by Pam Parry of Eastern Kentucky University, was a hit of our panel, as it creates searchable files based on its own transcription software. You can upload pre-recorded files or record directly in the app. Once you record, the file is transcribed. The audio and text are then available in the app and online. VoiceBase will also transcribe uploaded video.

The program also offers human transcription and analytics, for a fee.

Talkshow can also help students build their brand. Billed as public texting, the app allows you to invite friends, and then text a conversation that is broadcast on its site. Think of it as a podcast in words or a “talk show” where no words are spoken.

“Talkshow allows students to present a talk show with little prep and share the talk show live with their audience,” Albertson said. “For my beginning students who come in with little or no journalism experience, it’s a good way to get them used to having conversations with other people.”

There you have it — 10 apps that can get your journalism class digitally engaged with the world around them. Now the big question: If you had 10 minutes to share 10 apps, what would be your recommendations?

Nicole Kraft spent 20 years as a journalist before becoming an assistant professor (clinical) of journalism at The Ohio State University. Her focus is on news writing and reporting, feature writing, social media, digital media creation, and media law and ethics. She was named a 2015 Apple Distinguished Educator. Nicole’s most recent paper is Making Mojos: How iPads Are Enhancing Mobile Journalism Education, published in Journalism and Mass Communication Educator.