Journalists as Strategists: How to Think About Business Now that the Wall Has Come Down 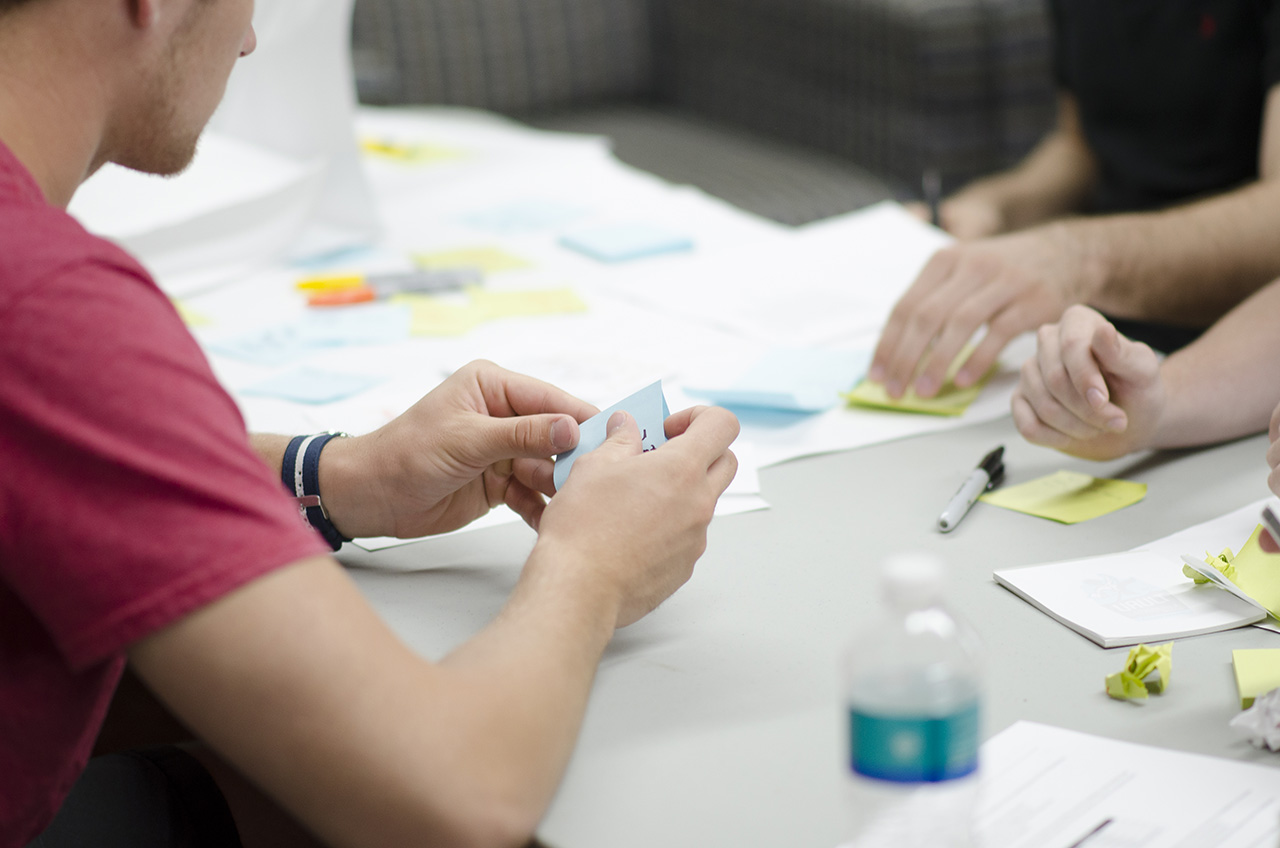 The “wall” that once existed between the business and editorial sides of the news industry has come down – opening up new opportunities for journalists to become strategists.

That was the subject of the latest event in the “Conversations” series, hosted by the New York Daily News’ Innovation Lab. NYU Journalism Professor Jay Rosen moderated the discussion, titled The Evolving Newsroom: Journalists as Strategists, at the Microsoft Technology Center in New York City, and was joined by Kate Ward, editor-in-chief of Bustle; Jim Rich, editor-in-chief of the New York Daily News; and Priya Ganapati, product director for Quartz.

“Once upon a time the media business was so simple and the best companies so profitable that the editorial people, the journalists, didn’t have to worry about or even know much about the business side of the company,” Rosen said.

Rosen said the “wall” between business and editorial, which was thought to keep the news “pure,” has come down. He posed a question to begin the discussion: “How do editorial strategy and commercial ambition come together and what connects these two?”

Rich said The Daily News’ business model isn’t a lot different from what it’s always been – attracting an audience — although the platforms may be different.

Whereas the newspapers of yesteryear evaluated their success with circulation numbers, websites today just use a different metric: pageviews, he said.

“Everything about the business was driven toward that number. If that number started to go down, there was a lot more pressure in the newsroom,” Rich said.

When that pressure came, journalists would’ve used strategies such as writing better ledes and gathering more news and more exclusive news. “Tabloids were clickbait before clickbait existed,” he said.

Ganapati explained that the business model of Quartz, a digital business news website launched by Atlantic Media in 2012, is advertising-based, but its ads are made custom entirely in-house.

She said Quartz has taken steps to allow the editorial and business sides of the publication to work in harmony – including by creating Ganapati’s position, director of platform products, just two years ago. Her job is to understand the mechanics of the publication, know what content exists and how to best monetize it and how to communicate that to editors.

For Bustle, Ward said the mission of both the editorial and sales teams is to create authentic content for millennial women. The teams can collaborate, she said, and branded content allows companies a more direct way to reach its target audiences.

Ward said she believes journalism is better for having to adapt to changing business models because it challenges journalists to be more creative:

“At least at Bustle, what a lot of clients want is premium product,” she said. “They want something that’s really cool, something they’ve never seen before. And that gives us a unique opportunity to present our content in a way that we had never thought we could present content.”

Ganapati said that her current role as Quartz’s product director does not invalidate her years of experience working as a reporter and editor, and she can still make editorial decisions for the publication. At Quartz, product exists within editorial.

New ideas can originate from either the hybrid editorial-product team or the sales team – then the two departments collaborate.

Ganapati said to do her job successfully, she needs to know everything about the business side of Quartz, as well as the newsroom.

Rich said there is collaboration happening at the Daily news too. “Part of the evolution of a legacy newsroom is that there are positions that now exist that if we had gone back in a time machine and said, ‘Where is your Head of Optimization?’ they would have looked at you like you were drunk, which you very well might have been at that time,” he joked.

Rich added that there are still some topics that are off-limits – such as City Hall stories or investigative reporting. “If advertising came to us and said, ‘Hey, this would really really sell great if you guys did this, that or the other thing – or didn’t do X, Y or Z,’ we’re probably gonna balk at that point,” he said.

An example of advertising on Quartz.

When asked about the reliance on social media platforms for news distribution, panelists said it’s important to invest in many platforms to try to maximize the most value possible.

Rich said the challenge of keeping up with technology will likely always be a factor. “Technology is going to be constantly changing and adapting and we have to be as nimble as possible in order to maximize that technology whatever it is at that point in time,” he said.