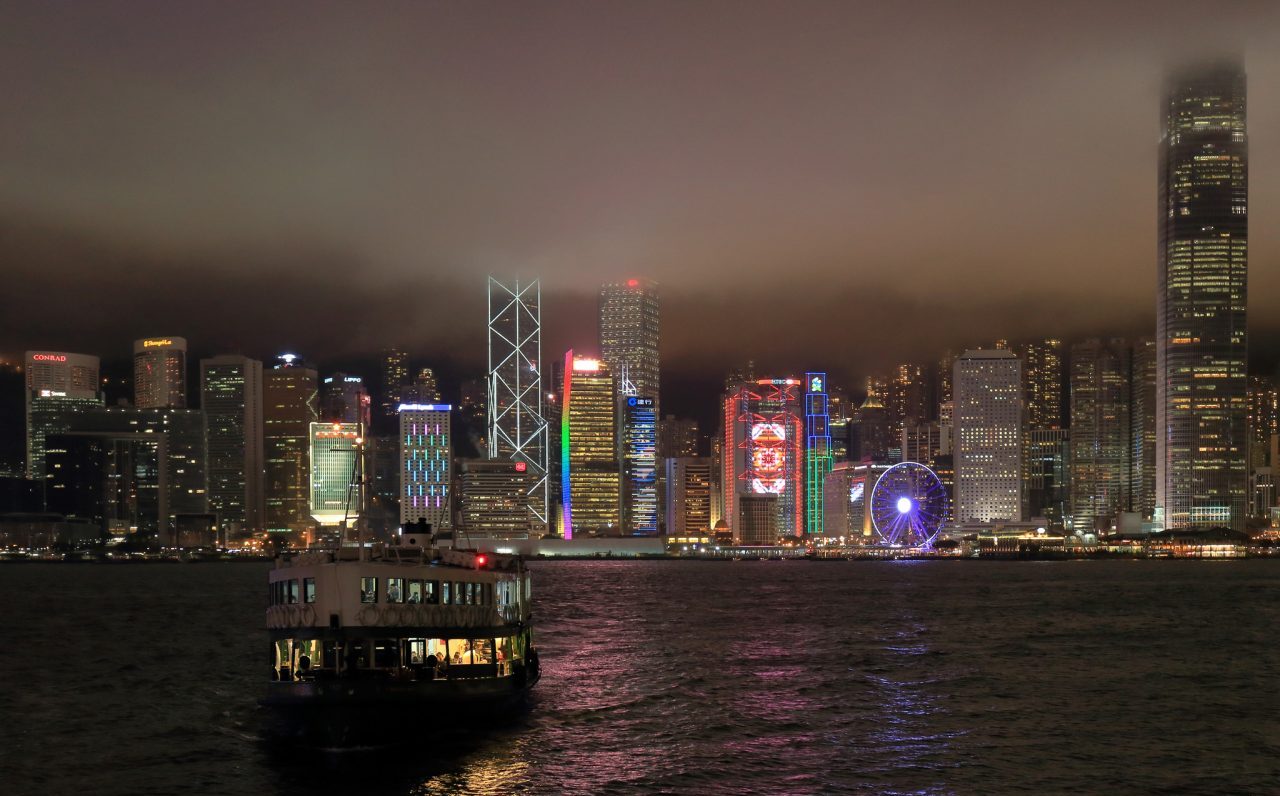 Photo of Hong Kong by Wilson Hui on Flickr and used here with Creative Commons license.

On Aug. 1, prominent Chinese human rights lawyer Wang Yu, who had been detained incommunicado for over a year, reemerged–with an unusual twist on an old script. Wang gave a TV interview in which she renounced her legal work and accused foreign forces of using her to “attack” and “smear” the Chinese government; the report claimed she’d just been released on bail. The public statement of guilt without trial is part of an established pattern in China, with more than a dozen such “confessions” delivered by human rights activists, journalists, and writers. But this time, the state-owned China Central Television (CCTV) failed to play a role. Instead, the interview was carried by a website affiliated with the Hong Kong newspaper Oriental Daily.

"The public statement of guilt without trial is part of an established pattern in China, with more than a dozen such 'confessions' delivered by human rights activists, journalists, and writers."

Last month, the Hong Kong English-language newspaper South China Morning Post published an exclusive interview with legal assistant Zhao Wei, whom the daily reported had just been released from detention. In the interview, Zhao also said she regretted her activism and accused her former employer of receiving foreign funds.

Many journalists and media experts in China and Hong Kong have questioned the authenticity of the interviews and the claims that the pair had been released; their own lawyers, family, and friends said they were unable to make contact, according to news reports. Both South China Morning Post and Oriental Daily declined to explain to international news outlets how the interviews were arranged.

Observers lamented that the Hong Kong news outlets appear to be assuming the role of Chinese government mouthpieces. The interviews are the latest sign of the relentless decline of press freedom in the special administrative territory, which traditionally has enjoyed civil liberties not permitted on the mainland. In June, the local journalists’ group Hong Kong Journalists’ Association (HKJA) published its annual report detailing the numerous incidents impinging on Hong Kong’s press freedom over the previous year, with the case of the disappearances of five booksellers being the most egregious. HKJA in a statement said the year had been an “extremely difficult” time for Hong Kong and the media.

Protests from mainland writers have come swiftly. On Aug. 5, four days after the Oriental Daily broadcast the interview with Wang Yu, mainland-based columnist Zhao Hui, known by his pen name Mo Zhixu, and journalist Zhao Sile, both announced on social media that they would no longer write for Oriental Daily.

Mo Zhixu told CPJ that Hong Kong media has become a more significant outlet for critical writers in recent years as authorities more strictly censored social media on the mainland. Once, writers shut out by the Chinese government’s stringent control over traditional outlets found that they could write directly for their readers on blogs and social media, gaining millions of followers. “In those days, people didn’t really care about writing for Hong Kong media,” Mo said. In the span of several years, however, the sense of freedom evaporated, as the Chinese government, particularly the Cyberspace Administration, stepped up censorship on digital platforms. Mo Zhixu told CPJ that the last four or five of his Weibo accounts did not last longer than a day.

Mo, a former editor for the daily China Times, wrote on Twitter, “In the past few years, Oriental Net had given me full freedom, allowing me to voice my humble opinions in this era. To my surprise, for this interview with Wang Yu, Oriental Net coordinated with the party-state and served as a tool. At the same time, Oriental Net required its columnists to keep quiet about the crackdowns on the human rights lawyers… If I continue to write this column… I could not convince myself this is a decision out of good conscience.”

Zhao Sile, a freelance journalist who won two Hong Kong Human Rights Press Awards for her reporting last year, expressed similar sentiment on her WeChat account: “I know there are good journalists at Oriental Daily… who wish to retain the feeble voices in this harsh media environment, but just like most people in this era, they are crushed again and again, so am I… With appreciation and admiration for these journalists, I announce that I will leave this platform. I don’t know what the future will be and I don’t think I can change anything… but I still want to make a moral choice.” Zhao appealed to readers of her WeChat account to donate if they like what she writes. WeChat, as well as Weibo, has a payment function.

Zhao told CPJ that relying on such donations to make a living is “unsustainable” and “unreliable.” “To depend on people to donate to you so you can be a documenter of truth is already a huge tragedy. What’s even more pathetic is that the donations are often disallowed because your accounts get removed constantly,” Zhao said.

This is not the first time that Oriental Daily–owned by the family of the late media mogul Ma Sik-chun, who died last year–has catered to Beijing. Li Yuhui, a mainland columnist who now lives in the U.S., told CPJ that on August 28, 2014, he received a mass email from Oriental Daily requesting that all mainland columnists not write about the democracy protests in Hong Kong happening at the time.

An Oriental Daily representative told CPJ that the news outlet would return a telephone call seeking comment, but by time of publication, CPJ had not heard from the newspaper.

The South China Morning Post, Hong Kong’s most prominent English-language newspaper once famed for its nuanced coverage of China, has steadily moved to adopt a pro-Beijing stance since Robert Kuok, a Malaysian tycoon with close ties to the mainland, acquired a stake in 1993. In recent years, the newspaper has been plagued by accusations of self-censorship, which only intensified after Jack Ma, mainland billionaire and owner of e-commerce giant Alibaba, bought the paper this year. Remarks by an Alibaba executive that the paper desires to offer an alternative to biased coverage of China by Western outlets; the appointments of top editors from the mainland; and lack of coverage on the Panama Papers have all stirred controversy. Many journalists have resigned amid the paper’s perceived lack of editorial independence.

The SCMP did not immediately return CPJ’s email seeking comment, and a phone call went unanswered.

Ji Dongjie, a mainlander and senior news editor for the Hong Kong news website Initium Media, told CPJ that the freedom to report is an important reason that he chose to work for a Hong Kong outlet. “You also don’t have to worry about getting in trouble with the Hong Kong government over a typo or for merely reporting on the financial market,” Ji said. Initium, launched in August 2015, is one of several internet-based news outlets founded in recent years in response to the deteriorating situation of the Hong Kong press. Ji said that although he has high hopes for new media in Hong Kong, he worries about the mainland government’s influence over the more influential outlets. “It will have to take some time for new media to be established and grow. Meanwhile, people are still going to buy into what is written on South China Morning Post or Mingpao,” he said.

Another mainlander writing for the Hong Kong media is Wu Qiang, a former political science lecturer at the prestigious Tsinghua University. The university last year informed him that it would not renew his contract after repeatedly warning him not to write for foreign media. “After I published an article on China Change [a Washington D.C. – based human rights news website], agents from the Ministry of State Security came to my office at Tsinghua with a printout of the article and ordered me to stop writing,” Wu told CPJ.

Now Wu freelances for Hong Kong-based news outlets. Wu said he has not received any directives from editors regarding what not to write, but added that further encroachment on press freedom in Hong Kong by mainland forces is “inevitable.” When he can longer write freely for Hong Kong outlets, he will seek to write for Western media, he said. “I am not too worried. At the end of the day, I can go and drive a cab.”

Yaqiu Wang has a Master of Arts in International Affairs from George Washington University. Her articles on civil society and human rights in China have appeared in Foreign Policy, The Atlantic, China Change, and elsewhere.