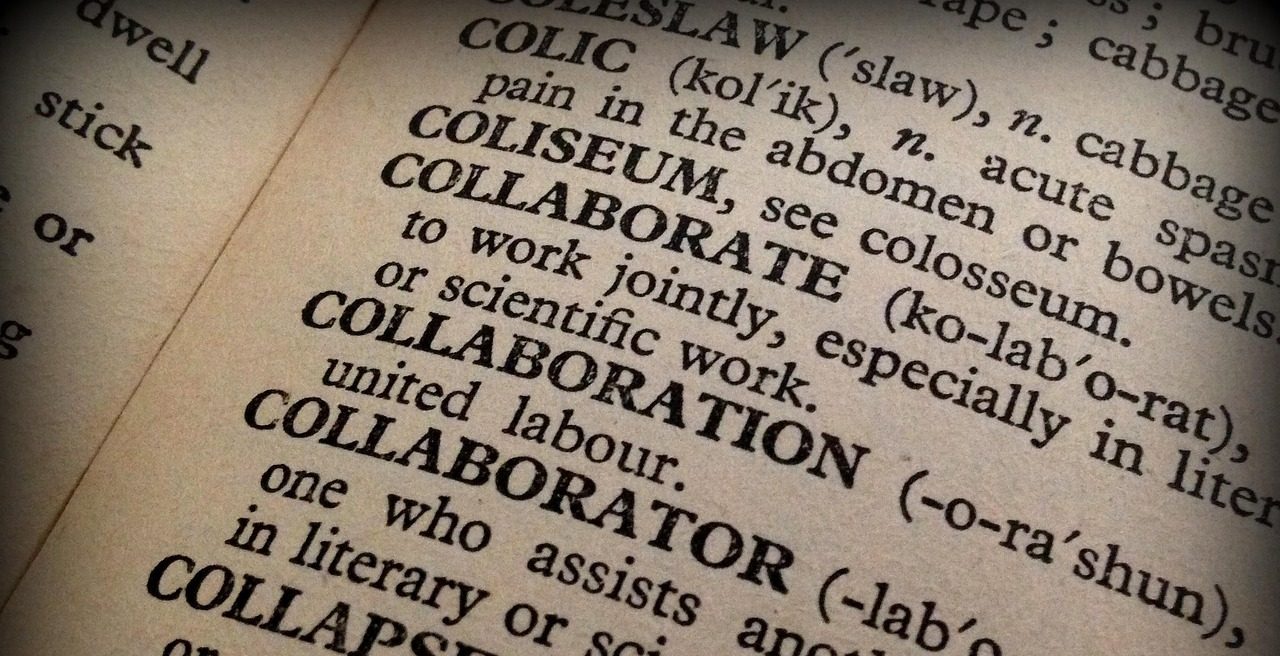 The recent boom of local and regional journalism collaboratives has been hard to miss — no matter where you live.

In the Pacific Northwest, Oregon Public Broadcasting is spearheading the Northwest News Partnership, a 53-member collaboration between public and private radio stations, TV stations, and newspapers.

In the Midwest, there’s the Ohio Valley Resource, a partnership between seven public radio stations in Ohio, Kentucky, and West Virginia, supported by a $445,000 grant from the Corporation for Public Broadcasting.

And in Indiana, New York, Michigan, and states across the South, journalism collaborations and co-ops are popping up one after the next.

“[Individual stations] don’t fill all the coverage gaps,” said Ryan Haas, content manager at Oregon Public Broadcasting. “We need to find ways to meet the needs of our readers and listeners.

Last week, I spoke with Haas and Jeff Young, managing editor of Ohio Valley Resource, about the successes and challenges they’ve experienced as directors of regional collaborations. The following Q&As have been edited for brevity and clarity.

Editor’s Note: The Northwest News Partnership launched in 2012 with a $302,000 challenge grant from the John S. and James L. Knight Foundation. The partnership is similar to a regional wire service: Partners are required to contribute text stories to the content pool, and in exchange, they’re allowed to republish partner content free of charge.

What was the inspiration for the partnership?

Oregon is a state where you have this heavily urbanized area in Portland, and then the rest of the state is heavily rural. Because OPB is a state- and region-wide media outlet, we wanted to make sure we were representing the voices of our rural audience — and urban areas as well. That was really the impetus.

What challenges have you faced getting partners on board?

The hardest part is helping partners understand why it’s a value proposition for their newsroom. It’s a little bit funny, because our partnership has always been free to partners. We don’t ask anything of them, except that they provide content to the partnership. But as newsrooms across the state shrink and have less resources, editors and publishers tend to be skeptical of adding anything new unless they see a very clear benefit. The pushback I almost always get when I talk to a new partner is, “Well, I don’t know if we have the resources to do this.” And I have to convince them what what they’re getting is worth the free price tag.

If not money, what kind of resources are editors and publishers concerned about? Staff time?

Yeah, getting someone at a partner organization to take 30 minutes or an hour to test the content-sharing system — that’s an ask for some of these people, because they’re working on their own projects and need to devote resources to those. You also have more work for copy editors. They’re busy pulling stuff for their own site and figuring out what’s going to be in the paper or the newscast. To say, “Hey, we have this service, we would like you to add content to it, and you can also look through it and pull stuff” — they may see that as valuable, or they may say, “That’s 20 minutes I could spend on my normal daily duties.”

How much content are members required to contribute to the partnership?

That part of our contract is pretty open to interpretation. The language is something like, “Partner must provide content to the partnership in order to use content.” It leaves them a lot of leeway, but we don’t really see a lot of partners abuse that. I can’t name a single partner that only uses stuff and never uploads anything. It works out pretty well.

Are there any restrictions on how content can be used?

One of the stipulations is that to publish a partner story online, you can use only four paragraphs before linking back to the originating partner’s website. That was something we implemented after the partnership started, because we ran into issues where people would use stories wholesale. That wasn’t a big deal for OPB as a public media outlet, but newspapers in particular are very concerned about their web traffic, so they got a little cagey about it. That’s when we moved to the four-paragraph model, and that helped allay those concerns.

How does the content sharing work from a technical perspective, especially with 53 different partners involved?

That was a major challenge. When we launched, we launched with the idea of using a third-party service to handle the content exchange itself. They did a great job, but about a year into it they basically priced us out, so we had a decision to make: Do we want to make this a paid service for our partners, or do we want to try to continue this as a free service and build something in-house? We decided to build something in-house, which was a technical challenge. It’s kind of like opening five puzzle boxes and dumping them on the floor and trying to sort them into their proper boxes. That initial process was a big learning experience for us.

Did you consider using the Public Media Platform?

There were discussions with PMP, but at the end of the day, they couldn’t dedicate the resources in the time frame we needed. When the third-party service pulled out, we had this hard date when we needed to have a new service started. PMP had a bunch of other things going on, and they couldn’t get to us in that time frame.

What’s the benefit for OPB of keeping the partnership going, especially now that the grant funding has run out?

The biggest benefit for OPB is that we can take our partner stories and rewrite them for our newscasts. We give them credit obviously, but it helps fill areas of coverage that we can’t cover. We don’t have a reporter in Medford, so if something important happens there, we rely on the Mail Tribune to cover it. Then we can either have one of their reporters on air, or rewrite their copy and use it for our newscast, so it’s this mutually beneficial relationship. I also think the partnership has helped increase OPB’s profile across the state. Even if many readers don’t realize it’s an OPB story in their local paper, the newspapers themselves know that the content is coming from OPB, and they start looking to us as a statewide provider of information, much like The Oregonian. I think that has really helped our brand.

If you could go back in time, what advice would you give to yourself at the beginning of this partnership?

I think on the technical side of things, when we made that transition to running it ourselves, we underestimated how technically challenging that would be. It’s not that I think the third-party system was better — I actually prefer running it ourselves. It gives us a lot more control and a lot less instability. But I would have said, ‘You should be working on this like a year before you want to transition, rather than like three months before.’ It was hard. To some degree, it was almost like starting over.

Editor’s Note: Ohio Valley Resource is a reporting collaboration between seven public radio stations in Ohio, Kentucky, and West Virginia. Resource reporters spend 70 percent of their time working for the collaborative, and 30 percent working for their home stations.

What’s the value of the collaboration for member stations?

They appreciate having these meaty, in-depth pieces, and they especially like that we deliver features on Mondays, which is typically a difficult day to fill newscasts. In addition to the regular features, we’re also now incorporating more spot pieces. For example, our reporter in Athens, Ohio is focusing on the opiate crisis and a bill that includes some additional support for addiction treatment in rural areas. It’s very difficult to track a piece of legislation and its progress and how it relates to the region unless you have someone on that beat. We’re beginning to hit that mark.

We distribute our radio material through a PRX network that was set up previously for some of the Kentucky stations to share audio stories. And then the online material is distributed via the Public Media Platform (PMP). We’re having a few bumps with PMP. We have three stations that are WordPress-based for their online presence, and the other four use Core Publisher, and there are some issues with translation of material via PMP between WordPress and Core Publisher. It has created some minor irritation and extra work for people who receive stuff and it’s not formatted properly, or pictures are out of place, or links don’t work. But that’s just a glitch we’ll have to work on.

The Corporation for Public Broadcasting grant covers staff expenses for the first two years. What’s the revenue strategy beyond that?

That’s a work in progress. We’re looking at foundation funding and things of that ilk, of course, but I think for the most part it’s going to come from the communities we serve. My role is to produce good journalism that has impact and to give the development teams a product they take to potential donors. We keep those two sides of the equation separate to keep a wall between editorial and the business side of things. But there’s a good deal of commitment to it. The stations would not have gone through the trouble of making this partnership happen if it were just a two-year project. They were looking at this as a glide path to creating this permanent entity that they’d all benefit from.

What’s your approach to branding for the Ohio Valley Resource?

We initially thought about doing a signature segment approach, with bumper music at the top and a few words of language to introduce the concept. We thought about going that route, but there were already so many signature segments on the air that some stations were worried about cluttering things up. And from a selfish perspective, I didn’t like spending 20 seconds of our precious time telling people, ‘Hey, here’s this thing.’ It felt like jazz hands, instead of really just getting to the story.

On the flip side, we do need to establish what we are and what we’re doing, particularly for fundraising. We’ve attempted to thread that needle by branding heavily online and in social media outreach, and branding lightly on the air. On the radio programming, the anchor introduction sounds pretty much like every story a listener would encounter. Then at the end they identify as being a reporter for the Ohio Valley Resource, and there’s a 8-second tag that says Ohio Valley Resource is this thing, and it’s made possible by CPB support. That’s it on the air, and then online we have our groovy logo, and we’re hitting social media really hard. For each story, we identify individuals or groups who are influencers online and would be interested in the topic, and we encourage them to share the story. That’s worked very well so far.

Correction: An earlier version of this story included a typo. The correct acronym for the Corporation for Public Broadcasting is CPB.