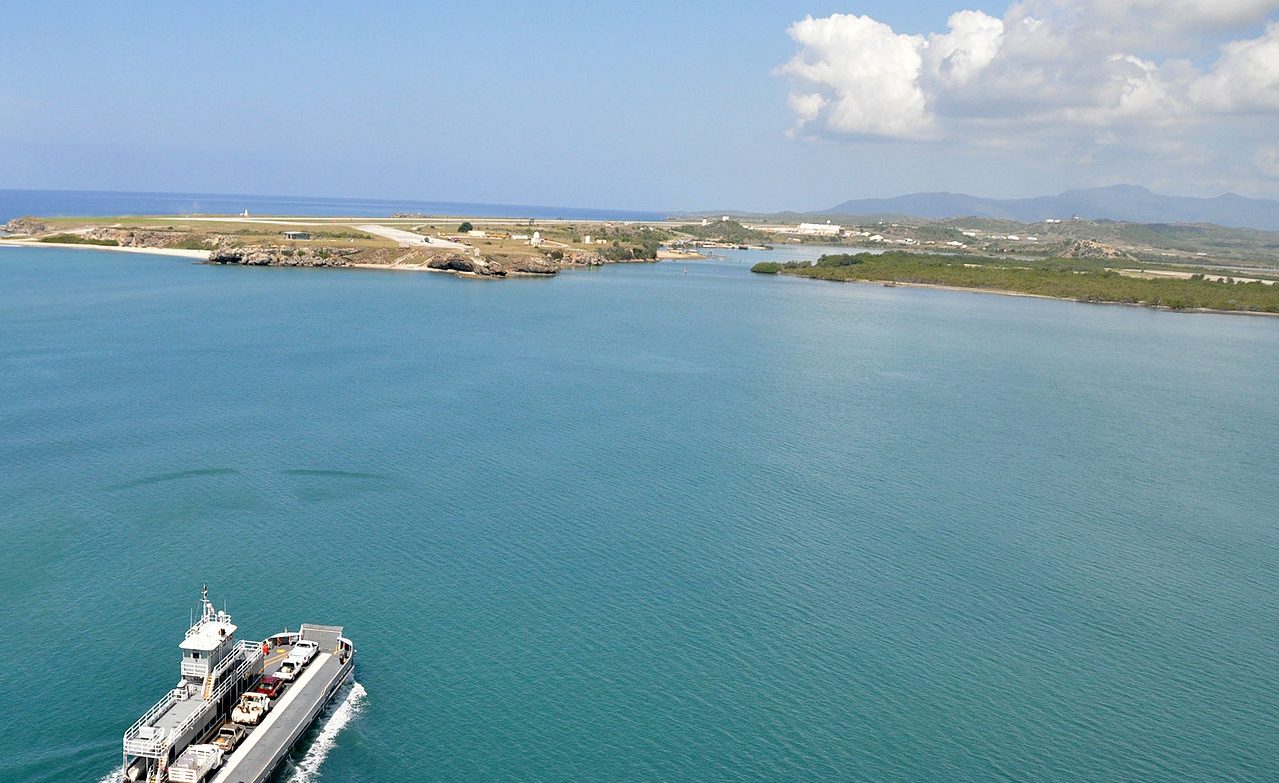 After President Obama’s December 2014 speech on reestablishing diplomatic relations with Cuba, I thought that our Miami-based journalism school, which is roughly 90 miles away from Havana, could help foster the future of independent media on the island. The President’s move included reopening an embassy in Havana, removing Cuba’s designation as a State Sponsor of Terrorism and increasing travel and commerce to and from the island. Our program has graduated thousands of students of Cuban descent, including several Pulitzer Prize winners, making us an ideal fit for this new era.

By the time John Kerry raised the U.S. flag over the U.S. embassy in Havana in August 2015, I had decided to assign my Spring 2016 capstone journalism class with developing a Spanish-language, startup news site for Cuba — a community that has no recent experience in producing and distributing objective news or First Amendment-like protection that supports freedom of the press. Students would work collaboratively to report and produce stories across media, using text, video, audio, photography and social media to target Cuban Millennials.

This would be no small order in a country where only 5 percent of the 11 million-person population has Internet access and one of the most common ways of distributing non-state-produced news and information is by loading up and passing around USB drives.

Three of the nine students in the class were of Cuban descent (the rest of the students were of Dominican, Puerto Rican, Brazilian, Italian and Lebanese backgrounds). My hope was that they would lead the way in connecting to family and friends using smartphones or emails, which the Cuban government has increasingly allowed. In addition, four students had participated in the school’s South Florida News Service, which provides content for The Miami Herald, and one student wrote for a digital Spanish-language soccer startup, so I knew I had strong and resourceful reporters.

The first big challenge to the project came from inside the classroom. Aliana Zamorano expressed the class’s skepticism (all student comments were provided specifically for use in this article). “Leaving the class on the first day, I was extremely frustrated. I felt that the project was impossible, feeding unbiased, truthful news about Cuba to Cubans from our little classroom in a Miami college was a joke. If my grandfather could not speak to his sister who lives in Cuba about anything but the well-being of her children over the phone once a month, how was I going to be able to get real information and ask relevant questions to the people of Cuba and not scare them off?”

Karen Noa, like Zamorano, also has relatives in Cuba, but she couldn’t get her family, including a cousin who is a professor at the University of Havana, to talk to her about day-to-day life, revealing their fear of reprisals.

The inability of the Cuban students to get ideas from their own families spread doubt about the feasibility of producing the news site. The students’ Whatsapp chat group, created to work on the project outside the classroom, became a hub of confusion. Momentarily floundering, the students wanted to write stories about Cubans who had immigrated to and lived in Miami.

I was surprised the students had not tried reaching out to Cuban Millennials using social media and pushed them to employ multiple platforms. Guest speaker Jorge Duany, director of the Cuban Research Institute at FIU, further supported that idea when he spoke about young Cubans setting up blogs and expressing political dissent, in spite of the Cuban government’s control of media.

Arthur Guisasola, the class’s soccer reporter, had tried connecting with Cubans through Airbnb, which does a brisk business on the island, but got no response. He had a eureka moment while searching Reddit for soccer news. “It hit me. There definitely has to be a Cuba subreddit … I wrote a post on the Cuba subreddit asking if anyone would like to talk to me.”  Several hours later, he received a message from a 23-year-old university student.

The two started communicating though it often took up to a week for Guisasola to receive a reply. (Internet is limited in Cuba to hotels or one of the government sponsored wifi hotspots. User costs run $3.50 to $4 an hour. The mean salary in Cuba is $20 a month.) But the exchanges provided a glimpse into Cuban Millennials. “(It) helped me to understand what the Cuban population was looking for news-wise.”

“Everything changed after that,” Noa said.

With insight into their target audience, the students brainstormed in class and on Whatsapp, generating story ideas. They also came up with the name Diarioforcuba, which combined Spanish and English and reflected the class’s multiculturalism.

Knowing that Cubans are spoon fed their government’s version of the Cuban revolution and the rise of Fidel Castro’s revolutionary socialist state, Noa decided to provide young Cubans a different perspective. She created a timeline (Cuba y Estados Unidos, un cronograma) that included Castro’s rise to power and alliance with the old Soviet Union; a chronology of Cuban immigration to the U.S., including the freedom flights and Mariel boatlift; the Cuban Missile Crisis; the U.S. embargo; and the ongoing rapprochement between the two nations.

Students reported on business, culture and sports. Nicole Montero investigated foreign banks and the future of credit cards in Cuba (Operaciones bancarias en Cuba). Patricia Gonzalez explored the rise of  “cuentapropistas,” Cuban capitalists. She reported on how a math teacher earning $20 a month created a cottage industry producing and selling bikinis on the streets of Havana  (El capitalismo se trata un oportunidad). Christian Portilla wrote about a Cuban artist who helps support his family by exhibiting his work at Miami’s Art Basel, and Guisasola reported on Cuban ex-pats playing amateur soccer in Miami. Sources were not easy to come by. Montero interviewed 22 people in Miami before she connected with a source for her story.

All the articles were written and revised in English. Guisasola supervised their translation into Spanish (English translations are available through Google). The students set up Twitter (@diarioforcuba) and Facebook accounts to create communities and distribute content.

While the students worked on their articles, commercial flights between the two countries were restored, and President Obama announced that he would visit Cuba at the end of March — the first president to do so in more than 80 years. The confluence of the contact with the Cuban student and the quickening of the momentum of change between the U.S. and Cuba gave the students a greater sense of the timeliness of the project and the role it might play, however small, in the future of independent journalism in Cuba.

A synchronistic event about halfway through the semester tempered the class’s growing excitement. Tracey Eaton, a colleague teaching at Flagler College in St. Augustine who had set up the Dallas Morning News’s news bureau in Havana in the early 1990s, messaged me saying he would be covering President Obama’s trip to Cuba with Lester Holt’s NBC team and could stop by my class on his way home. I had been trying to arrange a Skype interview with him all semester.

Fresh from Havana, Eaton expressed hope for the future of relations with Cuba (he passed around Cuban Cohiba cigars as a symbolic gesture of the growing ties between the two countries), but he also cautioned against a quick transformation by describing some of the difficulties he had in directing a bureau in Cuba under the watchful eye of the regime. Videos he showed of Cuban activists who had been fighting for greater freedoms and who are now leaving Cuba for Miami emphasized that major change, including freedom of speech and press, was unlikely in Cuba anytime soon.

Myriam Marquez, editor of El Nuevo Herald in Miami, echoed similar comments in student Amanda Rabines’ video, “La luche por la libertad de expresion” (the struggle for freedom of expression). She cautioned that even if Internet access is expanded, Cubans will be wary of speaking freely and exposing their thoughts on social media.

As a follow-up to all the remarkable events that occurred during the semester, I asked the students to try to get comments from Cubans about whether they believed that change is coming to Cuba. I also encouraged the students to develop a non-traditional approach to the assignment. They responded with “Que Piensan los Cubanos?” (What Cubans think?) — a multimedia presentation, combining a string of tweets and voiceovers with a mixed bag of comments from multiple sources.

Barely a few weeks after launching the project, Diarioforcuba received comments from Cubans on its Facebook page, and The Miami Herald expressed interest in using student content in their new InCuba, Today blog.  As rapprochement between Cuba and the U.S. and the possibility of a freer Cuba are evolving stories, students in my summer and fall media classes will go into phase two of diarioforcuba: engaging and informing Cuban Millennials. To be continued …

Allan Richards is associate professor at Florida International University’s School of Communication and Journalism. He oversees the school’s language skills program. Richards developed the current computerized language skills testing program with a grant from the Ethics and Excellence in Journalism Foundation and the Writing Center with a grant from the Scripps Howard Foundation. Richards began his career as a music journalist in New York.