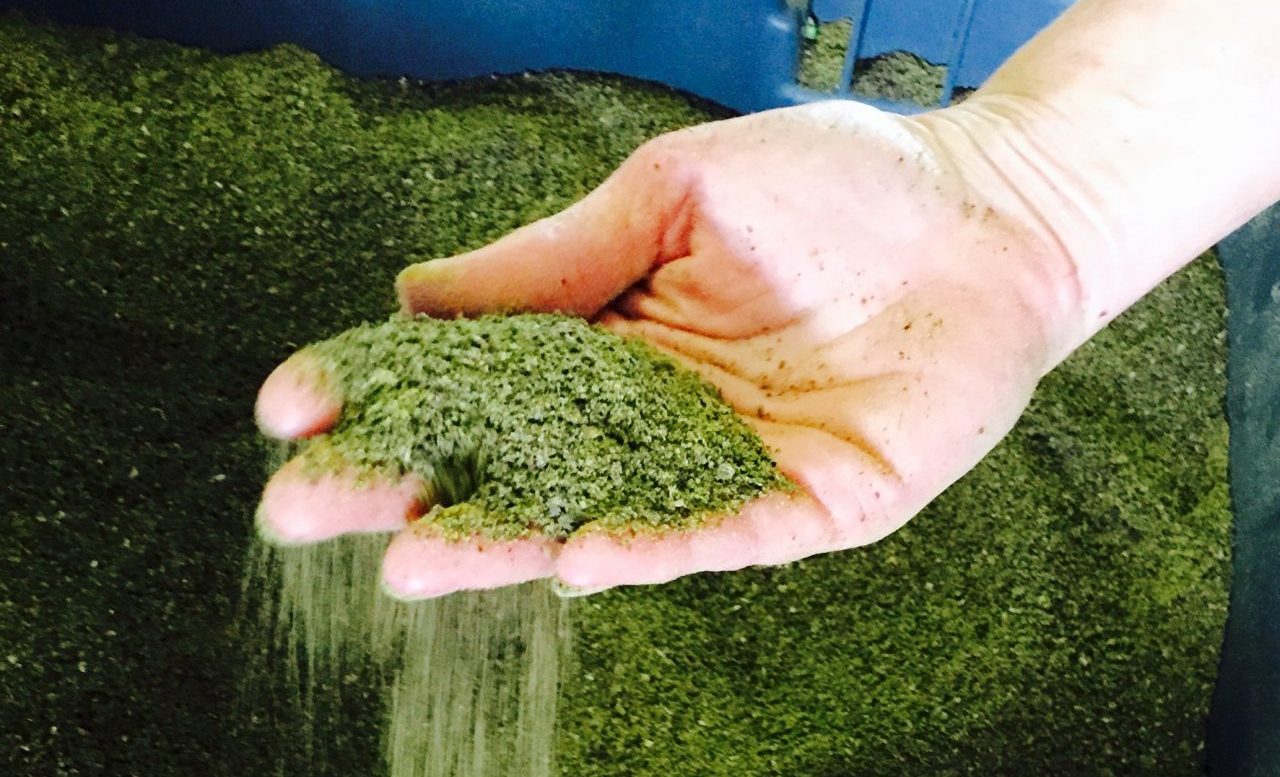 Protein powder derived from hemp is a popular ingredient in many consumer products. Credit: Nicole Erwin

A version of this post first appeared on The Ohio Valley ReSource.

Hey, Mark Zuckerberg, can we talk about hemp? No, really, I’m asking: can we? Because a recent experience with Facebook left the impression that reporting on the plant used in products from soap to rope is taboo. Verboten. The leaf that dare not speak its name.

This bit of anti-social media behavior came after ReSource reporter Nicole Erwin profiled Kentucky farmers participating in a state-run research program on hemp, once a commodity in Kentucky. Growers hope to revive the crop but face frustrating limitations because hemp is still lumped in — unfairly, proponents argue — with drugs such as marijuana.

A bill pending in Congress would ease these restrictions but for now the farmers are stuck in legal limbo, unable to adequately grow or process hemp in the U.S. while a multimillion dollar market goes to imports.

When ReSource partner station WKMS in Murray, Kentucky, sought to promote Erwin’s story on Facebook we discovered yet another obstacle: Even talking about the issue can trigger a ban. WKMS News Director Matt Markgraf tried to “boost” a Facebook post on the story and learned that his ad was not allowed.

“Your ad wasn’t approved because the body/title text used in the ad promotes the use or sale of illegal drugs,” read a message from Facebook.

Puzzled, Markgraf wrote a patient appeal, explaining that the ad did not promote anything other than a piece of journalism “about the misconception of illegality regarding hemp v. marijuana.”

“Such ads violate local laws,” came the reply. “We have zero tolerance towards such ads…This decision is final.”

“This clearly underscores the challenges that the emerging industry faces in overcoming the plant’s stigma,” Markgraf said.

It’s hard to see how Erwin’s story could be construed as a sales pitch for a drug. Hemp products include cooking oils, cosmetics, and clothing but lack any significant amount of the intoxicating substance found in marijuana. Proponents say a smoker would need a hemp joint the size of a telephone pole to catch a buzz.

We wondered if anyone at Facebook even reads the appeals. Was Markgraf actually communicating with a person or just arguing with an algorithm?

“If they had actually read the first couple of sentences in the story, I think they would have reconsidered the decision,” Markgraf said.

The company did not respond to requests for comment (beyond the comments included in response to Markgraf’s appeal).

In the past few months Facebook has come under fire for alleged political bias, prompting a meeting with conservative lawmakers this spring. And the platform has become such an important means of connecting with an audience that any barrier to sharing stories can cause heartburn for news outlets. A 2015 Pew Research Center study found that about 60 percent of Facebook users get their news there. A recent company announcement of changes in the algorithm that determines what content users see was enough to send shudders through the publishing industry.

That’s why our little experience with the hemp story seems like the seed of something that could grow problematic. If Facebook is blithely blocking attempts to distribute news stories on topics it deems off-limits, this could have implications far beyond the farm.

Jeff Young is the Managing Editor of The Ohio Valley ReSource, a regional journalism collaborative reporting on economic and social change in Kentucky, Ohio, and West Virginia.