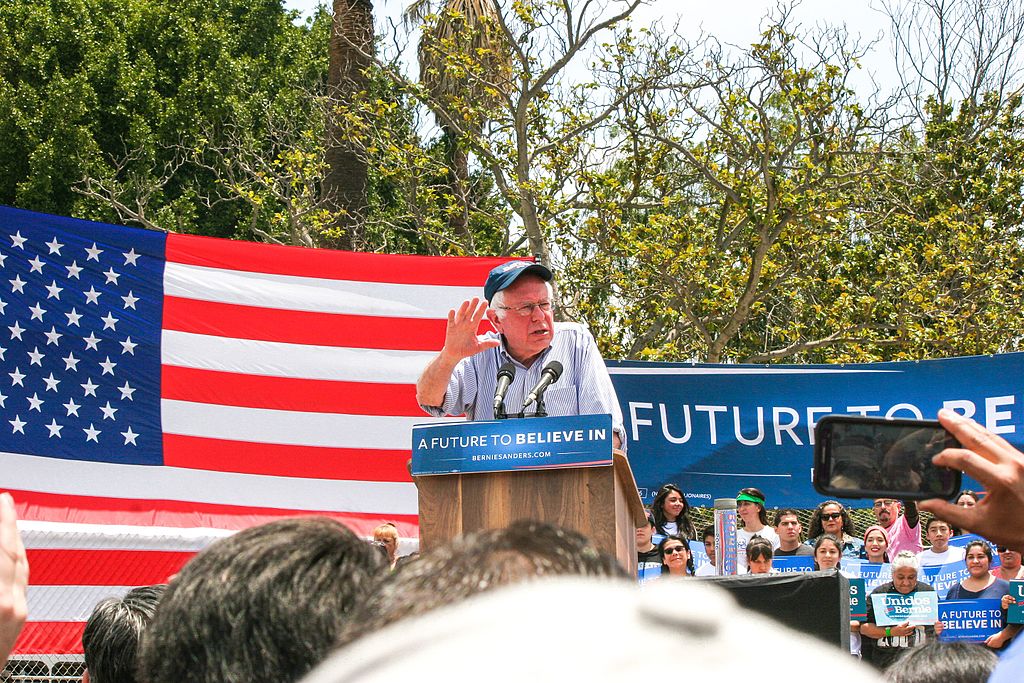 News stories about Bernie Sanders average nearly as many page views as stories about Donald Trump. Photo by Rev Dills on Flickr and used here with Creative Commons license.

The article, written by Parse.ly data analyst Conrad Lee and based on more than 100,000 news articles from 300 newsrooms, seemed to go against the narrative that Trump has been a singular financial boon for the media. It’s a narrative the news media itself has helped to create. All the way back in February, for example, CBS chief executive Les Moonves said as much, stating of Trump’s campaign that it “may not be good for America, but it’s damn good for CBS, that’s all I got to say.”

"Editors and journalists should be aware that Trump is not ‘pageview crack.'" -Conrad Lee

Lee found a more nuanced story in the Parse.ly data. For instance, as many articles focused on Trump as every other major candidate combined, Lee wrote, but a typical Clinton article generated six percent more page views than a piece on Trump. Traffic to articles on Ted Cruz and Bernie Sanders was nearly as high. Would a journalist looking for traffic be well-served by writing more stories about Clinton? With social media referrals peaking for articles on Sanders, should journalists producing content for social media pay him more attention?

These are helpful questions for newsroom analytics and metrics-savvy journalists to be ask they continue to report on Clinton, Trump, and the election between now and November.

With the story trending in many news circles, we wanted to know a little bit more. Here are the questions we asked Lee, and his answers, which he emailed to us.

This is data for online media, but we also know, for example, that Republicans drew twice as many TV viewers per debate as Democrats. What do you draw from that comparison?

Conrad Lee: That’s an interesting statistic. To put it into context, I’d also like to know the average number of minutes each day that Republicans and Democrats spend watching conventional television (excluding on-demand content such as comes through Netflix). Perhaps this number is explained by Republicans simply watching more television, and Democrats consuming media through other channels.

With regard to the data that Parse.ly analyzed, I can say that page views were pretty equally sourced from left-leaning and right-leaning publishers.

Do the data suggest anything about how the competitiveness or calendar of the Republican campaign contributed to a higher number of Trump stories? If so, what?

Lee: The data suggest that Trump didn’t captivate the media because articles about him are simply more popular among readers; they’re not. That’s certainly contrary to the common wisdom that Trump is some kind of ‘crack’ that brings in page views, and journalists just can’t help themselves when faced with such temptation. So there has to be some other reason that journalists are focusing so intently on Trump, and I believe it’s that he’s easy to write articles on. Trump’s PR machine has mastered the art of juicy soundbites that are easy to commentate on, and make journalists’ jobs easier. That allows Trump to dominate the calendar, because regardless of what’s going on, he’ll produce the easiest-to-cover blurbs.

For the analysts and editors who read MetricShift, what is one thing that you would ask them to share with their newsroom about future Election 2016 coverage and one thing they should pay attention to in their site metrics between now and November?

Editors and journalists should be aware that Trump is not ‘pageview crack.’ On average, articles written on all major candidates bring in about the same number of page views. So you shouldn’t justify writing on the easiest topic to cover (which is usually Trump) by thinking it will bring in more page views.