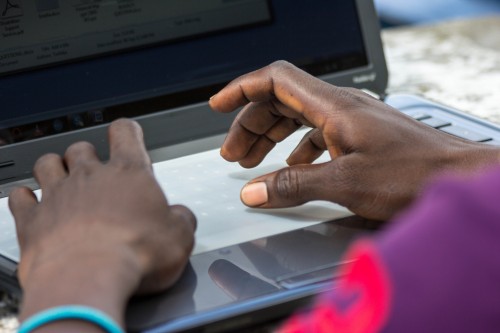 Photo by OER Africa on Flickr and used here with Creative Commons license.

Media companies often have a love/hate relationship with Millennials.

On the one hand, they’re an incredibly attractive demographic, particularly with advertisers. On the other – as products of the freemium economy and the social media age – this generation of consumers is all too easily characterized as (media) brand agnostic, selfie obsessed, with short attention spans, and thus unable (and unwilling) to engage with serious journalism and issues of major importance.

The notion that young people are only interested in viral videos and listicles is as redundant as it is clichéd.

Of course, the reality is more complex than that, and a quick look at the millennial orientated media landscape demonstrates this.

Companies that super-serve this cohort – such as Vox, Vice, BuzzFeed and the Huffington Post – are all investing heavily in original reporting and journalism, making the notion that young people are only interested in viral videos and listicles as redundant as it is clichéd.

Into the millennial media mix, we must also include Mic, a well funded site that reaches more than 30 million users each month. Originally launched in 2011 as Policy Mic, their offering initially targeted millenials with content that took a serious look at issues of policy and global affairs.

This offer has evolved over the past five years, with output related to social justice and culture – and more recently food vertical – also being added. “Millenials care a lot about food and where it’s sourced,” says Mic’s Chief Strategy Officer, Cory Haik.

Kicking off with a video highlighting how various organizations categorize this demographic differently, Haik also noted that this is an audience that’s driven by a desire to affect change.

As a result, Mic’s output has a strong emphasis on “surfacing, showcasing and affecting change.”

“Our audience comes to us time and again for that,” Haik revealed. Although their interests vary, common concerns for this young cohort include climate change, campus issues, college campus sexual assault and LGBTQ issues.

This audience is “very politically engaged,” Haik reminded us. In the past year, she told us, 76 percent signed a petition and 85 percent are registered to vote. In the 2012 election, 71 percent of them did so.

In this approach, Mic is not alone. “Fusion, BuzzFeed… all have very young newsrooms,” she said.

Being of – and from – this demographic is important given the role that Mic has given itself in seeking to “inform and empower our generation to have an impact.”

This matters, Haik advised in response to a question from the audience, because Millennials are a media savvy audience who really value authenticity. “They sniff it out and they won’t stand for it if it’s not authentic,” she said.

That many of their millennial-oriented rivals also have a similar personnel profile hints that Mic is not the only organization that recognizes the importance of this staffing makeup. Being close to your audience is an intrinsic part of their approach and subsequent success.

Carving Out A Niche

Given that millennial audiences are a latter day Holy Grail for many news organizations – often unattainable and almost mythical – it’s perhaps no surprise that this is a competitive landscape. Nonetheless, Haik feels, Mic is different from its competitors.

“I love VICE,” she told a room of 700 journalists and media execs, “but VICE is pretty Gen X.”  “They sell themselves as a millennial publication, but they’re a little angsty.”

“Mic is a lot more optimistic in its outlook,” she suggested, highlighting how different outlets deploy “different styles in storytelling.” Nonetheless, she admits, “there’s definitely a Venn diagram there.”

With close to 100 people on the books, Mic produces 15 videos a day and is also experimenting with other ways to engage their millennial audience. This includes launching several bots on Facebook Messenger as well as ClipDisBot and TrumpChat on Kik.

Mic has launched several bots on Facebook Messenger as well as ClipDisBot and TrumpChat on Kik.

The latter, a kind of modern day “choose-your-own-adventure game,” gives audiences a choice of two pre-determined responses to questions and comments posed by the Trump bot.

As Marcus Moretti from the Mic product team outlined recently on Medium: “The bot delivers interactive news snippets in Donald Trump’s Twitter voice, arguably one of the most compelling voices on the internet right now.”

These new types of “adaptive storytelling” are popular with their audience. Haik disclosed that the average use of their Kik bots “is upwards of 23 interactions per session.”

Mic is continuing to move forward with a mix of serious and fun output.

As Mic grows, this editorial balance will continue to be accompanied by a balance in people working for the site. Although the median age of the newsroom is the same as it’s target audience, that doesn’t mean that older journalists are unwelcome.

“Experience does matter,” Haik acknowledged. “Writers and reporters are only as good as their editors. [So] it’s very important to have good editing.”

Even the Trump bot would agree with that.