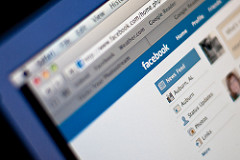 Facebook is in hot water after a former news curator alleged the company was suppressing conservative news in its "Trending Topics" section.

A former news curator for Facebook says the social network suppressed conservative news outlets in Facebook’s Trending Topics, and U.S. Senators want to know more. The video wars continue as Amazon launches Video Direct to take on YouTube. And a news app called Ripple tries to take on hyper-local citizen journalism. Our Metric of the Week is Audience Measurement, and we go one-on-one with Slate’s Lily Hay Newman.

There’s always been a fallacy that Facebook’s News Feed and Trending Topics were created magically by an algorithm without human intervention. But that’s never really been the case. At the least, human programmers decide how the algorithm works. But with recent reporting from Gizmodo’s Michael Nunez, we’ve learned that Facebook has employed human curators to help oversee the Trending Topics feature. They’ve been in less than ideal working conditions, and they’ve suppressed certain stories and outlets with a conservative bent — at least according to one anonymous former curator. That last allegation prompted the U.S. Senate Commerce Committee and its chair John Thune to send a letter to Facebook to request more information about how it runs its Trending Topics. Facebook responded with a statement saying it was investigating the matter and that its curators should “allow all points of view.”

So what can the Senate really do? Facebook has the right to create a Trending Topics feature and set up its algorithm and direct its curators to highlight whatever it wants. It has no obligation to the Senate or even its users to be neutral or impartial. But as with every feature we see online, from Apple’s iTunes charts to recommended TV shows on Netflix, we need transparency to understand who exactly is deciding on what’s getting featured. We expect bias, but we hope it’s not because of a secret payment or personal preference that outweighed serving the customer. We always suspected that more humans were involved in Trending Topics on Facebook, on Twitter and on other social platforms, and this just lifts the curtain on the ethical dilemmas which plague tech companies too. They might like to be seen as “neutral” platforms, but the reality is that they’re becoming more and more like traditional media.

The video wars are only getting more intense. Amazon is now taking a page from the YouTube playbook (albeit from 2006) to allow anyone to upload video to its Video Direct service. Plus, video creators can make money by charging people for content, renting the content or streaming it free to Prime members and getting 55% of ad revenues generated. That 55% is the same that video creators get on YouTube. And right off the bat, Amazon signed up big name publishers such as Conde Nast, Samuel Goldwyn Films, The Guardian and Mashable.

Plus, as Digiday’s Sahil Patel points out, YouTube networks such as “The Young Turks” and StyleHaul have also signed up with Amazon. Patel says that creators are seeing dollar signs as more outlets like Amazon throw money their way. One money pot is called the Amazon Stars fund that will dole out $1 million per month to the top 100 video producers. Sure it’s a pain for video makers to create content for YouTube, Amazon, Vine, Snapchat and the entire blossoming ecosystem. But with more platforms comes more competition for quality video — and even more compensation like the Stars bonus money and Facebook paying publishers to be a part of its live-streaming service. Now is the time to start that video show you always wanted to produce…

Will mobile devices finally be the realm where hyper-local news will succeed? That’s the hope of a new app called Ripple, recently launched out of beta on iOS and Android in 26 cities. Ripple raised $4 million in funding from Greylock Partners, the Knight Foundation, Eric Schmidt’s Innovation Endeavors and many others. Its founder and CEO, Razmig Hovaghimian, previously created an international version of Hulu called Viki, that he sold to Japanese tech giant Rakuten. Hovaghimian told Recode that “People want their voices heard. They want to be representing their neighborhood.” So Ripple allows citizen journalists to report on their neighborhoods, while pulling professional content into the stream. Unfortunately, the startup quickly got into hot water by running full stories from publishers like DNAinfo and Gothamist without a syndication deal. It quickly made a change so that it was only using a blurb and thumbnail image and linking to the full stories.

Beyond that issue, Ripple is diving into a difficult, murky stream when it comes to hyper-local news. Everyone from Microsoft to AOL Patch has tried this in the past and failed. But Ripple is hoping to score by focusing on mobile news, video reports and partnering with existing news sources. I tried out the version for San Francisco, where I live, and there were some interesting stories about homeless people, local businesses and even female DJs. Quirky and offbeat, for sure. They want to have a mix of ads and syndication revenue, and I can see how sponsored content would fit well into their stream. But selling people on one more app, and getting their attention into that app will be a very tall order.

There’s been a lot of controversy about the news stories that show up in Twitter Moments, or how Facebook decides what shows up in News Feeds and Trending Topics. But so what? Why does that matter? We know that these social networks are eating up more of our time each day, but do people really use social networks as their everyday go-to news source?

It turns out they are. My wife Renee told me she now gets nearly all of her news from Facebook, and even decided to subscribe to the New York Times Digital and New Yorker digital after reading many of their stories through social media. But she’s not the anecdotal story that proves the point. A recent study by the Knight Foundation and Nielsen showed that news is going mobile, and driven by social apps.

They found that nearly 9 out of 10 Americans read news on mobile devices, and social apps trail only TV as the top news source. That means that social apps like Twitter and Facebook are a larger source for news than radio, newspapers, or magazines. Think about that for a second. These two platforms, Twitter and Facebook, that didn’t really exist 10 years ago, are now a bigger source for news than radio, newspapers and magazines.

Now when you think about those social platforms, and the way their algorithms work (along with human curation), you have to consider the outsize influence that has on what news we read. And there’s also the “trusted friend” effect. We always depended on friends and colleagues to tell us about news at parties or over lunch, but with social media, that trend is even more pronounced. The report found that people depend on friends, contacts and individuals as trusted news sources as much or more than the media outlets themselves.

So where does that leave media outlets? Many of the larger ones are doing well on mobile. Wikipedia’s mobile site leads in news and information usage, but it’s followed by CNN, About.com, BuzzFeed, Fox News, USA Today and the New York Times. The problem is that smaller and regional news outlets are being left behind on social.

As the Knight report concluded: “While news organizations with national (or international) reach are experimenting on mobile and social media platforms, many local and regional outlets have been slower to migrate to become “digital-first” operations.”

Google did recently add a new “local source” tag for publishers who want to be highlighted as the first to get a big local story. But more efforts are needed by platforms and publishers to make sure that local voices are heard. And overall, we’ll need to pay close attention to what platforms are doing with news, how they’re highlighting stories and who makes those decisions behind the scenes.