How to School Your Data, Thanks to NICAR 2016 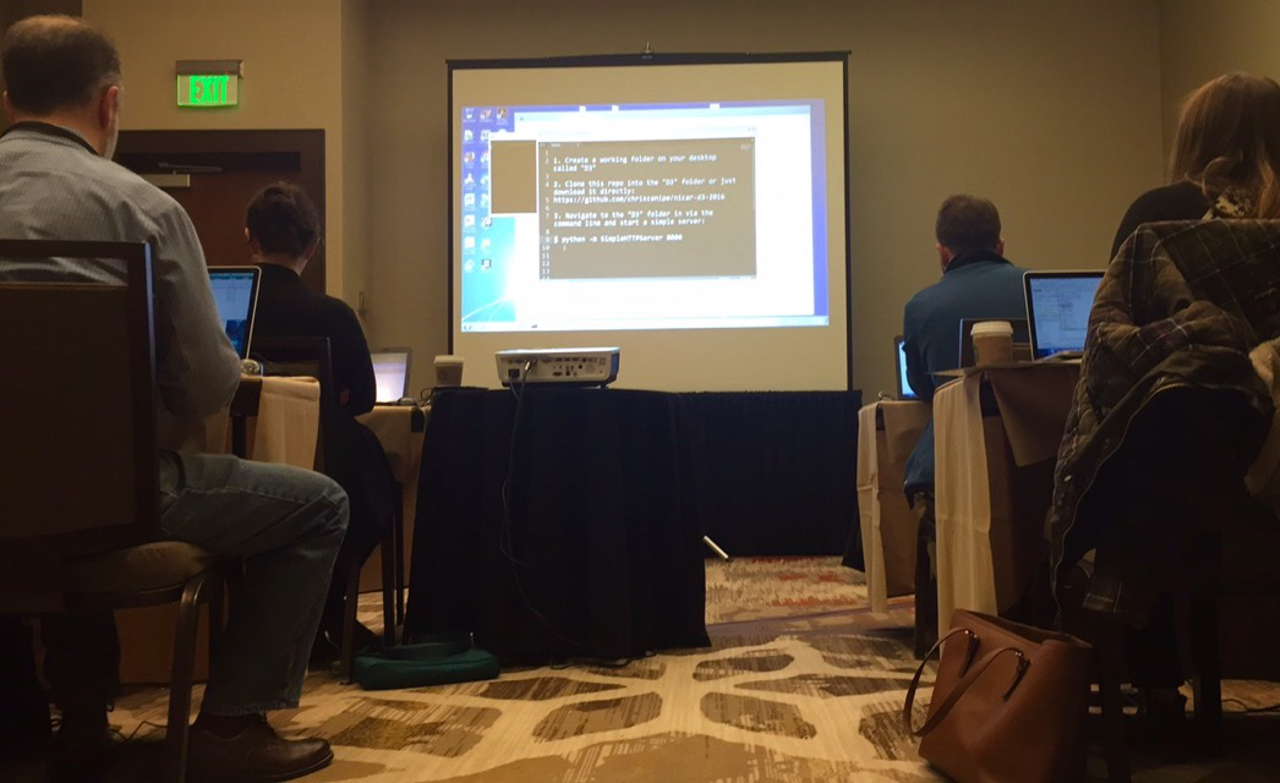 If someone told me five years ago I’d be going to a conference celebrating the power of numbers and their facilitators (Excel, SQL, etc.), I would have laughed in their face. Actually, I think my mom did laugh when I first proposed the idea of attending NICAR 2016.

I got my first taste of investigative journalism a couple of years ago, which inspired me to take the computer assisted reporting class taught at my school, the University of Missouri. I won’t say that my CAR skills clicked instantly, but my draw to use data to tell stories definitely did. While I loved the idea of it, I started to get overwhelmed looking through databases searching for any possible hint of a story. I quickly lost sight of data’s purpose in all this. In order for data to be a compelling component in our stories, it has to guide our reporting not be our reporting.

“While data doesn’t lie, it does mumble a lot. It’s up to you to lean in and figure out what it’s trying to say.” - Jodi Upton

So this year I found myself at the Marriott Hotel in downtown Denver as an eager NICAR first-timer. While I wanted to learn R and python, I also had a separate agenda. How do reporters not get lost in their data? How do I get past the initial analysis? These were the types of questions circulating in my head, and they were well answered by the NICAR community. Here is a summation of all the answers I received through both panels and emails on how to interrogate data.

Don’t Use Data Just to Use It

Kendall Taggart, an investigative data reporter for Buzzfeed News, advised to find people pretty quickly after the initial analysis. If nobody seems to actually represent the dataset, then there’s a high chance it’s not actually a story. Taggart said she starts her analysis with a reporting question in mind. Using data to tell a story is a viable way of finding sources and identifying problems, but very rarely, if ever, can it be the focal point of the story. Resist the temptation to stop at those initial percentages, jarring as they may be. Let those numbers instead act as a launching point for the reporting process. Karrie Kehoe, a data reporter at The Times and The Sunday Times, wrote via email to not let the data limit the story. It’s important to not forget our job as reporters: get out and find experts and examples to explore the validity of the numbers. As Kehoe said, it’s data that strengthens our stories, but the human story is what draws in the readers.

Be Prepared for Breaking News

Stephen Stock, an investigative reporter for NBC Bay Area News, said he has files labeled with names of potential natural disasters or breaking news on his computer. When news hits, he has the resources required to take those stories a step further, based almost entirely on databases. Instead of reporting about a plane crash occurring, he’ll be able to report on who may have been in the plane, flying the plane, etc. That being said, do not turn to new technology on a quick-turn story. Kehoe said to scale up gradually.

Investigative reporter Stephen Stock shows a slide of helpful websites in his presentation on Thursday, March 10, the first day of NICAR 2016. Photo by Emma Nicolas.

Do Not Just Accept the Narrative

If data exposes a system failure, don’t just report that. It may be more effective to take that data as a reference when asking the people responsible “why?” It’s easy to publish statistics, but will the upshot be as powerful? It’s also important to find a specific scope to focus in on — don’t let the numbers swallow you. There will often times be multiple angles to approach a dataset from, so pick one and make the deep dive.

Assume Your Data is Dirty

“While data doesn’t lie, it does mumble a lot. It’s up to you to lean in and figure out what it’s trying to say,” Jodi Upton, a data reporter at USA Today, wrote via email.

Upton, who worked on Behind the Bloodshed, said she and her team discovered the inconsistencies in FBI mass killing data — so they made their own. There are risks to a self-curated database, but sometimes it’s the only option. Upton advised to ask why the government may be collecting the data you want to use. If they aren’t using it in their day-to-day work, there’s a chance it’s not well kept. Data can be overwhelming, so do not rush it. The cleaning process is half the battle. Kehoe advised data reporters to check and recheck their work, and even have a co-worker check your work for flaws.

Other quick hit tips from reporters

Hopefully this helps all the young’uns, as NICAR calls them, hoping to plunge into the world of data reporting. My final tip for taking those data skills to the next level is getting involved in the NICAR community. It is absolutely epic.

Emma Nicolas is a senior at the University of Missouri studying investigative and convergence journalism. Follow her on Twitter @emmasuenicolas.