One Year In, Hearken’s Audience Engagement Platform is Catching Fire 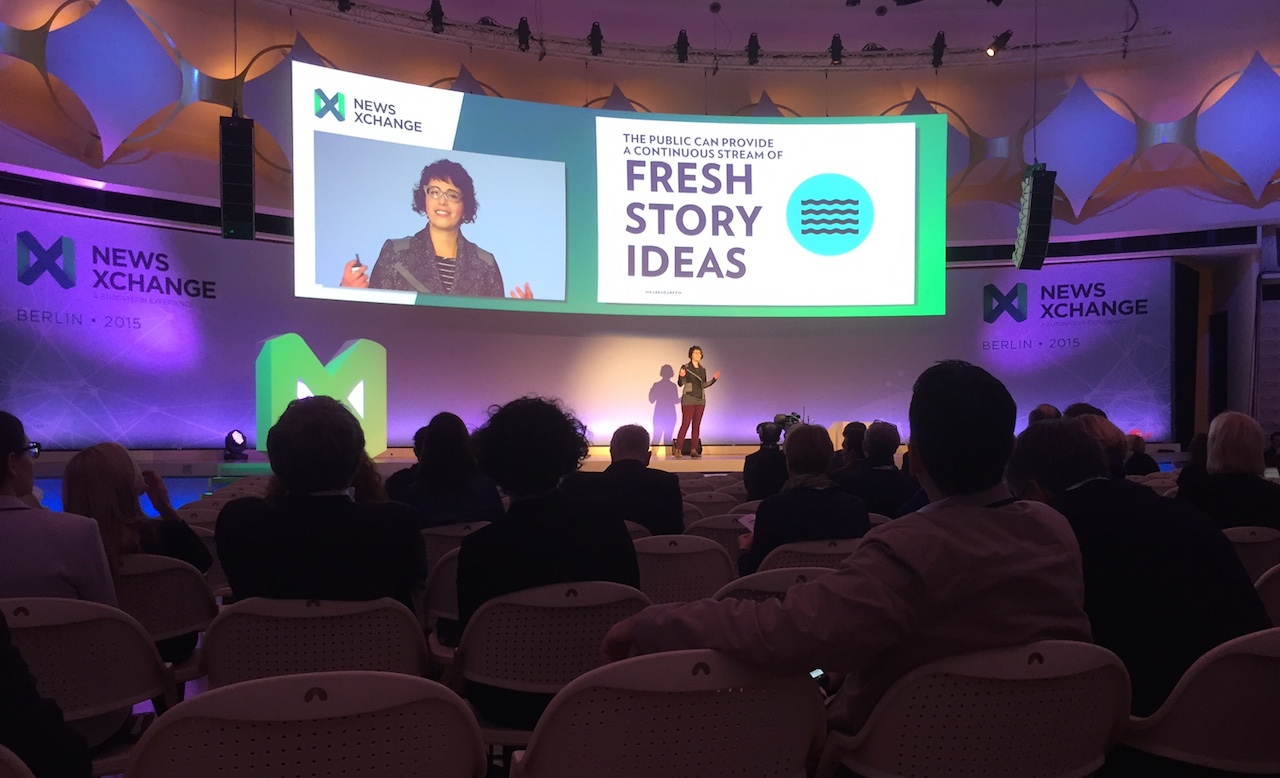 Within two years of its launch in 2012, WBEZ’s Curious City had racked up awards, produced stellar audience metrics and pioneered a different type of relationship between journalists and their audiences. An experiment in audience engagement, Curious City invited listeners to submit their burning questions about the city of Chicago, then allowed WBEZ’s online community to vote for the questions they wanted answered and gave winning contributors the chance to work alongside a reporter to bring the story to fruition.

This collaborative approach to journalism was a huge success at WBEZ, where Curious City produced 41 percent of WBEZ’s 50 most popular stories in 2014 (even though it accounted for only 2 percent of all content). But Jennifer Brandel, Curious City’s founder, wanted to find out if the idea could scale up.

“Now more than ever, we need the news industry to maintain and strengthen their relationships with audiences.” -Jennifer Brandel

So last January, Brandel co-founded Hearken, a company that’s working to customize — and expand — the Curious City model for news organizations around the world. In 13 months, Hearken has launched with 44 radio, television and newspaper partners, both for-profit and non-profit. And with its team now up to five full-time and two part-time staffers, Hearken has the feel of a company that’s quickly outgrowing startup status.

“We’re hearing from people of all stripes in the newsroom who are interested in this idea,” said Brandel, who added that Hearken has 93 prospective partners in the pipeline. “With the continued turmoil in the news industry, we think it only makes sense to tap into the wisdom and the excitement and the power of the audience.”

While the Hearken model seems well catered to help newsrooms produce the journalism that audiences want, I’ve wondered whether it does much to generate the news that people need. At WBEZ’s Curious City, for example, the three questions up for audience voting last week were: (a) How many migratory birds die by crashing into Chicago skyscrapers each year? (b) Are native Chicago-area animals and plants ever considered invasive species elsewhere? and (c) What are the most popular landscaping trees in Chicago’s neighborhoods and parks?

These are all fun questions, and certainly they’re no less “serious” than the kind of stories that might appear in a newspaper’s Arts & Entertainment or Lifestyle section. But they’re also not Woodward and Bernstein stuff either. Does that matter? And does Hearken have relevance beyond the world of fun, lighthearted trivia?

When I posed these questions to Brandel, she pointed out that Hearken’s audience-driven platform has already led to powerful investigations, including El Observador’s story about where Uruguay’s biggest labor group gets its funding, as well as Michigan Radio’s reporting on the condition of an oil pipeline under Lake Michigan, which won the newsroom’s first regional Murrow Award for investigative coverage. Brandel says she doesn’t expect these cases to be anomalies.

“I challenge the idea that reporters are the only ones who would have deep enough knowledge to ask really good, incisive questions that the public wouldn’t know,” she said. “There’s always someone in an organization who will know stuff and can whistle blow.”

There are early signs that news organizations are buying Hearken’s potential as a tool for heavy-hitting journalism. For example, among its current list of clients are many names known for serious reporting, including the Center for Investigative Reporting, the Chronicle of Higher Education, and Chalkbeat.

“Hearken can really be a tool to create any kind of reporting newsrooms are already doing,” Brandel explained, “whether it’s FOIA-heavy muckraking or delightful human-interest profiles.”

A Product Built on Process

During Brandel’s recent talk at the University of Oregon School of Journalism and Communication, an audience member asked an interesting question: If Hearken is fundamentally a process for how to report and communicate the news, then couldn’t newsrooms just emulate the process without buying the product?

One one level, Brandel says, the answer is yes. If a newspaper editor wants to start their own “Curious City” platform for free, they could theoretically throw a Google Form on their website and start collecting audience questions tomorrow. But that approach has a low ceiling, Brandel says, because once the number of submissions starts creeping above 100, the back-end management becomes a nightmare. What Hearken does is offer a customized back end that streamlines the process for reporters and editors.

“It’s unsexy to talk about, but a lot of newsrooms waste so much time and energy on inefficient systems,” Brandel said. “We want to give people their time back so they can focus on reporting and serving their audiences.”

Next Up: A ‘Reporter’s Notebook’ Tool

Hearken’s next big splash will likely be the launch of a “reporter’s notebook” tool, which journalists could use to invite audiences into the newsgathering process, even as it’s unfolding.

The idea is that a digital notebook would help reporters showcase all kinds of assets that are currently wasted byproducts, from additional interview material to fun stories from the reporting trail.

“It’s really about letting journalists share the things they find along the way that might not make it into the final story, but that are interesting and valuable nonetheless,” Brandel said. “There’s an audience that can be hungry for that kind of information.”

The tool would build on Hearken’s brand of “discovery journalism,” which looks to the reporting process itself as an opportunity to build narrative appeal. It’s an approach that has worked well for long-form podcasts like Serial and Reveal, as well as for Hearken.

“I think there’s a lot of joy that comes from the journey when you’re learning something new,” Brandel said. “And there are forms of narrative craft that allow people to discover alongside you.”

Why Hearken Matters for Journalism

Last month, I wrote an 11-part series about “engagement” — the journalistic buzzword du jour that’s thrown around to describe everything from boosting social media metrics to making journalism more inclusive.

Hearken is undoubtedly a tool for engagement, but if BuzzFeed’s listicles and click-bait headlines are on one end of the spectrum, Hearken is firmly on the other. Hearken is about community engagement, and it’s about reconceptualizing journalism as a collaboration between journalists and the communities they serve.

“There are so many places people can go for information, or just to spend time on their phones and computers,” Brandel said. “Now more than ever, we need the news industry to maintain and strengthen their relationships with audiences.”

Hearken is among a group of journalistic startups that are trying to demonstrate that community engagement isn’t just some optional add-on for civic-minded news organizations, but rather is a fundamental part of the business model for news moving forward. As I argued in a recent post, the bet here is that building a sense of community around the news product will invariably create opportunities to monetize that community identity, whether through memberships, pledge drives and crowdfunding, live events or other business strategies.

So far, this remains an unproven wager, which is why Hearken’s success — or its failure — could tell us a lot about where the journalism industry is going.