You’ve Got Mail – Again: Rethinking the Role of Email Newsletters 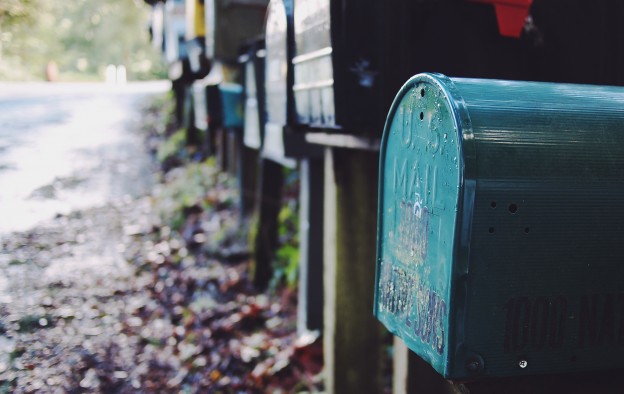 As the online managing editor at The Daily Tar Heel, she uses social media to distribute the stories of the University of North Carolina student newspaper. But after using the same channels for years, crafting posts for social media started to feel stale and formulaic.

And then, the daily email newsletter theSkimm took off in popularity among her peers, as well as in other campuses.

theSkimm was able to reach a younger audience by summarizing big news stories – everything from ISIS to Fed rates – using an irreverent, friendly tone that was easy to skim, as the name suggests.

“It changed the way I treat my email — it’s now about news and updates and not just homework assignments and work projects,” said Weekman, now a senior at UNC. “I don’t actually see email newsletters as a dated technology at all.”

For Weekman, email allows her to go beyond the 140-character limit or the whims of the Facebook algorithm and write more freely and openly in a longer format.

“I love the idea of breaking down and presenting news in a fun and relatable voice,” she said. “Newsletters allow us to plug what stories we think are the most important, deliver them directly to people and use a voice we know students will enjoy.”

But the appeal of email isn’t just limited to a retro novelty, like the vinyl records of digital distribution tools. It makes a real difference in the site’s metrics.

Since launching the Daily Tar Heel’s daily newsletter, Weekman has observed a few hundred more clicks per day to their site compared to the previous year. Using the newsletter service Mad Mimi she can see what’s been accepted, bounced, viewed, engaged with, shared and forwarded. It’s early in their experiment, but they’ve already managed to build a buzz and get positive feedback from students – as well as other news outlets.

And if you want to talk about measuring impact? Weekman has a metric for that:

“Probably the best measure of success is that other college media outlets asked if they can copy and learn from us,” Weekman said.

But email newsletters aren’t just an experiment in college newsrooms. Over the last few years, several news apps have come and gone, including Circa, Zite, Trov and Pulse. But email has persisted.

Over the weekend, entrepreneur Jason Calacanis announced that he was joining the group of shuttered news apps and pivoting his Inside.com service to the tried-and-true.

“I’ve been beating my head against a wall for the last two years trying to make a news app experience work, and despite great reviews, I’ve failed,” he wrote on Medium. “So, we’re giving up on the Inside.com App and focusing 100% of our efforts on a medium that’s resulting in much better engagement — email!”

He’s not alone. Email is an integral strategy for driving traffic even at cutting edge social media-driven sites, such as BuzzFeed.

“For media websites, a well-done newsletter can be a crucial source of traffic,” writes BuzzFeed News Reporter Katie Notopoulos. “Consider this: The amount of traffic BuzzFeeds gets from our newsletters is almost as much as we get from Twitter. Not just our own Twitter account, but all of Twitter.”

Currently, BuzzFeed has 12 email newsletters that range from weekly (This Week in Cats) to weekdays (BuzzFeed News) to daily (BuzzFeed Today).

Nick Andersen, associate producer On Point Radio, obsessively tracks the email newsletters from Politico. He uses them in his job as a producer — to book guests and track political opinion and news items — and as an avid news reader to stay up-to-date on what’s happening in national politics.

“I never, ever visit the Politico homepage, but I subscribe to at least 15, if not more, of their varied newsletter options,” he said. “I know Politico might have newsletter glut, but I’m totally OK with that.”

Calling on his love of Politico’s email newsletters, he launched the first newsletter for On Point Radio. The concept was simple: Have news analyst Jack Beatty, who lives in New Hampshire, write up all his thoughts in a newsletter leading up to the state’s primary. Using the attention from the high-profile election, they could then migrate the subscribers to a list with content about their shows.

“Success right now is kind of open-ended,” Andersen said. “We just want to grow this list as much as possible with the bubbling excitement around the New Hampshire Presidential Primary. The ultimate measure of success is how much traffic the eventual evolution of this project generates back to our site and how many new listeners we can attract to our program.”

Andersen created the newsletter with MailChimp “out of a desire to avoid Constant Contact” even though his station had a full version of that software. He enjoyed using MailChimp’s templates, plug-ins and list building tools.

If email is undergoing a renaissance, then MailChimp is its Michelangelo. The email newsletter service gained notoriety as the sponsor of Serial (Mail…kimp?) and today sends out more than 600 million emails per day.

MailChimp has endeared itself to media outlets by focusing on content creation, and not just e-commerce like other email service providers. It also offers the first 5,000 subscribers free as well as another free minimalist service called Tinyletter.

Full disclosure: I have my own MailChimp newsletter and weekly Tinyletter, which I use to aggregate and send what I’m reading and writing to friends and readers.

The free-flowing newsletter formats allow outlets to experiment with content, take chances and try new things as they grow their list. The extreme version of this is the Awl, which changes its format each newsletter.

Andersen sees newsletters as a slower, more thoughtful alternative to the frenzy of social media. When clickbait and sensationalism can often overtake news feeds, email can succeed for media companies by providing a throwback to a message that feels more intimate and authentic.

“We imagine (hopefully) that if our listeners have time to listen to our two-hour daily broadcast, they might have time to read a quick note from our host, our news analyst, or our production staff on a related topic,” Andersen said.

Weekman, the online managing editor at UNC, has become so interested in the newsletter format for media that she is working on an independent study project on the topic. On her website, she analyzes email newsletters from different media outlets, such as The Atlantic, the NYT Morning Briefing and BuzzFeed News. Her analysis also, of course, comes in email newsletter form.

Some of the top-level findings of her newsletter independent study includes:

Analyzing other outlet emails has only grown her enthusiasm for creating her own newsletters. After focusing on increasing subscribers, she now switched attention to open rates and engagement. She’s also invited feedback from readers to refine their offerings.

“We sent out a survey asking people all sorts of things, like what voice they want us to use and how long they want our newsletters to be,” she said. “They didn’t want us to change anything, which was surprising.”

That keeps her going when she has to put together a daily newsletter on top of her regular social media posts.

“Honestly, we’re so tired by the time we finish this newsletter every night at 1 a.m.,” she said. “The fact we’ve never missed a day juggling this on top of all our other efforts is a huge success.”