Could the Future of Sustainable Hyper-Local Journalism Lie With Stay-at-Home Parents? 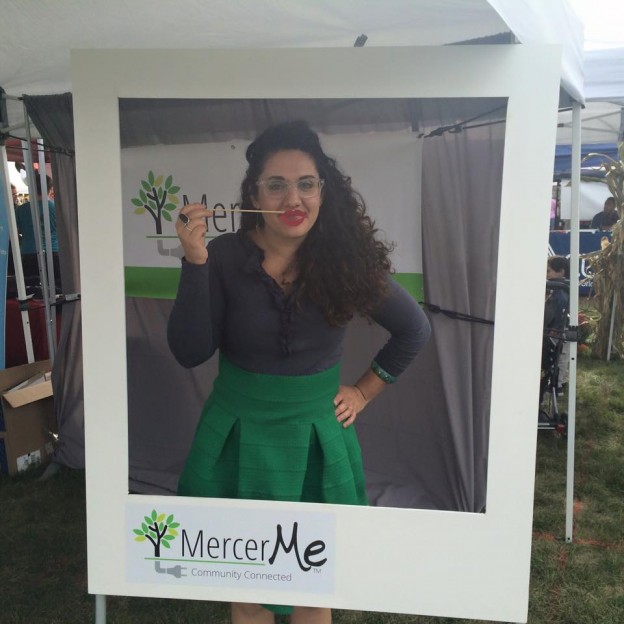 When Mary Galioto is not taking care of her two daughters, aged 7 and 4, she runs a hyper-local website in Mercer County, N.J., called MercerMe.

Her oldest girl is in elementary school and the youngest goes to daycare four mornings a week, which is when Galioto gets a lot of her work done. When the girls are home, she’ll occasionally stick on a TV show to do a phone interview. Otherwise, she covers municipal meetings at night when her husband is home from work.

"We need local journalism. But this is not a legitimate business model if you can’t do it without having someone else’s primary salary to sustain it.” - Mary Mann.

She’s constantly dipping in and out of the site, seated at the dining table or on the couch in their small but lovely historic home, carrying around a tote bag with the paperwork she needs when she’s working.

Hers is a familiar parental juggling act to be sure. But Galioto loves it. Operating the site gives her the flexibility to be around for her kids and work, which she would not be able to do if she was still working as a lawyer for the state of New Jersey.

Word of her site has spread since she launched two years ago. Last month she got a little under 20,000 page views and increasingly people from the three towns she covers have come to rely on her site for news. It’s rewarding, challenging, creative and important, she says. It felt to her that there was a need for news in the towns she covers that was not being filled.

For now, MercerMe is not profitable. It’s a distant goal, but at the moment Galioto’s husband’s job as a lawyer pays the bills and provides the benefits. Her costs are very low: a couple hundred dollars per month on promotions to get the word out and site hosting fees. Besides, she had already quit her job before she started the site and was taking care of the girls, so there was no expectation that she needed to bring in income.

“[Profitability] is a goal,” she says. “It hasn’t been a pressing immediate requirement.”

Lots of different types of people run hyper-local websites for all sorts of reasons. Many are former journalists who’ve taken buyouts and want to stay in the game. But the ease with which anybody can set up a website combined with the cultural shift that no longer says you have to be a formally-trained journalist to do journalism has lured women like Galioto into the game and emboldened them to give it a go.

They like being able to work from home, be around for the kids, have no boss and have complete flexibility. Sometimes, as in the case of Galioto, there’s no pressure to make money because they’d already made the commitment to stay at home with the kids and put their careers on the back burner. Their spouses provide the primary income and benefits, so anything extra that the site brings in is gravy to put toward a vacation, or sock away in a college savings fund. Their outgoing costs are small.

Plus, they say, there are non-financial benefits that you can’t put a price on like the satisfaction of providing a service to the community they live in and where they are raising their families.

This parent-based hyper-local business model is an important one, says Matt DeRienzo, interim Executive Director of Local Independent Online News Publishers (LION Publishers), a network of 135 hyper-locals in 35 states. He says it’s hard to quantify how many hyper-locals are using this model, but anecdotally he says it’s a familiar one. And some are making more money than others.

The business model they employ, he says, is indicative of the fact that the singular advertising model of legacy local newspapering is being replaced by a plurality of models. Some sites might make 25 percent profit margins like newspapers of old, he says. Others could be non-profit, still others might be totally crowdsourced. Having a business model that is partially sustained by a spouse’s salary and benefits is just another way of doing things, he says.

“It’s important because if the model didn’t exist we wouldn’t have these voices in these communities,” says DeRienzo. “We have women who are out there leading the way.”

And, he adds, it’s not just moms who are staying home and juggling journalism, ad sales and kids — dads are too.

Dan Whisenhunt posted this to a group chat seeking advice on posting to a website with a smartphone.

LION Publishing member Dan Whisenhunt started up Decaturish in Decatur, Georgia, two years ago before his now ten-month-old son, Jean Pierre (“JP”), was born. His business depends on the support of his wife, who has a day job in email advertising. Her job means he can stay home and take care of JP, and grow the site, which gets on average 200,000 page views a month.

Unlike Galioto, Whisenhunt had a background in newspaper journalism and had already been doing Decaturish for about a year by the time he and his wife started their family. Having the site already up and running — with an ad-sales rep on a commission-only basis and freelancers writing stories — made the decision to start having kids easier, he says, knowing that he could be at home to take care of the baby while trying to generate some income.

That’s not to say it hasn’t been challenging: Recently he posted on a LION group chat asking if it was possible to use a smartphone to post to WordPress with one hand because he found himself constantly cradling JP in the other.

The answer, he learned, is ‘No.” That’s why he took on a part-time associate editor. Paying her salary and other costs mean that much of their profits are plowed back into trying to grow the website — something he hopes to be doing for a while as JP grows up.

“It’s not a six-figure business, but I’m not in debt and I’m able to grow the business,” says Whisenhunt, whose goal is to create a sustainable online-only revenue model that will provide quality journalism to his readers for free.

While some of these sites start out with low expectations of making money, others, like The Village Green, a hyper-local in suburban New Jersey, are allowing their founders to stay at home with the kids and make money.

Mary Mann, one of two women running the site, says she wanted to be at home to raise her two middle schoolers. She’s also working on her Master’s degree. Some days she puts in ten hours on the site, which they launched in 2014; other days just three.

But making money has always been a goal for her. For 2015 the site took in revenue of $92,000 out of which she and her partner were able to pay themselves $25,000 salaries each. She would like it to be more, however, and has taken on freelance work to boost her income. There’s only so much you can push the site to be profitable, she says, and growth can only happen at a certain pace.

Mann would like to see more foundation money available to support hyper-locals like hers. When she and her partner launched their site, they benefited from a $2,500 seed grant from The Center for Cooperative Media, which works to support local journalism in New Jersey and is partially funded by the Geraldine R. Dodge Foundation. Galioto was also a recipient of a similar grant when she launched MercerMe.

(Note: The author has written in the past for The Center for Cooperative Media, which is housed at Montclair State University, where she teaches.)

But Mann thinks there needs to be much more foundation money to help sustain hyper-locals run by parents like her, who are raising their kids AND performing a valuable civic service.

“People come up to us and say, ‘You must cover this. You must write a story about that.’ As if we’re a public utility,” she says. “We need local journalism. But this is not a legitimate business model if you can’t do it without having someone else’s primary salary to sustain it.”

One response to “Could the Future of Sustainable Hyper-Local Journalism Lie With Stay-at-Home Parents?”