How Quartz is Bringing Storytelling, Interactive Design to Sponsored Content 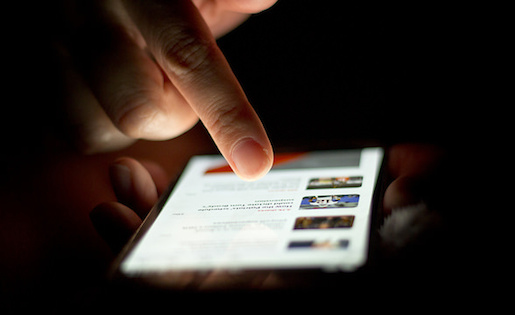 “Your last glorious run of green lights was no accident.”

That’s how Quartz, a digital news outlet, opened a story detailing how Siemens is using data to reduce congestion and improve traffic patterns. The piece contains 600 well-written words, two Quartz-style charts and one interview with a Siemens sales manager. Prominently displayed at the top, bottom and on every graphic are the words “Sponsor Content” in bright orange lettering. “How data is generating green lights to keep you moving on the road” is a piece of native advertising paid for by Siemens and written by Quartz’s marketing team. It’s also a perfect example of how Quartz is bringing compelling storytelling and design to sponsored content.

"In short, Quartz is working to master the business of creating sponsored content that complements a brand and draws in readers rather than simply displaying traditional ads."

Quartz is owned by Atlantic Media and staffed by financial and business journalism veterans drawn from legacy media like the Economist, the Wall Street Journal, the New York Times, Bloomberg and the Financial Times. Last September, Quartz drew 16 million unique visitors from around the world, the majority on their mobile devices.

In addition to their daily news output, Quartz sends out three email digests whose delivery and content is optimized for three time-zones: for Europe, India and the Americas.

Quartz’s popularity and digital-first design is a model for 21st century news distribution and coverage. But so is its revenue model. Quartz is known in the industry for charging exceptionally high advertising rates to its clients, which represent mostly luxury brands like Rolex and Lexus, as well as companies like United Airlines, Vanguard investments and Chevron. But, rather than solely running videos from these brands or static materials that boast their products, Quartz uses an in-house creative team to extract relevant stories and tangential ideas that, when designed and built with interactivity and compelling story lines, read more like news or lifestyle pieces that cuts across industries and interests.

An example of sponsored content on Quartz. Screenshot courtesy of qz.com.

In short, Quartz is working to master the business of creating sponsored content that complements a brand and draws in readers rather than simply displaying traditional ads.

And so far it’s paying off.

But it’s sponsored content that’s become the bread and butter of in-house advertising departments in news organizations. With audiences balking at subscriptions and banner ads commanding rock bottom rates, news organizations have jumped head-on into sponsored content to raise revenue. BuzzFeed’s in-house marketing team has made listicles for television shows like The Hero and brands like Corona. Gawker’s creative services department, [email protected], has run contests for Gatorade and The Walking Dead and reportedly generates one-third of its revenue from native advertising. The Huffington Post serves up Pillsbury recipes with Thrillist. The Atlantic is currently running a large sponsored content campaign for Xerox. Wired is featuring a Netflix campaign. The list goes on.

So how does Quartz get away with charging so much? How do they guarantee advertisers will win the eyeballs of their business savvy, cellphone-clutching readers? To find out, Storybench asked Quartz about how the sponsored content they run is pitched, refined and built.

Creating a subtle halo around the brand

Quartz has worked with 140 different advertising partners since its launch in September 2012. So today, most of Quartz’s native advertising is repeat business. When a client and their agency come to Quartz with an idea or a new product they want to sell, Quartz runs the campaign through a process that includes a design team, a development team and a branded content team. The first step is to deconstruct the idea and come back with pitches that could run as sponsored content.

For example, for the new Lexus NX Turbo, Quartz broke the car down to its marketable components: the product combines the aesthetics of a bold luxury automobile with the practicality of a Sport Utility Vehicle and the performance of a turbocharged engine. Using those ideas, Quartz decided to build an interactive visualization that was a bit of a departure from a standard car commercial. The interactive communicated how these aspects of product design influenced products as diverse as electronic ink, on-demand video and tabbed web browsing. It’s a bit of a leap, but Lexus went for it. Quartz calls these kinds of ads “Bulletins.”

Sponsored content for Lexus about influential products in electronics.

“We’re usually provided with an outline of what the partner is looking to talk about,” explains Matt Chamberlain, senior director of branded content at Quartz. “For Lexus, it was a new vehicle that they wanted to appeal around the ideas of design and technology. We’re using those kernels of ideas and developing what we think would be the most interesting interpretation of those ideas. We develop pitches and send those back to them and we incorporate visuals as much as we can.”

But it’s not always simple to convince clients that it’s worth straying from their conventional message, says Jane Grenier, Quartz’s executive director of client services. “Branded content is a terrain where not everyone is comfortable. Navigating and negotiating expectation is part of the minefield we tip-toe through.”

“‘We didn’t know we were in for this,’ is what clients sometimes say,” Grenier tells Storybench. “When we serve up a draft of the Bulletin that is a little voicier, they react against it strongly.” Which is where the finessing comes in.

In a sense, the client needs to trust that Quartz’s team knows how to come up with compelling content. What Quartz has done so well on the journalistic side can be replicated for them on the advertising side. Just look at these Bulletins on entrepreneurship in Africa for G.E., global economic competitiveness for Bank of America and Millennials in the workforce for Workday.

Quartz’s sponsored content model, which is spreading quickly, takes advertising one step further. Advertisers should trust a news organization’s instinct, they say. Quartz knows what its readers want and how they want it, and they’ll get your brand in front of those readers, even if it seems the message has been edited, augmented or bent to the readers’ interests. “The client and agency are actively interested in engaging readers with content we have but that is interesting to the readers,” says Grenier. “We are creating a subtle halo around the brand rather than directly lighting up brand features.”

Photo by jeshoots.com and used with Creative Commons.

If the bread and butter of Quartz’s advertising team is building compelling sponsored content, then its ace in the hole is the web technology that ensures ads are seamlessly displayed on the Quartz site. Apostolis Haitalis, director of creative engineering, gave Storybench a rundown of the technology Quartz uses to create a unified structure for all of their advertisements, or units, as he calls them.

“We’re using Yeoman to create the folder structure and boilerplate code for all our units,” says Haitalis. “We use Grunt [a workflow automation plugin] to run certain tasks like minifying our code and creating a server to run units and test them. And we use Slack for deployment.”

These software and plugins allow Quartz to leverage the latest technology for delivering dynamic, interactive graphics. They key here, explains Haitalis, is that Quartz’s development team packages all their technology into discreet modules that are simple to reuse for each new ad.

As for the display, or front-end development, of Quartz’s ads, “All our units are built using HTML5, Javascript and CSS,” says Haitalis. For something more ambitious, like a sponsored content feature for General Electric called World In Motion, Haitalis’s team used a WebGL framework for 3-D rendering, as well as the Threejs Javascript library. Asked if it was a nightmare to build the three-dimensional experience that took nine months to develop, Haitalis simply responded: “The World in Motion was one of the funnest projects we worked on, that’s for sure.”

Quartz also tracks its users as they interact with sponsored content. That’s crucial for improving the technology and the stories Quartz’s creative team is telling.

“We want to see how users are interacting with our units,” says Haitalis. “We want to understand when a user actually sees a unit and how they behave. We track their path within this unit. How many interactions, clicks, and time they spend within the unit.” This tracking and interaction data sheds light on why and when readers disengage from ads. It also helps Quartz improve advertising — as well as editorial — experiences and better sell clients on the readers they intend to snag.

To staff their creative department, Quartz recruits a diverse team of researchers, writers and editors. “This creates a cross-discipline nature to workshop ideas together and hone them in-house,” says Chamberlain. But every project is different and sometimes they opt for a freelance writer or illustrator to take on an aspect of the project.

“We’re often seeking out the best writer on the subject we’re pursuing or the best illustrator,” he explains. For a recent United Airlines campaign about the history of entertainment in flight, Quartz hired an artist to create a series of illustrations depicting the evolution of in-flight entertainment since the dawn of commercial air travel.

So, whether you’re a copy editor, writer, illustrator or researcher, advertising experience is not a must to get into the sponsored content game. Chamberlain notes that Quartz tends to hire writers based more on subject matter expertise than branded content experience. That has been good news for freelancers.

Critics of branded content say that the advertisements are too often misleading and even deceptive in their design, that consumers can’t clearly distinguish between sponsored content and editorial content. In order to address this, the Federal Trade Commission today unveiled guidelines for how sponsored content should look on the Internet, meaning we’ll likely see more prominent labeling and disclosure of native advertising to ensure transparency. What we’ll also see, though, is more news outlets replicating Quartz’s tactics which means a move towards more compelling and relevant advertising.

This piece was initially published on Storybench, a cookbook for digital storytelling. Storybench is a collaboration between Northeastern University’sMedia Innovationprogram, a new graduate degree in digital journalism, and Esquire magazine. Storybench provides an “under the hood” look at the latest and most inventive examples of digital creativity and the tools and innovation behind them. Follow Storybench on Twitter and Facebook.