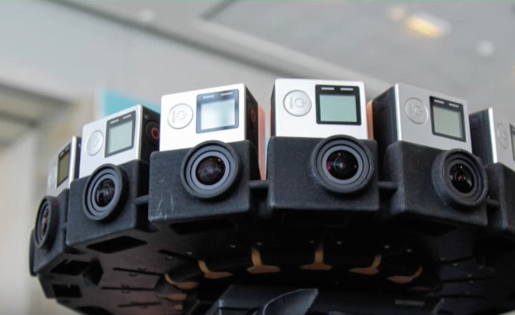 Immersive 360-degree content is part of what makes virtual reality journalism so compelling, but involves its own complications. Screenshot courtesy of RJI.

This week we look at capturing and delivering immersive virtual reality content and we get some tips on tailoring news for the Apple Watch.

"For us, the ideal scenario is if news is breaking near you, you can go and see it on your watch; you can see what it is. If not, you can tip us from it." -- Cory Bergman, co-founder and general manager, Breaking News

As more news organizations jump into immersive virtual reality storytelling, we highlight a few options for putting the finished material online and explore some of the complications of creating immersive VR content.
Reporting by Andrew Hébert.

A few options for viewing and uploading immersive VR content:

PART 2: News for the Apple Watch

Among the first news outlets to optimize a mobile app for the Apple Watch was NBC News Digital Network’sBreaking News. We sat down with co-founder and General Manager Cory Bergman to get some insight into the possibilities offered by the wearable platform.
Reporting by Adam Pressler, Reuben Stern and Rachel Wise.