4 Ways to Boost Engagement Beyond Clicks, Likes and Retweets 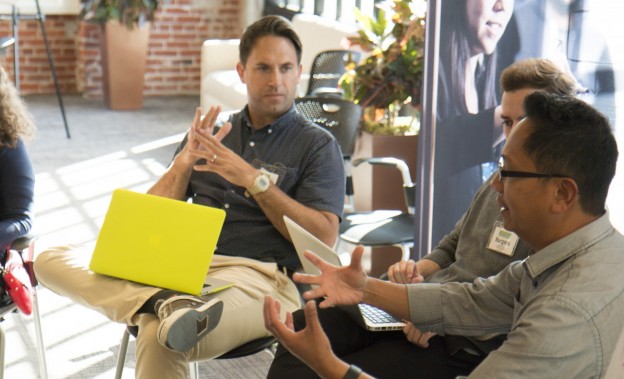 “I struggled to convince my co-workers that my job was about more than social media." - Rachel Damgen

In January 2015, Rachel Damgen was feeling excited for her new role as the first-ever engagement editor at the Island Packet, a mid-sized daily newspaper in South Carolina. But eight months later, she was already feeling burned out.

“I really struggled to convince my co-workers that my job was about more than social media,” she said. “That was a hard thing to explain.”

Job listings for “engagement editors” have been popping up around the country, but as Andrew DeVigal explains in a recent MediaShift article, that doesn’t mean the same thing in every newsroom. At the Island Packet, for example, Damgen’s responsibilities focused on managing the newspaper’s Facebook and Twitter accounts, and although she succeeded in nearly doubling the web traffic generated through social media, Damgen left the paper last summer feeling as if true community engagement had eluded her newsroom.

At the Experience Engagement “un-conference” in Portland, Oregon, Damgen and other practitioners discussed how to push the definition of engagement beyond clicks, likes and retweets and toward engagement strategies that amplify diverse voices, improve civic participation and strengthen communities. Here are four of their big ideas.

In the rush to put out a daily newspaper or produce a nightly broadcast, journalists rarely get the opportunity to press pause and evaluate the strengths and weaknesses of their engagement efforts. The result, Damgen says, is that newsrooms end up sticking with the status quo while missing opportunities for more effective engagement.

“At my paper, there wasn’t a structure in place for us to talk about the values guiding our work,” she said. “We weren’t sitting down and saying, ‘These are the communities we’re not reaching. How do we reach them?’”

To challenge existing routines, news organizations first need to be purposeful about defining engagement goals within the context of their civic mission. This means evaluating newsroom practices and identifying where they’re succeeding and where they’re falling short. Are news and information reaching vulnerable community members? Is the community’s racial, cultural and socioeconomic diversity reflected in the newspaper’s coverage? Are reporters earning the community’s trust? To get to the answers — and then the solutions — journalists can begin by asking the questions.

“One thing that really frustrates me about daily newspapers is that we call the same sources and see the same people at the same meetings,” Damgen said. “There are entire pockets of the community that aren’t part of our normal routine.”

When reporters rely exclusively on “official” sources in their stories, the news becomes a megaphone for the powerful rather than a platform for the community’s collective voice. To fix that problem, journalists need to expand their Rolodex of community sources and then, as I discussed in last week’s post, listen to those sources with more than quotes or headlines in mind.

The good news: In the age of Twitter hashtags, social media profiles and tools like GroundSource, fresh voices are more accessible than ever. The challenge, however, comes in breaking journalists’ habitual reliance on sources with long titles and official government positions. Imagine if, instead of keeping the mayor’s office on speed dial, a reporter’s first phone call for a story about urban development and gentrification went to a trusted “community listener” who could connect that reporter to impacted neighbors and other sources who are less often heard? The outcome undoubtedly would be a more diverse news product — and, in turn, a more engaged community.

Despite their doggedness in exposing injustice, rooting out corruption and reporting on social ills, journalists haven’t always applied the same persistence to uncovering stories of success or solutions in their communities. As a result, news consumers become more likely to experience “apocalypse fatigue” and to simply tune out the media’s endless stream of bad news.

To keep communities engaged and to foster a sense of social agency, journalists need to build more positive stories into the regular news cycle. But that doesn’t just mean publishing light-hearted “firefighter rescues cat from tree” stories. It means embracing emerging approaches such as “restorative narrative” and “solutions journalism” that give audiences a deep sense of hope and agency, rather then leaving them feeling overwhelmed and helpless.

It should help that positive, solutions-focused stories appear to be audience favorites and that research shows that social media users are more likely to share uplifting articles than depressing ones. For example, when CBS Evening News aired a moving story in December 2014 about the Kansas City police officers who handed out $100 bills to unsuspecting motorists before Christmas, the video quickly received more than 40 million views online and inspired hundreds of comments like this one posted to Facebook: “Just when the light begins to fade on humanity,” the message read, “we are sent a burst of brilliance that blinds our eyes and hopefully inspires all of us to try just a little harder.”

Upbeat stories exist in every community, but journalists haven’t been trained to sniff them out as vigorously as, say, cases of malfeasance or corruption. For engaged journalism to take off, news coverage needs to strike a healthier balance.

Most newspaper journalists can fairly assume that their reporting will end up either in print or online. But what if a story’s target audience members aren’t likely to have newspaper subscriptions or even access to the Internet?

In these cases, effective community engagement requires some outside-the-box thinking about how to get the right information to the right people. These solutions can be innovative, but they don’t have to be high-tech. In 2013, when the Center for Investigative Reporting (CIR) produced a series about the country’s worst charities, they recognized that elderly Americans were the most likely to be targeted by scams and the least likely to encounter CIR’s content through conventional channels. Their solution: distributing informational postcards through Meals on Wheels in Sacramento.

“The postcards were intended to give people questions to ask if a charity calls,” said Meghann Farnsworth, CIR’s managing director of distribution, operations and engagement. “We recognized that the most vulnerable people for that story probably don’t consume media in the same way that you and I do.”