Why We Need a Streaming Service for News 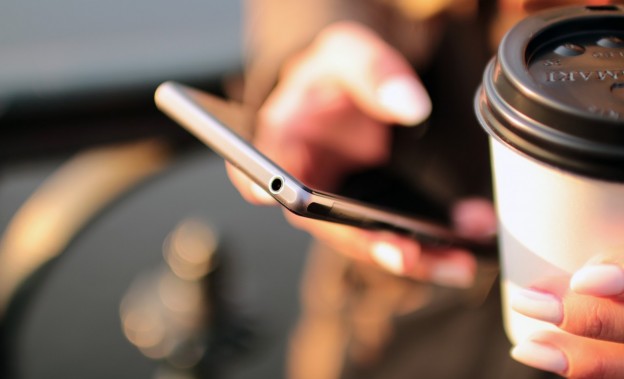 Photo by jeshoots.com and used with Creative Commons.

I remember the frustration of wanting to listen to music digitally but having no practical, legal way to do so. It took iTunes, music streaming and the inversion of the music industry’s business model to give me what I wanted.

Today I want something else that doesn’t exist: I want the ability to explore a variety of news from a variety of sources in an environment that is free of paywalls and bad ads. I’ll pay, but I only want to pay once.

What I want is a streaming service for news.

This option doesn’t exist for basically the same reason that legal digital music once didn’t exist: The publishers who fund most news content would lose some control over both their product and their economic model.

So what would it take to make news streaming happen? I think it would take either publisher cooperation on an unprecedented scale or a collapse of the news business’ economic model. If recent history is any judge, my bet’s on the latter.

Consider the similarities in the challenges the digital revolution has presented to the music and news industries:

But stop for a minute and think where music is now. In 2004, the recorded music industry made 98 percent of its money from physical sales of albums and CDs. When digital came along, that revenue plunged, but now total income is on the rise again. As of 2015, the music industry was making more than half of its money from streaming and digital and less than 40 percent from physical sales.

News? Despite a lot of attention to new digital news brands such as Quartz, Vox and BuzzFeed, the new news media economic model still looks a lot like the old-school music industry.

A 2014 Pew Center report determined that about 70 percent of the revenue that pays for news comes from advertising. Take old-school subscription-based newspapers and magazines out of the mix and that percentage would be far higher.

In other words, music and news faced similar problems, but music has rebuilt itself with a more diversified economic base and a model that connects creators with audiences. News … hasn’t.

Go on YouTube or iTunes and you can find Japanese schoolgirls singing heavy metal. But where do you go to find the long tail of news content?

What do news brands provide audiences?

We live in an era where the publisher of creative content just doesn’t matter as much as it once did. If I watch a show on HULU, I don’t much know or care which cable channel the show originally aired on.

Why is it different with news? I like data stories, but I don’t care if an interesting data story is branded from Vox, FiveThirtyEight or The Upshot; I’m just as likely to recognize the author as the brand.

Still, I’m not arguing that news brands are without value.

To reporters, news publishers provide salaries and press passes and connections to sources and plane tickets overseas. They work with advertisers and distribute content.

All of these things are important but they’re increasingly less important than they once were. After all — production, quality control, advance funding, marketing, distribution — you could make basically the same case for why we still need all-dominant music labels.

And they can all be addressed with a news stream that directly connects audiences with reporters.

I picture being able to explore a large variety of news content from a large variety of creators. If I like what the reporter is doing, I’ll add them to my stream. I could sift among them based on geography, point-of-view, coverage area — all of it.

This same service could allow reporters to ask audiences for help with a story. They might be looking for sources, good questions or the cash for a plane ticket to Turkey.

It might also connect brands with reporters, allowing a videographer, for example, to talk about the attributes of his camera in exchange for free gear.

The cost to me might be $10-$20 a month. As in music streaming, the money would flow back out to creators based on the size of the audiences that each reporter reaches.

Theoretically, news streaming could happen with news brands involved, but you’d need all of them involved. I’m skeptical that large publishers could be persuaded to work together in this way.

Some might say that the digital news business has been busy remaking itself lately. Digital news in the past few years has attracted more advertising dollars, more honors and more eyeballs. News brands are becoming more economically agile, making money from everything from events to conferences to subscriber-based premium services.

But there are some real problems on the horizon. Bad ads are increasingly getting in the way of online news consumption. They are slowing load times, particularly on mobile, and ad-blocking technology has publishers justifiably terrified.

People who care about news have been worrying for years about how to fund it, but perhaps we’ve focused too much attention on the needs of news brands and publishers.

Instead of funding publishers, let’s try funding journalists. Let’s give them a way to connect with news audiences in the same way YouTube stars connect with their fans. Let’s fund them in a way that’s proven to work on the web. Let’s clear a way for a streaming service for news.

Patrick Howe is an award-winning former political correspondent and AP newsman. He teaches multimedia journalism as an assistant professor at Cal Poly. His research focuses on the effects of advertising on online news.

3 responses to “Why We Need a Streaming Service for News”