Predictions for Surviving and Thriving in the Media Business in 2016 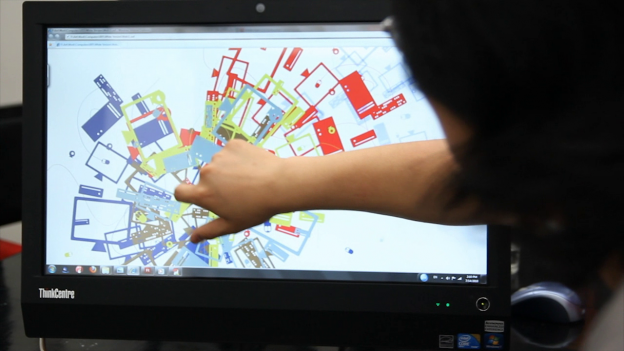 "Entrenched players will suddenly be disrupted and new players will be slingshotted with a speed never seen before."

We are living through an acceleration of history, and true to its name, its velocity is like nothing humans have ever witnessed before. 2016 is bound to be a blur. Benedict Evans from Andreessen Horowitz is right – “in tech, never is about 5 to 10 years.” That means the near future will be upon us more suddenly than we ever thought. Entrenched players will suddenly be disrupted and new players will be slingshotted with a speed never seen before.

At RebelMouse, we work with traditional and emerging media companies, B2B companies big and small, and B2C companies. We’ve taken all the significant conversations and data that comes with this work to give you a guide to surviving and thriving in 2016.

Content that is confined to a single website will not be able to succeed. The companies that see tech giants like Facebook and Google as a source of traffic to their websites will suffer as user behavior rapidly changes. It won’t be the twisting of knobs at the tech powerhouses that will shift this. Instead,the change will occur through the billions of clicks that reveal what we want to see and engage with.

Facebook’s Instant Articles will find its true monetization potential by releasing a promoted articles product, which will bring in billions in revenue and show the new, true face of native content while simultaneously giving media companies the chance to make back the money lost from ad blocking.

Social networks took the home page, and in 2016, they’ll take the article pages too.

Google’s Grip Will Rely on the Adoption of AMP

Google’s mission to organize the world’s information will become a desperate fight for survival for the company. As article pages move to the networks, and withG+’s failure to gain adoption, the company has already lost the position as rain maker-no longer dictating what becomes popular. If Google loses the ability to detect what is popular, the company will have a deep struggle ahead at the core search business. Search used to be *the* home page of the internet, but now, that’s moved to Facebook, social networks and messaging apps.

The Accelerated Mobile Pages is vital to the company’s battle to stay relevant, and providing an open source platform for the article pages that are moving out to the networks is key to its potential in continuing to understand the billions of clicks an hour the internet produces.

No Stack Media Companies Will Win

Media companies have been bearing the burden of enormous tech costs, building internal teams and technologies that have become liabilities instead of assets. This is because the entrenched media players are still largely led at the very top with a confidence and arrogance in spite of all the data being shown to them. The ones who hold on to their enormous technology liabilities(and the teams that built them) will find themselves sliding downhill faster than ever before.

The emerging media companies that are finding ways to be tech savvy instead of tech heavy are going to grow traffic and revenue at speeds we’ve never seen before. The days of skyscrapers in midtown are over for media companies, and 2016 will see more fall faster than ever before. We will possibly (but not likely) see a select few disrupt themselves with new properties and organizational changes that build a bridge into their future. This, however, is unlikely because most of the talent that understands this change has already left those big clumsy buildings.

My 3 children, who are all under age of 10, have never made it past the 5 seconds a pre-roll on YouTube forces them to watch through. Not even once. None of my friends, colleagues or peers have ever told me a story of a display ad they clicked on purpose and the awesome experience it led to.

Ad blocking technology will force marketers to face, with data, what they’ve been ignoring anecdotally for over a decade.

The marketers’ search for scale, trust and authenticity in the face of ad blocking is putting a lot of money at the table. But it will look a lot like the start of a Hunger Games competition. Ad tech has already lost the race to the center by learning all the wrong skills for nearly two decades. Legacy media companies are almost certain to arrive late, unarmed and the charm of their top execs won’t be much help in the battle. Equally, established agencies will be hindered, dragged down by the egos at the top who have been turning a blind eye to the talent draining out of their side doors. But new and emerging media companies have been learning to create content worth sharing in a distributed, cross platform world. Emerging agencies are behind in understanding editorial teams but ahead in understanding “brand values” and are better CMO whisperers, knowing how to turn their increasingly nervous energy into dollars.

Paul Berry is Founder and CEO of RebelMouse – the publishing platform for distributed content. He is also an advisor to Lerer Hippeau Ventures and serves on the Digital Advisory Board of American Express. Previously, Paul was CTO of HuffingtonPost and before that, Vice President at Related Capital. He is married with 3 kids and lives in Tribeca, Manhattan. You can find him on Twitter @teamreboot or at rebelmouse.com/paul.