Mediatwits #181: TV Rights Up for Grabs in the Streaming Age 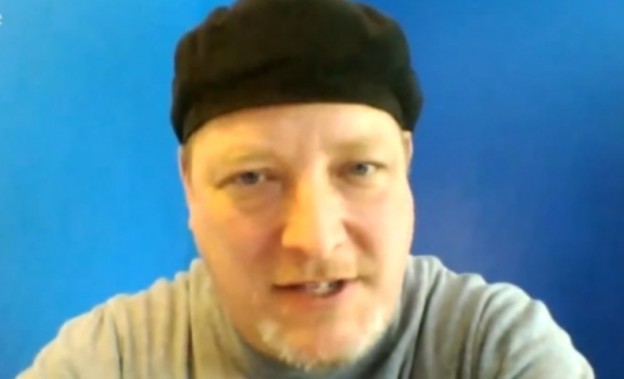 John Heinsen describes what producers are thinking about when they make a deal with Netflix.

The streaming media industry is still relatively young, but a recent story in the Wall Street Journal illustrates how the services are bringing massive change to the entertainment industry. According to WSJ’s Shalini Ramachandran, the executive producers of “Homeland” and 20th Century Fox studio are currently in a dispute with Showtime over streaming media rights. The point of contention revolves around episodes on Showtime’s Hulu channel. The channel allows subscribers to stream Showtime live and watch old episodes from the current season of shows, but the show’s producers don’t receive any of the subscription revenue. The producers are concerned the Hulu deal might affect their ability to sell streaming media rights in the future. This hasn’t been the only point of friction between streaming media and the television industry. In the Netflix deal for “How to Get Away with Murder,” ABC was able to add their logo to the start of every episode – something you don’t see on other shows unless the shows are Netflix originals. Major TV networks are also scaling back the number of ads they are showing to court younger viewers who are used to the ad-free experience on streaming sites such as Netflix. We’ll discuss these big changes wrought by streaming with special guests Eric Elia at Cainkade; John Heinsen, vice president of new media at the Producers Guild of America; Will Richmond, president of Broadband Directions LLC; and Andrew Lih at American University.

"With Netflix not giving out metrics, [are] people being paid a fair price for their content?" -John Heinsen

Eric Elia is President of Cainkade, a product design, and development studio based in New York and San Francisco. He joined Cainkade in 2012 after over 10 years as a pioneer in the online video space. Most recently, he was part of the founding team at Brightcove where he first oversaw product design, then founded and ran the in-house consulting business. Previously, he led the design, development, and strategy for the Comcast online service. Follow Eric on Twitter @ericelia.

John Heinsen serves as Vice President, New Media for the Producers Guild of America (PGA) and sits on the Executive Committee of the Producers Peer Group of the Television Academy. His company Bunnygraph Entertainment, work with writers, talent, and technologists to create serialized formats for television, interactive/web, and mobile platforms in what he calls “Storytelling through Advanced Content”.

Will Richmond is editor and publisher of VideoNuze, a widely followed online publication which provides daily original analysis and curated news for online video decision-makers available at www.videonuze.com. Earlier in his career, Will spent 8 years at Continental Cablevision (then the 3rd largest U.S. cable TV operator), where he was VP, Business Development and part of the founding team of Continental’s pioneering broadband Internet access service “Highway1”. Subsequently he served as VP, Business Development for CMGI’s iCast and for Narad Networks.

For cord cutters, the dream is to be able to watch shows on networks such as HBO or Showtime without buying a cable bundle with a bunch of channels they don’t watch. And we’re starting to see the idea gain traction with HBO Now, and Showtime on Hulu. The reason streaming services are gaining ground is evident. According to a report from Business Insider, 79 percent of millennials surveyed said they used Netflix while only 3 percent did not use any streaming video service.

At this point, it’s likely we’re going to be seeing more money pouring into streaming video. Bloomberg is reporting that Amazon is working on adding on-demand networks available through its Prime Instant Video service. Vimeo seems to be hoping to emulate the success of Netflix and Amazon with its own line of original series. Even more worrying for networks and cable providers have been the loss of subscribers. In the last two years, ESPN has lost 7 million subscribers, while Netflix has increased its subscriptions by 40 percent in the same time.

How much power will the streaming services gain in the future, and what moves will producers have to make? Have you cut the cord to cable because of streaming video? How should streaming rights be negotiated?