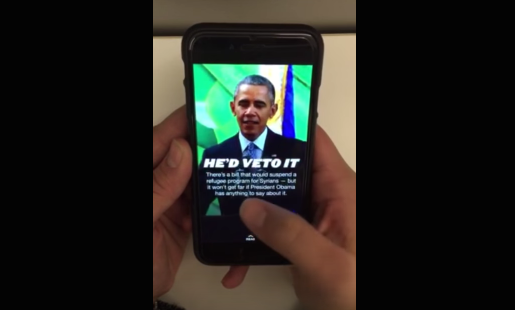 The push for vertical video comes a lot from the way audiences are naturally viewing videos on their phones -- vertically. Screenshot courtesy of RJI.


This week we explore what’s different about creating and displaying video in a vertical format — in other words, aligned to the way mobile audiences tend to hold their smartphones.

"A big part of the push for vertical video came from apps outside of traditional news." -- Katy Mersmann, Futures Lab

News organizations like Mashable and the New York Times have published experiments with video optimized for vertical smartphone screens, while AJ+ has embraced square video as a way to serve both mobile and desktop viewers.

Our report explains some of the reasoning and challenges involved. It also provides an example of how traditional news video might look if turned in a new direction.